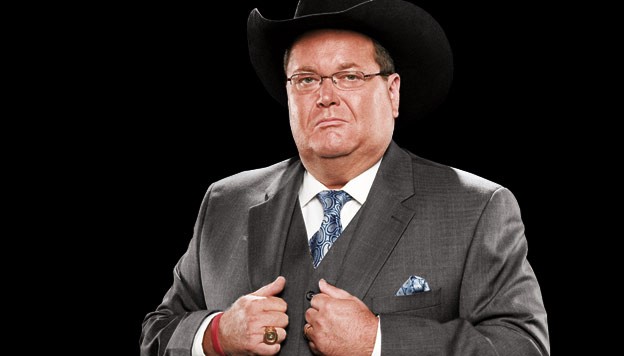 After a couple years away from WWE, Jim Ross is returning with his headset.

On Sunday night at WrestleMania 33, Ross returned to ringside for the first time since the unexpected death of his wife, Jan, on March 22nd of this year. The sudden appearance of Ross was well received and fans should be excited to hear he’s sticking around.

Ross is returning to be an occasional voice of WWE matches on a two-year deal.

“They’ve got a lot of things that I can contribute (to), and I’ve been so blessed in the business that I’ve done so many different things,” Ross told Sam Gardner of Fox Sports. “I’ve been an administrator and a syndicator, a marketing rep, a VP of broadcasting, a head of talent relations. But the fun part is what I did tonight (on Sunday).”

“I hope to have more ‘fun part’ assignments in the future, but I’ve got my jersey back. So if the team needs me to play, to work more than they anticipated because they need it, I’m in.”

The 65-year-old broadcaster called the Undertaker’s loss (and potentially last match) to Roman Reigns with Michael Cole and JBL on Sunday. It was his first official broadcast with WWE since 2013, when he first retired from the WWE.

While JR’s wife only passed away a couple weeks ago, Ross admitted he needed to get back to work, and returning for at least two years to WWE is the perfect place to start.

“I’ve had some skeptics say, ‘Well, JR didn’t grieve very long. He’s already going to Orlando,’ and it pisses me off,” Ross said told Gardner. “How do you know I’m not grieving? What are you, Carnac? Are you some mentalist? And how do you have the audacity to say I’m not grieving about losing the love of my life, my angel? They say, ‘He’s already back at work,’ but what did you want me to do? Sit at home?”

“I lost my best friend and soul mate, 24 years together. And I could have not come and sat in the darkness and cried more. But I was tired of crying, and I wanted to get around people that I knew loved me.”

Ross and WWE haven’t announced his next broadcast date yet (or how many events or matches he’ll call), but I’m sure fans are hoping it’s sooner rather than later.

This is great news. @JRsBBQ is the best and this is just right. ??? https://t.co/8lEzmgVkLQ

After being at WrestleMania I went back to the room to watch the @WWENetwork and hear the call from @JRsBBQ last night. So glad you're home!