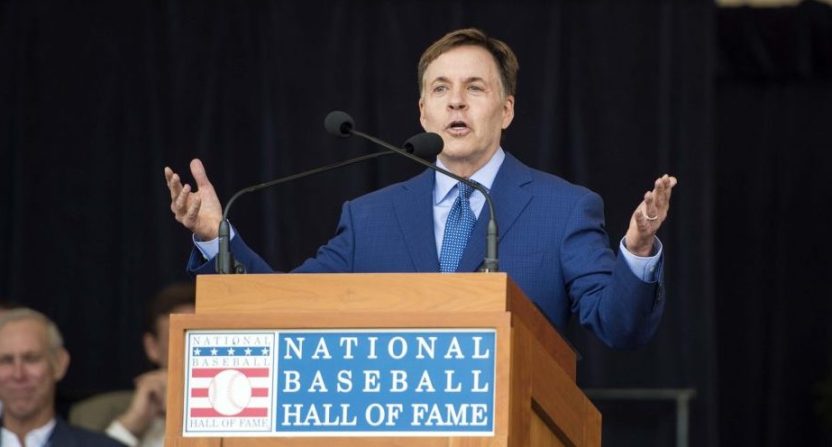 With the NBA returning to a normal schedule this fall, Ernie Johnson will be much busier for Turner Sports, and won’t be able to host Turner’s NLCS studio coverage this October.

So, it appears Turner is going to turn to a familiar face to host that coverage – Bob Costas.

Per the New York Post, Costas and TBS are in talks about the NLCS hosting job, with Johnson still in line to host Turner’s studio coverage surrounding the NL Wild Card game and the NLDS.

Johnson was slotted into Turner’s MLB studio coverage last year as a replacement for Casey Stern, whose life was upended after nine felony charges of cruelty to children were filed against his ex-wife and her boyfriend. Earlier this year, Stern filed a discrimination complaint against Turner Sports and WarnerMedia for pulling him off the air.

If Costas does get the NLCS gig, he’s expected to be joined on set by Turner MLB stalwarts Pedro Martinez and Jimmy Rollins, along with Curtis Granderson (who replaced Gary Sheffield last fall). Costas is already a part of the larger WarnerMedia umbrella, hosting a new interview show on HBO while also contributing to CNN. He also still works for MLB Network, and typically calls the network’s two Division Series games each October (though last year, Matt Vasgersian had the honor). This year, those will be American League games, with Fox having the World Series and the rest of the AL playoffs (aside from the Wild Card game, which will air on ESPN) and Turner having the NL playoffs.