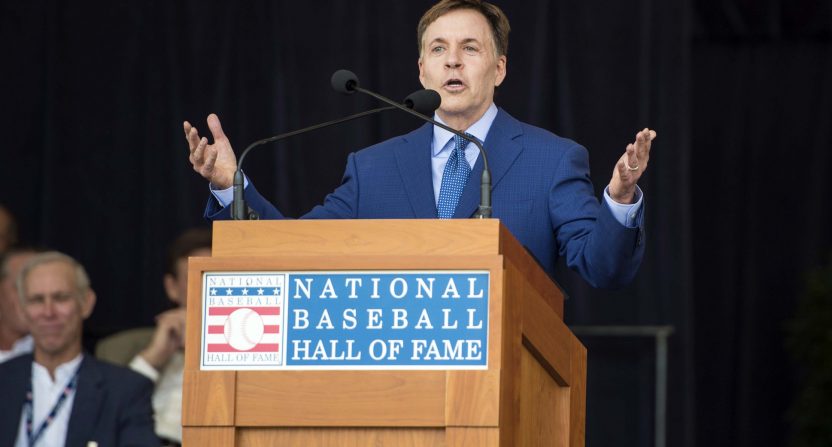 HBO announced on Friday that Bob Costas would be hosting a new interview show for the network.

Back on the Record with Bob Costas premieres this spring, and will air four episodes a year. It will be an interview-centric show, and will also include both roundtable discussions and commentary segments from Costas.

The series, which will air four episodes each year, will be driven by in-depth interviews with the biggest names in sports, entertainment and popular culture, and discussions led by Costas that will address today’s most topical sports issues.

Each episode of the series will feature extended conversations with the biggest names in sports, from present-day superstars to legends of the past to commissioners and other newsmakers from the sports landscape; roundtable discussions with compelling figures from the sports world and beyond; and signature commentaries from Costas himself that capture his distinctive voice and point of view.

Back on the Record will air on HBO and stream on HBO Max. Costas will continue in his roles with MLB Network and CNN. He presumably will not be opening a Twitter account any day soon.

Previously, Costas hosted On the Record with Bob Costas on HBO. After four seasons, it was retooled into Costas Now, which ran for three more seasons.

Costas had a near four decade run at NBC come to an end in 2018. Some of his commentary segments on Sunday Night Football, which often did not stick to sports, inevitably generated controversy and rubbed some people the wrong way.