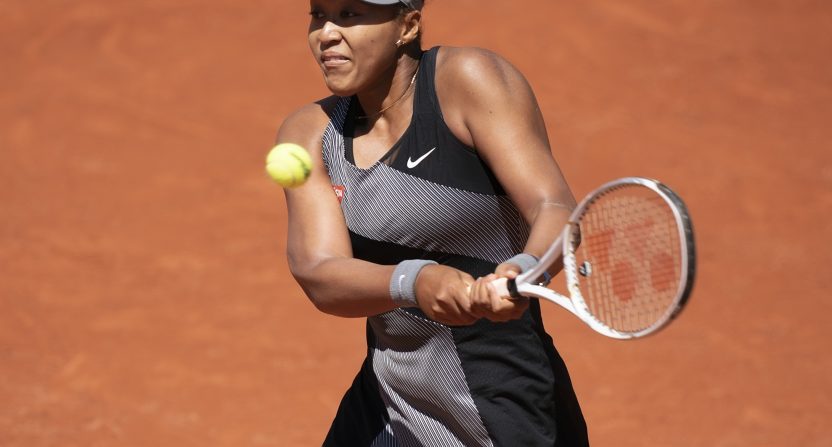 One of the brightest stars in the world of tennis won’t be participating in the French Open after all.

On Monday, Naomi Osaka announced her withdrawal from the tournament in order to focus on her mental health. Through a statement she tweeted out, Osaka said she had suffered from depression since the 2018 US Open, apologized to any journalists she hurt, and said she would continue to work to make the media experience for everyone involved better.

Here’s a brief timeline of the last week when it comes to Osaka. Last Wednesday, she announced she wouldn’t be speaking to the media at the French Open, claiming the media had a lack of concern for the mental health of herself (and other athletes). On Sunday, the French Open released a joint statement with the other three Grand Slams, fining her $15,000 and threatening her with a disqualification and future suspensions if she continued to not talk to the media.

So, Osaka took the decision out of the French Open’s hands by pulling out of the tournament. She played on Sunday, beating Patricia Maria Tig in straight sets, but that would be her one and only match at this year’s tournament. Now, the remainder of the French Open will be played without her, and we’ll see what kind of an effect this has on the coverage and viewership of the tournament over the next two weeks.