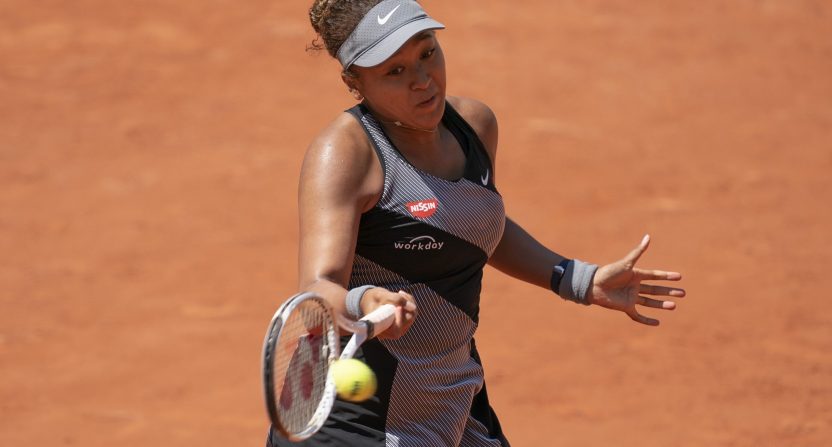 Naomi Osaka won her first round match at the French Open earlier today in two sets, but her off-court media boycott continues to dominate the narrative.

The tournament was always going to respond to this, and they have, fining her $15,000 for skipping media after her first round win. More than that, though, the French Open along with the three other Grand Slam tournaments issued a joint statement addressing Osaka’s plan, noting that further punishment could include default from a tournament and suspension from future Slams.

Following this announcement, the Roland-Garros teams asked her to reconsider her position and tried unsuccessfully to speak with her to check on her well-being, understand the specifics of her issue and what might be done to address it on site.

Following the lack of engagement by Naomi Osaka, the Australian Open, Roland-Garros, Wimbledon and the US Open jointly wrote to her to check on her well-being and offer support, underline their commitment to all athletes’ well-being and suggest dialog on the issues. She was also reminded of her obligations, the consequences of not meeting them and that rules should equally apply to all players.

Naomi Osaka today chose not to honour her contractual media obligations. The Roland-Garros referee has therefore issued her a $15,000 fine, in keeping with article III H. of the Code of Conduct.

The mental health of players competing in our tournaments and on the Tours is of the utmost importance to the Grand Slams.

We want to underline that rules are in place to ensure all players are treated exactly the same, no matter their stature, beliefs or achievement.  As a sport there is nothing more important than ensuring no player has an unfair advantage over another, which unfortunately is the case in this situation if one player refuses to dedicate time to participate in media commitments while the others all honour their commitments.

That last part is interesting, as it’s a sort of tacit admission that meeting with the media can be a taxing element to a Grand Slam. But we’re talking about a spectator sport here. Osaka’s stance is at odds with that inherent element of top-level competition, and while it’s important to respect her reasoning and try to see where she’s coming from with an empathetic perspective, it isn’t a situation where the player is clearly in the right.

It is really, really difficult to imagine a top-ranked player and champion like Osaka being defaulted from the French Open, much less being prevented from playing in future Slams via suspension. Hopefully both sides can find a way to make it work going forward.