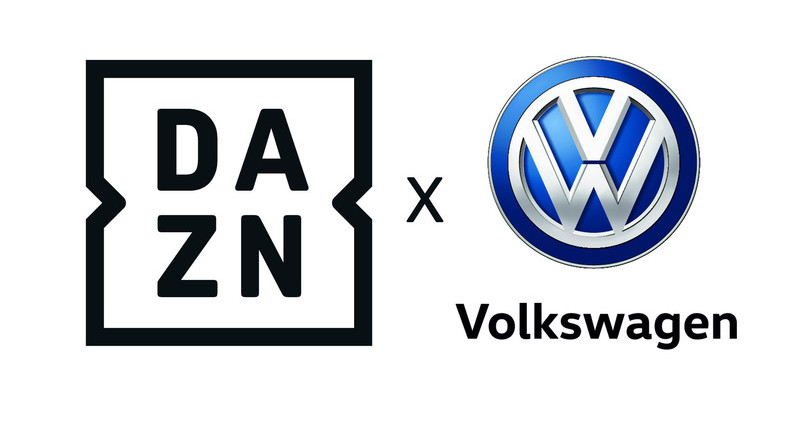 Subscription streaming service DAZN doesn’t currently have much advertising in the U.S., but they’ve long said that ads are coming. However, those ads were supposed to be quite new and different, with executive chairman of the DAZN Group John Skipper giving a variety of interviews last fall about how traditional TV was dying (funny that former ESPN president Skipper didn’t say so while he was there), about how bad and repetitive standard TV ads are (specifically blasting repeated car commercials), and about how DAZN would “disrupt the way that advertising works.” Skipper said they’d do that with ads specifically targeted to viewers, sponsored content, and product placement, as well as with less repeated traditional commercials.

But a Seb Joseph piece in Digiday that covers DAZN’s advertising testing so far in other countries sure doesn’t make it sound like they’ve disrupted much.

Niche OTT service for sports DAZN is looking to find its niche in advertising with the launch of an ad business that wants to pull as much money from TV as possible.

The broadcaster has been quietly testing different variations of advertising in key markets Italy, Germany and Japan since November. In Italy, for example, where DAZN is the only place that soccer fans can watch 114 matches of the country’s top league, ads for Volkswagen are shown during those matches. In Germany, ad breaks rotate between four brands during streams, whereas in Japan branded content by games developer Konami is used instead.

Compare that to what Skipper said in an interview with former ESPN employee Jemele Hill at the Web Summit in Lisbon in November:

“We will not run 30-second ads in pods of 5-6 of those so they see the same car ad 14 times in a 3-hour game. We will not interrupt games in a way that are unnatural, the way they do on television. I know this because I negotiated it: We had the rights to run 78 commercials during the average American football game. That is a lot of commercials to watch. What we will do is figure out a way to integrate content into the production.”

Or with what he told Recode’s Peter Kafka that month:

“We think we can create a different business model, which is going to be the business model in the future, take advantage of that interest, go in a direct consumer relationship with the fan, get data from the fan, create new ad models.”

Of course, all DAZN has been doing so far is “testing different variations of advertising,” and there’s no guarantee that any of the approaches they’re using in Italy, Germany, and Japan will wind up being what they do with their U.S. ads. And the Digiday summary of what they’re doing in those markets is quite brief; maybe all that Volkswagen content is actually “integrated into the production.” But a release from December suggests that while there may be “a future broader synergy based on a common business vision between the two companies,” the starting point is…exclusive commercials.

PHD Italy brokered a strategic partnership between DAZN Italia and Volkswagen Italia, which will see the sports streaming platform and the first Italian car importer side-by-side to develop new and original communication initiatives dedicated to football fans. The starting point will be a commercial agreement, aimed at creating a future broader synergy based on a common business vision between the two companies.

…“We are proud of the partnership with DAZN, which from the weekend of 24 November will allow us to be the only ones able to present all the great Italian football,” added Fabio Di Giuseppe, Marketing Director of Volkswagen Italia. “More and more our investments show that Volkswagen is football.”

It’s also interesting that a company that was so prominently bashing repetition in ads is going with one advertiser in Italy and Japan, and a not-so-staggering four in Germany. And that definitely suggests that at the least, their much-vaunted “targeting” of ads to users’ interests isn’t in play yet. (Unless every DAZN viewer in Italy cares about Volkswagen.)

DAZN EVP of media Stefano D’Anna told Joseph they’re currently placing ads manually, and that their focus will be on “having the relationship with brands” (which probably means fewer brands) and on “mov[ing] as much out of TV over to our business as we can” (which sure doesn’t sound like a minimal advertising approach):

The soft approach has left DAZN reliant on a “fairly clunky” process, said Stefano D’Anna, EVP of media at DAZN, who said all test ads are placed by his team. None of those placements are bought in an automated fashion nor are they addressable, with measurement revolving around audience numbers that are signed off by DAZN. Getting those numbers squared off by an independent verification is not possible either.

…“We’re not going to become an entirely digital property and have ad exchanges plugging into our technology. I would always want our pitch to err toward us having the relationship with brands. We have a premium environment where we can evolve those relationships on a bespoke basis.”

…“Eventually we’ll have to look at other ways of driving revenue from ads, which may mean a combination of direct and programmatic revenues. …I don’t disagree that more sponsorship budget is moving into digital — and that’s something we’ll look at — but we have a slightly different approach because of the audience we have. We want to move as much out of TV over to our business as we can.”

There’s no way to know exactly what DAZN’s U.S. advertising plans will be at this point, and it sounds like those plans aren’t particularly close to finalized, especially given how vague D’Anna is on much of this. So maybe this does wind up being “a different business model,” and maybe they will actually “disrupt the way that advertising works.”
But it’s interesting pairing those comments with what Skipper said right before that,  “just as we will disrupt the way that we acquire the ability to watch sports through an app.” DAZN hasn’t actually disrupted that at all. Sports have long been available through apps, especially with cable authentication, and over-the-top sports packages have also been available through apps, including the likes of MLB.tv, ESPN+, NFL Network RedZone, and even certain regional sports network content.
DAZN is part of a field of companies offering sports through apps, and while they were earlier than many in some other markets, they’re far from the first U.S. company to do that. And it sounds like their promised “disruption” on the advertising side may be similar, with even what they’re claiming as innovations (targeted ads! sponsored content and product placement!) already things used by others. We’ll see how their ad approach turns out in the end, but it certainly doesn’t sound like it will be as “disruptive” as it’s been built up to be.
[Digiday]