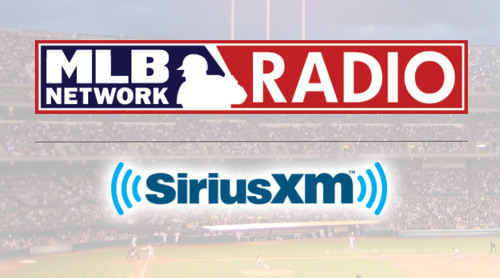 Since 2005, Sirius (now SiriusXM) has been MLB’s official satellite radio partner, with their current agreement based off a six-year extension signed in 2013 that ran through this year. Well, SiriusXM announced Monday that they’ve signed a multi-year extension with MLB, and it comes with one particularly big immediately-applicable change; live MLB games had previously been available only to those who had SiriusXM satellite radios, not those who had streaming-only subscriptions. Now, streaming-only subscribers can get live games too. Here’s more on that from a release:

Major League Baseball and SiriusXM have expanded their agreement to include additional streaming rights starting with the 2021 MLB season. For the first time, SiriusXM subscribers with a streaming-only subscription now have access to live play-by-play broadcasts of every MLB game as they listen on the SiriusXM app and on connected devices and speakers in their home.

The SiriusXM app offers 30 play-by-play channels dedicated to streaming the official radio broadcasts of every MLB team, giving fans the choice between the home and visiting team announcers for every game, all season long.  All 30 MLB play-by-play channels are also available on vehicles equipped with next generation SiriusXM with 360L radios.

…The new agreement also includes a multi-year extension of SiriusXM’s rights to broadcast every MLB game.

Update: As reader Eric notes, though, this comes with a negative for those who have existing in-car subscriptions. As noted on SiriusXM’s plans page, MLB games are now in the All-Access tier ($21.99 per month after promotional pricing ends) along with the NFL and NASCAR, while NHL, NBA and NCAA games remain in the lower Select ($16.99 per month) tier (they’re also available in the All-Access Tier). So there’s now a higher fee to get MLB games for those who have car subscriptions. However, those who have streaming-only subscriptions can get the Premier Tier (which has all of those sports except NASCAR) for $13 a month.

The most notable new programming in this announcement may be an upcoming podcast in conjunction with the Negro Leagues Baseball Museum in Kansas City, featuring museum president Bob Kendrick showcasing the history of the Negro Leagues and its many stars. That’s thoroughly appropriate considering that MLB is honoring the 100th anniversary of the Negro Leagues (an initiative started last year, but carried on to this year thanks to the COVID-19 pandemic), and that MLB recently made the move to recognize Negro Leagues statistics (from 1920-48) as “major” (alongside the National League, the American League, the American Association, the Union Association, the Players League and the Federal League). Here’s more on that podcast, which will be available to everyone, not just SiriusXM subscribers:

Starting this month, SiriusXM and the Negro Leagues Baseball Museum will present an exclusive new podcast series, Black Diamonds. Hosted by museum president and historian Bob Kendrick, the podcast will showcase the history of the Negro Leagues, highlighting the players, people and events that shaped them, as well as spotlighting the leagues’ achievements and innovations during a time of segregation and inequality. Listeners will hear the stories of baseball legends like Jackie Robinson, Oscar Charleston, Josh Gibson and Satchel Paige, and important figures like Rube Foster, Effa Manley, Buck O’Neil and many more.

Black Diamonds, a SiriusXM original podcast, will debut on MLB’s Jackie Robinson Day (April 15). The 20-episode series can be heard on the SiriusXM app, Pandora, Stitcher and other podcast platforms.

It’s interesting to see SiriusXM continuing their rights relationship with MLB, and it’s particularly notable to see them expanding it to their streaming-only subscribers. That seems to make a lot of sense, as the pandemic has put a lot of focus on streaming-only with less people commuting daily. And it’s notable to see them partnering with the NLBM for this podcast, too, one that may have a lot of appeal to those looking to learn more about the Negro Leagues.