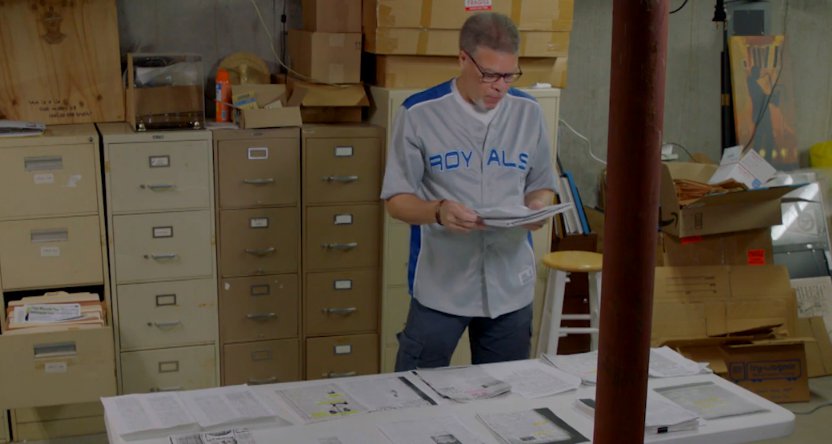 HBO’s Real Sports with Bryant Gumbel has hit on a lot of interesting topics this year, from the dangers of extreme weight-cutting in MMA to racial injustice protests to how teams and leagues responded to the COVID-19 crisis. This month’s edition (premiering Tuesday night at 10 p.m. ET/PT on HBO) has several interesting features, including how Valentino Dixon was cleared of murder partly thanks to Golf Digest reporting, a profile on several young esports stars, and a new visit with Steve Gleason on how his battle with ALS has gone since Real Sports profiled him eight years ago. But the most notable segment here may be “Hidden Figures,” which has Gumbel talking to several of those involved in efforts to compile Negro Leagues baseball statistics and make a case for those to be counted as official Major League Baseball statistics. Given that this year marks the 100th anniversary of the start of the Negro Leagues, it’s great timing, and it’s an excellent topic to explore.

The key to this segment is Larry Lester (seen above with his office of files; many of those cabinets hold statistics and box scores from a single year), the chairman of the Society For American Baseball Research (SABR)’s Negro League Committee, the co-founder of the Negro Leagues Baseball Museum in Kansas City, and a man who has spent four decades finding Negro Leagues statistics, compiling them in a program he designed, and putting them into a giant database at Seamheads. Lester’s work is remarkable, and he tells Gumbel about how it came together, with conversations with legendary players like Cool Papa Bell prompting him to dig deeper, scanning microfilm archives of black newspapers for box scores.

Over the years, Lester has found more than 14,000 box scores, and he’s determined to keep pushing there. “We’re still digging for more. It’s kind of like hitting the jackpot at a Vegas casino for me. I’m like, ‘Wow, this is cool stuff!'”

For Lester, though, it’s about more than just finding the information, but also about using that information to dispel common claims about the Negro Leagues, such as suggestions that teams there only had a few stars or were well below the levels of the American League and National League teams of the time.

“I love proving people wrong, I love a challenge, I love the fact that I can justify and qualify how a great a ballplayer is using statistics.”

And Lester notes that the perceived lack of kept statistics has often been used to denigrate the Negro Leagues, but the statistics are actually there if you look hard enough.

“It’s simply not true that information is not available, it just has taken time to compile the information.”

Lester has certainly done that, collecting box scores for black teams from 1862 on. And he said that the stats make a compelling case that the Negro Leagues’ players were not lesser.

“The stats prove that they were the equal of major leaguers all day long.”

The segment does more to explore that case, and to explore those pushing for Negro League stats to be recognized as Major League stats. Something that adds to the argument there is that current “Major League” statistics consider not just the American League and the National League, but also four other short-lived leagues; the American Association, the Federal League, the Players’ League, and the Union Association. Todd Peterson, the author of The Negro Leagues Were Major Leagues, is also interviewed here, and he makes some good points, especially when it comes to black teams’ 268-223-13 mark from 1902-1948 against teams with five or more players with MLB experience.

“I think that was a huge trigger for me to say ‘Not only are they performing well in their leagues, they’re also beating them head to head.'”

Peterson also argues that the response from MLB commissioner Kenesaw Mountain Landis (recently in the news for having his name removed from the MVP award) try and limit major leaguers from playing against black players is an indication that he was concerned about legitimizing that competition.

“He was terrified. It was terrible for business, it ruined the brand.”

“Hidden Figures” also includes notable interviews with former MLB pitcher C.C. Sabathia, historian Gary Gillette (who is leading the restoration of Hamtramck, MI’s Negro Leagues stadium), and Negro Leagues Baseball Museum president Bob Kendrick. Sabathia says visiting the museum helped him realize how remarkable the Negro Leagues’ stars were, saying “We played [baseball] so well they had to integrate it,” and Kendrick says that the perception of the Negro Leagues as lesser is “an absolute injustice, and it defies what we know to be the truth.” Here’s a clip of Sabathia talking about this:

And Gumbel quotes part of a Gillette essay: “The only answer as to why the Negro Leagues are not today considered as major leagues is the continuation of the historical discrimination in the national pastime during the segregated area. It is clear that there is no other reason.” Gillette goes on to make further arguments for statistical recognition in his discussion with Gumbel:

“I think the final step would be acknowledging that they were true major leaguers. Capital M, Capital L. Let’s not just say they were great players, let’s not just put some of them in the Hall of Fame, let’s make them fully equal. …If you say that they were discriminated against and that’s really too bad and it shouldn’t have happened, then do something about it!”

The piece as a whole is well worth a watch, and it contains much more than just what’s spotlighted here. It makes a compelling argument that MLB should consider statistical recognition for the Negro Leagues, and that’s definitely something worth more discussion. But what’s also interesting about this is the spotlight it shines on the incredible amounts of work people like Lester have done on this front, and how important their statistical research and database creation is to even having this discussion. And while Lester says his task feels Sisyphean some days, he has some optimism for what it may eventually lead to.

“All I’m asking for is fairness, an open mind and an open heart, to accept what is obvious, that black ballplayers were equal. Not because of their skin, but because of their talent. And we can prove that quantitatively. …I’m going to beat Sisyphus one of these days. That may happen, I hope it will happen in my lifetime. I just want them to be accepted.”