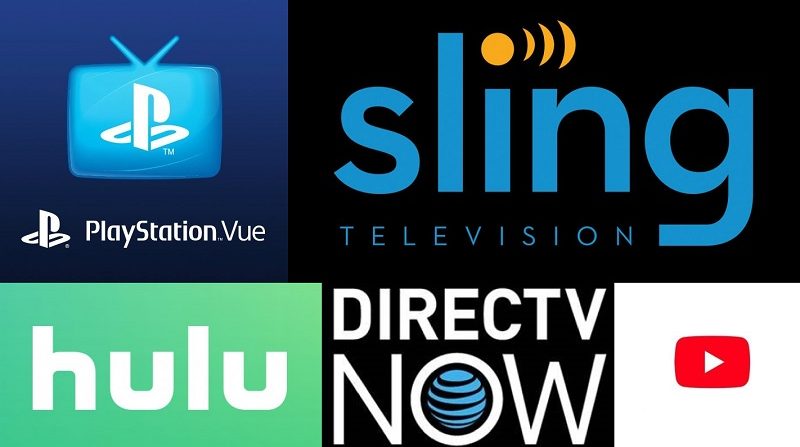 The major players are DirecTV Now, YouTube TV, Hulu Live, YouTube TV, and PlayStation Vue. With the first launch of these to a few years in, I’m sure you are experiencing price hikes, plan changes, and so on and so forth. I got my $10/month increase from DirecTV NOW this past week, grandfathering me in to my current plan (85+ channels) from $65 to $75. That plan now for new customers? $110/month. Woof.

With this new price increase, I started to look at other streaming services to see what my other options were, and if it would be worth it to leave. I need my local sports, national sports, and Bravo. Those are my lifelines. Everything else? To each their own. I broke down the latest for each streaming service below.

Included: All above sports channels and premium channels such as HBO and Cinemax

Pros: HBO is included in the lowest package. And, if you’re an AT&T Unlimited wireless customer, make sure to take advantage of the free HBO offer without even having to get a DirecTV NOW package. Along with being a AT&T customer, you automatically get $15 off a month every month if you become a DirecTV Now subscriber.

Cons: No NFL RedZone, and not the best option for sports if you’re on a budget. I got lucky being able to keep the original package I had since I have been a customer for a while. The basic package leaves out quite a few sports channel staples. For NFL Network and MLB Network, you need to jump up two levels to the Choice package ($110/month). If you want NHL Network, you’ll need the Xtra Package ($124 a month).

Pros: You get all the main sports channels, along with two screens and 50 hours of DVR storage versus DirecTV Now’s basic package, which only gets you 20 hours. A good add on? 200 DVR hours for $9.99 a month, or unlimited screens (password sharing at its finest) for $9.99 as well. Want both? $14.98. Still cheaper than DirecTV Now’s Max Package.

Included: All the above including HBO, Showtime, Smithsonian Channel (don’t knock it till you try it)

Pros: For $5 a month more, you get all the sports channels. $10 more gets you NFL RedZone.

Cons: No NHL Network (is this really a con at this point?) You also need at least the Elite or Ultra plan to get any DVR storage or numerous streams.

Current Promo: 40% off. I’m not even giving an option of just Sling Orange or Sling Blue. Don’t be that cheap. (But if you are that cheap, the Blue package gets you 15 more channels). Otherwise, it’s $25 for both for the first three months. After the promo ends, it goes up to $40 a month.

Pros: If you get the Orange and Blue packages, you get all of the sports add-ons for $10 a month total

Cons: If you just got the orange package, you get one stream. Blue package? Three streams. Want both? You get four streams. Ahh, math.  Also, depending on where you live, some local channels are not included on Sling TV. Make sure to plug in your location to find out first. Also, no DVR storage included. It’s an add-on ($5 a month for 50 hours).

Depending on what you are looking for, each streaming service has its positives and negatives. The issue still is that some networks are not available on some of the platforms. For instance, if you’re a big hockey fan, your options are limited.  And other services, like Sling, don’t have all local broadcast networks in each city. Sports-wise, YouTube TV is the best bang for your buck for the basic sports channels, and the unlimited DVR storage, for $40 a month.

The honorable mentions are Sling TV or PlayStation Vue. Even after the promo ends with Sling, and adding of the sports package, four streams, and the DVR, you’re looking at about $55 a month. PlayStation Vue, you’re about $5 more. But there’s always something to be rewarded about being loyal: look at the DirecTV Now package that I was grandfathered in! And as football season approaches, make sure to pay attention to what the NFL does about the Sunday Ticket package and what other platforms it’ll be offered on, as Commissioner Goodell recently expressed his desire to have it offered on multiple platforms.

That can be said for all the services above. Pay attention to your bill, watch for extra charges, and read those annoying email notices. It pays off – literally.