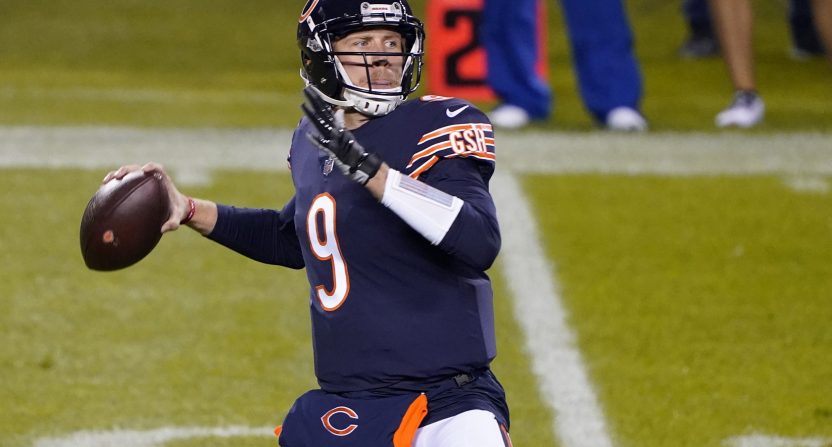 Thursday Night Football’s broadcast premiere this week on Fox has the NFL relaxing a bit. Over both Fox and NFL Network, the Bears’ win over the Buccaneers drew 17.4 million viewers. That’s up 22% from last year’s Seahawks-Rams matchup, which drew 14.26 million viewers on Fox alone (thanks to a carriage dispute between Dish and Fox).

Thursday has not been kind to the NFL this season, with three of four windows (including the NFL Kickoff game on NBC between the Chiefs and Texans) down from 2019. Prior to this week’s huge jump, the one increase came in Week 2 for Bengals-Browns. Weeks 3 and 4, airing only on NFL Network, failed to even draw 5.5 million viewers. The return of the simulcasts on Fox clearly helped in Week 5, but it remains to be seen if this will only be a one week bump or the sign of a positive trend for Thursday evenings going forward.

However, we might not be talking about Thursday Night Football viewership next week. In Week 6, the scheduled TNF matchup is Bills-Chiefs. The Bills’ Sunday game with the Titans has tentatively been rescheduled for Tuesday because of Tennessee’s ongoing COVID-19 outbreak. If that game takes place as planned on Tuesday, the TNF matchup will be pushed to later in the weekend (at a currently unannounced day and time). This wouldn’t be ideal for Fox, given that both the Chiefs and Bills are 4-0 and the game is shaping up as one of the most intriguing of the young season so far. Fox also wouldn’t get any benefit from the cancellation of the second presidential debate, which you’d assume would only help viewership.