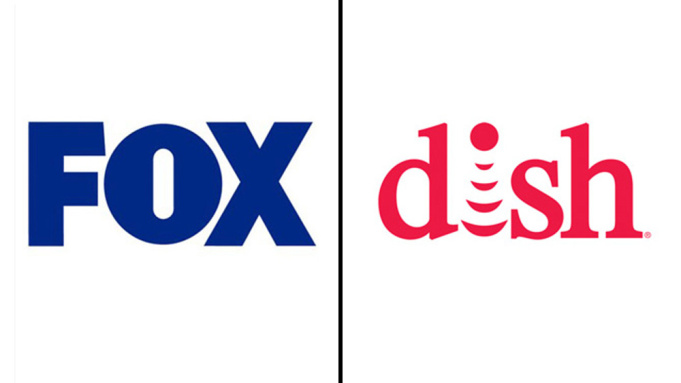 When Dish pulled down the Fox channels (owned-and-operated Fox broadcast affiliates, FS1, BTN and FS2) on Sept. 26, one of the affected sports properties was Fox’s Thursday Night Football NFL games, but there were some potential workarounds for affected Dish and Sling TV subscribers. The Fox Thursday night games are usually also simulcast on NFL Network, which Dish and Sling both carry, and last week’s game (Eagles-Packers, which took place only hours after those channels were dropped) was viewable there. But now, no one (even those who don’t have Dish or Sling) will be able to watch this Thursday’s Rams-Seahawks game on NFL Network. The Rams tweeted Thursday that NFLN now won’t be showing the game:

Tune into @NFLonFOX or stream on the Rams app at 5:20 pm PT to catch Thursday Night Football! pic.twitter.com/z77D2sQCLA

And Dish confirmed that in a statement of its own:

“Unfortunately, Fox continues to black out its owned and operated stations to DISH and Sling TV subscribers. We have been told by NFL Network that they will no longer be airing tonight’s game on any pay-tv provider, removing a viewing option for millions of households across the country, particularly for those without a broadband connection.

“We are actively working with our customers to make them aware of alternative viewing options, including using an over-the-air antenna, streaming for free on Locast in select markets, using an Amazon Prime subscription or watching for free on Twitch. Customers can also watch on the NFL or Yahoo Sports apps for free on mobile phones and tablets.

“We continue to urge Fox to come to a fair agreement on behalf of our customers and its viewers.”

How did we get here? Well, John Ourand of Sports Business Journal reported Wednesday night that NFL Network’s coverage was set to be blacked out on Dish/Sling:

Tomorrow night’s “Thursday Night Football” game will be blacked out to Dish Network and Sling TV subscribers on both Fox and NFL Network if Fox and Dish don’t have a deal in place by kickoff, according to multiple sources. Last week, NFL Net simulcast the game to Dish Net subscribers even as the satellite distributor dropped Fox’s owned-and-operated channels, FS1 and FS2.

But that’s now apparently escalated to just pulling down the NFLN simulcast entirely.

It makes sense that this dispute is still going on, given the previous shots both sides have fired, and given Dish’s current slate of carriage disputes (also including the Fox RSNs, Altitude, and now NBC Sports Chicago), but it now means that even fewer people may be able to watch Thursday’s game. There are some remaining workarounds (the Thursday night games are also streamed through Amazon Prime Video, and through the NFL and Yahoo apps,  and there’s also the possibility of watching with a digital antenna or with a workaround like Locast), but this may be another hurdle to watching TNF for many. And that may not be just for this week, given that the Fox-Dish dispute doesn’t seem close to solved.

This blackout is an interesting move, as it maybe makes NFL Network seem a little less valuable to carry itself; simulcast games there seem less desirable if they’re going to be blacked out. And it’s also somewhat unusual to see a third party intervene in a carriage dispute this way. But NFLN still has its exclusive games (including three on Thursdays this year), and the NFL as a whole presumably wants to work with Fox, especially given that Fox paid them $550 million for five years of Thursday night games. We’ll see how this all pans out, but the big takeaway for the moment is that it’s going to be a bit harder for Dish and Sling subscribers to watch Rams-Seahawks.