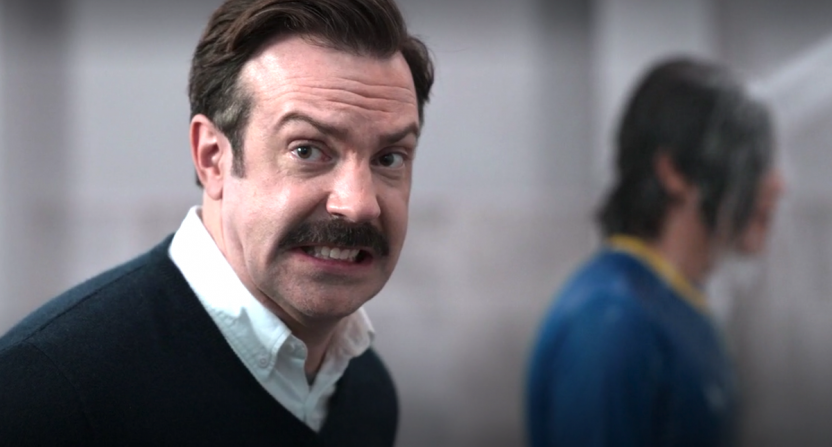 Season 2 of Ted Lasso is here and with that, we’re doing group recaps here at Awful Announcing. So we’re trying them on to see if they fit.

In the meantime, the story isn’t waiting for you. Things are different. (Roy Kent retired!) The story has progressed. (AFC Richmond has seven consecutive ties in the Championship!) These characters have changed. Onward. Forward.

Michael Grant: It’s always harder to entertain when there is the weight of expectations. Few TV shows have been more eagerly anticipated than Ted Lasso. One fear with Season 2 was that it would not seem as fresh or would veer in a direction that didn’t feel emotionally connected to Season 1. Much to our relief, the tone is the same, and it still finds interesting ways to engage us. Although opening with the freak accidental death of a canine mascot was jarring. 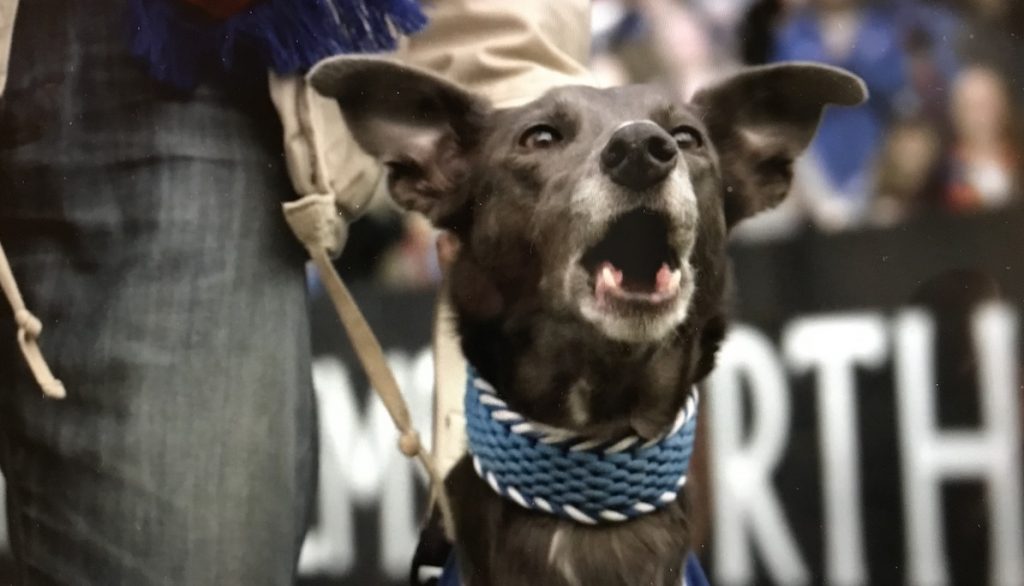 Matt Clapp: For me, the most important takeaway is that the show appears to be just as good as Season 1. We obviously need many more episodes to conclusively say that; but so far, so good, and I’m optimistic it will stay at the same-ish level.

The opening was a bit over-the-top (even while keeping in mind this show is a comedy, above all). A convenient way to demonstrate the importance of sports psychology and introduce us to Dr. Sharon Fieldstone (who should be a fantastic addition; Sarah Niles was great in Catastrophe as well), but there was probably another way to go about this that didn’t involve killing a dog with a penalty kick in the first scene of the season.

But I suppose if they were looking for a way to sell an extremely enthusiastic and joyful character — “a joyous, raven-haired golden retriever” — getting the yips out of nowhere, it probably had to involve an incident like this to trigger the struggles. And it did lead to a fantastic press conference story from Ted.

Jay Rigdon: I love the in media res opening of the season, joining midway through AFC Richmond’s first year in the Championship. I also appreciated the somewhat surreal nature of the early moments; taking a slight risk in terms of tonal departure always works better at the start of a season.

The passage of time and joining up with the team in full swing of a new year and with certain relationships clearly at different points than when we last saw them (and with some characters displaying different traits or quirks) reminded me of how Mad Men, another workplace show, used season breaks to advance the timeline and allow for new storytelling opportunities.

Andrew Bucholtz: Earl’s death was a bold choice. In a lesser show, that wouldn’t have worked at all; playing it strictly for laughs would have been awful. And there’s maybe an argument they could have gotten to the therapy part in a different way; I first thought they were going to have Dani Rojas’ shot kill the bird, which would have been a nice Randy Johnson callback. But having it be the team’s beloved mascot that was hit made Dani’s subsequent meltdown and yips more believable to me. (Also, that made for a great episode title reference.)

And I thought the show handled the whole thing well. Ted’s post-match presser and story about his neighbor’s dog was great, and Dani’s coming to terms with it was excellent. I also thought this was a good episode overall, and a good way to start the season; the draw streak felt about right as a starting place (AFC Richmond aren’t terrible in a lower league, but they’re not instantly dominant), Roy’s post-career coaching and future-pondering were fun, and Rebecca’s dating life was handled well. And Ted and sports psychologist Dr. Sharon seem like an interesting dynamic to explore going forward. 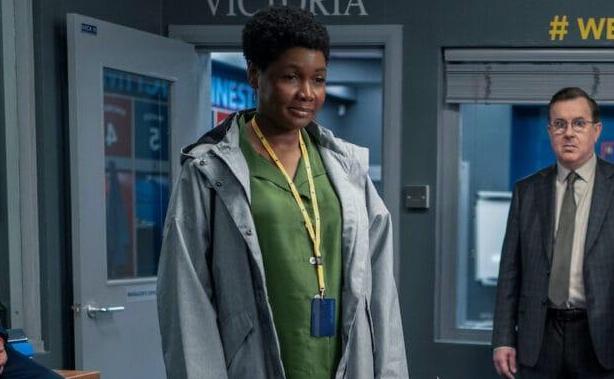 Ian Casselberry: Oooh… Dr. Sharon Fieldstone. What an adversary for Ted. (And the other Diamond Dogs.) It’s understandable that she wants to draw a line between Ted’s coaching and her therapy. The players have to feel safe in those sessions. But Sharon — excuse me, Doctor Fieldstone — also has no patience for the politics of a sports team’s locker room. And maybe that’s causing some doubt in Ted about his coaching.

JR: The scene in the bar between Lasso and Beard, discussing therapy experiences in a more honest and real way than most shows or films manage while also being very funny, is the kind of thing that really separates this show into something special. (I’m very curious to see how that perspective and realism surrounding therapy squares with the quick-fix nature of the sports psychology on display for the rest of the episode.)

AB: Roy coaching the nine-year-old girls was tremendous. The initial rant and the pan out to reveal who he was talking to was great; it felt like that was what was coming, but it was still very funny. And the woman who says he can’t use those words even if they’re accurate was a laugh-out-loud touch for me.

MG: “I haven’t seen someone that disappointed to see me since I wore a red baseball cap to a Planned Parenthood fundraiser.”

IC: Since we cover sports media, I especially enjoyed Roy’s feelings on possibly becoming a broadcaster for Sky Sports. “I’d rather shit out my own fucking mouth than do that fucking shit!” Why couldn’t Peyton Manning say that to ESPN about the Monday Night Football gig? If Roy takes a pundit job, his swear tab will pay for his niece Phoebe’s university. Although Sky Sports would probably take him off the air during his first game.

Any progressions from Season 1 that you like or dislike?

MG: Love BFFs Rebecca and Keeley. Such an interesting friendship because while Rebecca is older it’s almost like Keeley is the big sister. As Rebecca navigates dating as a wealthy divorced woman, Keeley guides her. Thoroughly enjoy every minute they’re on the screen together.

AB: I was sort of surprised by how harsh Nate’s comments were towards the locker-room attendant who wanted to leave early. I wonder if we’re going to get more to explain that in future episodes, and maybe it will work then. But it didn’t really seem to fit with who they showed him as in Season 1. And I hope we get some more of the sweet version of Nate going forward. 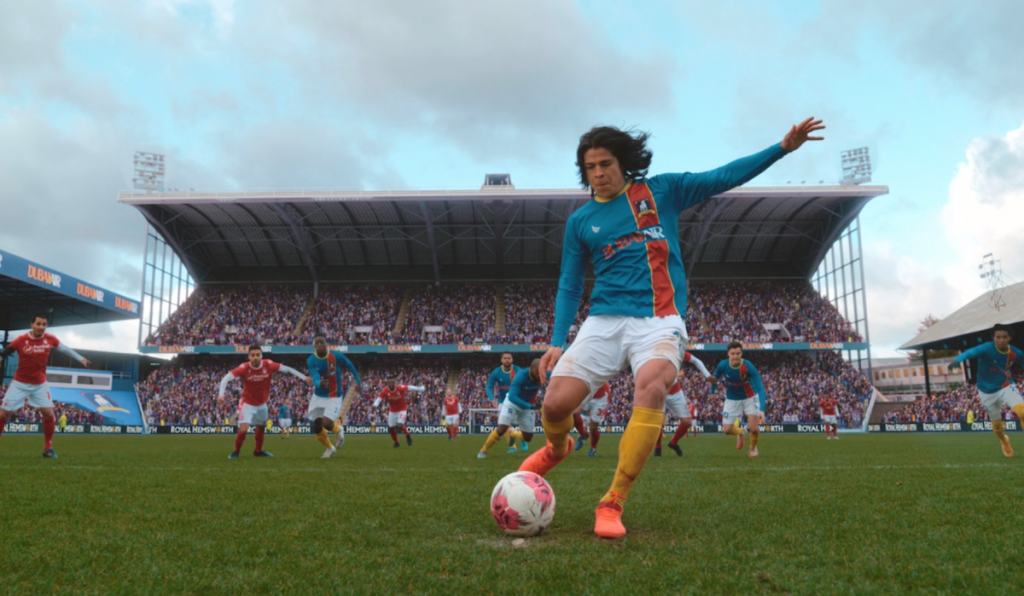 MC: More Dani “Football is Life!” Rojas is a good thing. (Well, not the depressed version, but we hopefully got that out of the way!) Remember that he didn’t even appear until Episode 6 last season.

JR: Roy still being a complete hardass in many ways, while also being one of the more emotionally intelligent characters on the show, remains endlessly entertaining. Remembering that early last year we got hints of Roy’s heart (how he treated Sam and Nate, for example, while clearly disliking bullying) has morphed into Roy Kent: someone who will put up with a double date counterpart’s bullshit fairly admirably and still be unafraid to tell a friend that she can do a lot better. (We’re expecting Roy to hate the guy because of being a fairweather fan.)

And instead, Roy delivers a paragraph on why no one should ever settle for a partner who doesn’t make them feel as good as they can feel. Roy will eventually make a return to the AFC Richmond locker room, and that’s going to be a big moment.

What’s been set up for this season that intrigues you most?

AB: I really want to see where things go for Roy. He’s not part of the team anymore, but he’s such a great character, and it feels like he’s still going to be important to this season’s arc. We’ll see if he winds up with a punditry job despite his hatred for it, or if he finds something else beyond his youth coaching and yoga moms’ night.

IC: Is Nate turning kind of mean? We saw him get snarky with the clubhouse attendant who wanted to take off early for his mother’s birthday. Then he suggested showing Dani his paycheck to motivate him. Is Nate on a bit of a power trip now that he’s a coach and no one’s picking on him? Will Ted and Coach Beard have to stuff him in a laundry bin? 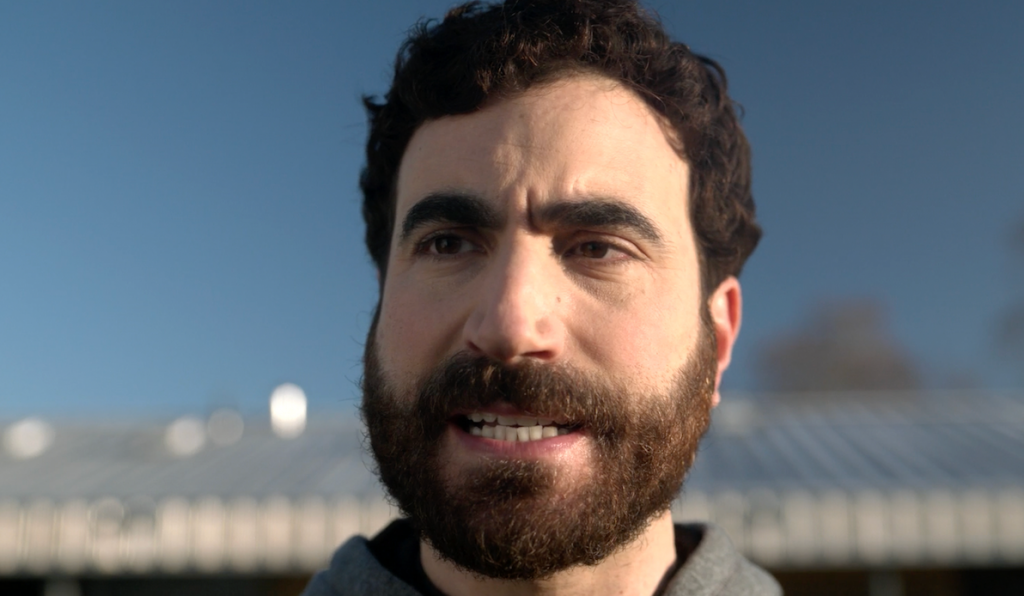 MG: What’s the future like for Roy Kent? (He’s here. He’s there. He’s every-fucking-where. Roy Kent!) He’s retired now and seemingly hasn’t quite found a new purpose. It also seems clear that he wants to distance himself from his professional soccer past. He hasn’t attended an AFC Richmond match and doesn’t seem interested in becoming a color commentator. But you get the sneaking suspicion that we might see him in the TV booth for at least one episode.

JR: Rebecca seems set to really take some strides forward for herself. Other than that, I’m hopeful the show handles Ted’s relationship with therapist/impromptu sports psychologist Dr. Fieldstone with the trademark skill and nuance it’s demonstrated so far.

MC: Roy’s storyline. I thought we may see him coaching alongside Ted, Nate, and Beard this season (and perhaps there’s still a future in that department), but the Sky Sports gig would be a pretty entertaining result- both with knowing how he is and with his stated hatred for the job. It’s clear that they’re not going to let him slip away from prominent character status, so he’ll surely be back in the pro soccer world in some capacity before long (but I could watch him giving pep talks to children all day).