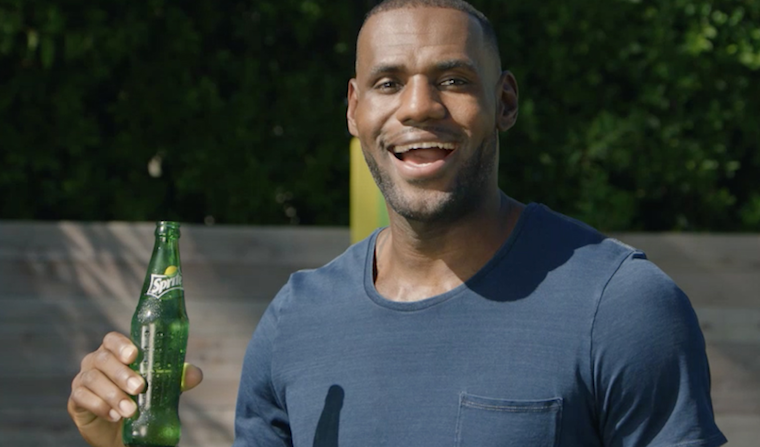 A group of seven scientists wants professional sports leagues and athletes, in addition to sports organizations associated with amateur competition, to stop making endorsement deals and commercials that promote unhealthy food and non-alcoholic beverages. The intention behind the effort is to help reduce childhood obesity.

According to a study published in Pediatrics, sports leagues and organizations were associated with 44 food and non-alcoholic beverages, involved in advertising that children watched on telecasts (sports or otherwise) or online videos over 412 million times. The Pediatrics study identified 76 percent of the products advertised had unhealthy nutrition scores or were sweetened with sugar.

The sports leagues most related to such marketing are the NFL, NHL and Little League. The NBA, PGA, NASCAR and UFC were also cited in the study. Nielsen viewership data was used to identify sports organizations most watched by children ages two to 17, and the food and beverage ads which played during that programming. The numbers could be even higher when factoring in outlets such as YouTube.

The author of the study, Dr. Marie Bragg of New York University, told Axios that Little League showing up on the list of organizations with unhealthy food and beverage ads was particularly troubling.

“With childhood obesity rates remaining high in this country, we need to be promoting healthy nutrition messages to kids. I was also shocked to see that these sports sponsorship food ads generated 195 million views on YouTube. We normally think of TV as the main source of ad exposure, and it still is, but social media is creeping up as well.”

Why single out sports leagues in the study? Because such organizations promote the idea of physical fitness and health. Adults presumably know what’s junk food and what isn’t, but children and youth won’t necessarily differentiate. If elite athletes are consuming these products, then they must be healthy, right? That’s the danger, as Berkeley Media Group director Lori Dorfman told Axios’ Eileen Drage O’Reilly:

“The marketing association with sports is especially insidious because it gives the product a ‘health halo’ distracting from its health harms. The most alarming finding in this study was that full-sugar soda and full-sugar sports drinks were the products most frequently featured in sports sponsorships. That’s hundreds of millions of views, just on YouTube. And unlike a 30-second commercial, many of these ads are seen the entire time the field of play is shown when kids are very attentive to the screen.”

More athletes might endorse apparel or luxury items these days. But famous names and faces still appear in advertisements for fast food or sugary beverages.

LeBron James, for instance, endorses Coca-Cola products such as Sprite. Lionel Messi appears in Pepsi ads. Kevin Durant has been a spokesperson for Sonic in the past. Several athletes — including LeBron, Durant, Bryce Harper, J.J. Watt, and Tiger Woods, among so many others — have endorsed sports or energy drinks, such as Gatorade (which contains 56 grams of sugar in one 32 0z. bottle).

The Olympic Games and McDonald’s ended their advertising partnership this year, but that wasn’t due to any social or health concerns. McDonald’s ended the agreement, perhaps because it didn’t want to devote so many dollars to one event, while the Olympics apparently welcomed the opportunity to add more sponsors.