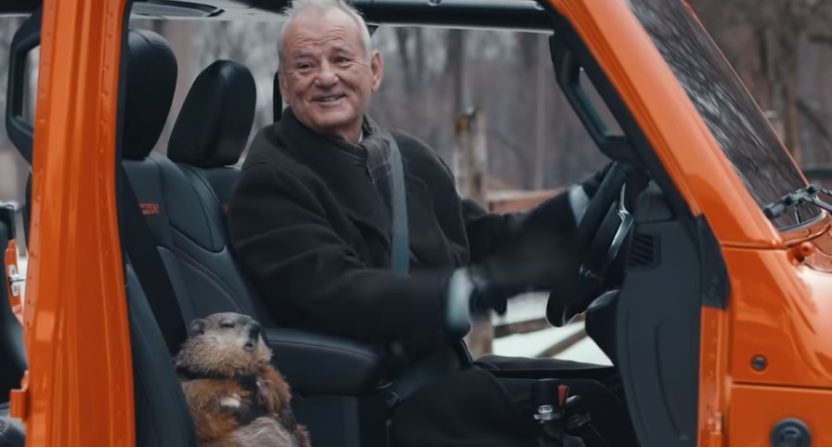 The Super Bowl remains one of the few events that we view together as a culture. We share our feelings and opinions on the big game, whether it’s at a Super Bowl party, on social media, or the next day at work. But more than mutual reactions to football (in this case, the Kansas City Chiefs’ comeback win over the San Francisco 49ers), we share what we think about the Super Bowl commercials.

No single commercial distinguished itself as a breakout hit this year. But while there weren’t any great ads, Super Bowl LIV’s crop of ads had plenty of good ones. Cutting the list to 10 meant some good commercials were left out, maybe one of your favorites. Unlike some years, when bigger themes are part of the message, these Super Bowl commercials tried to provide more laughs. And several of them succeeded.

Here are the best 10 ads we saw during Super Bowl LIV. (And afterward, please check out our choices for the five worst.)

Did any of this year’s Super Bowl commercials provide a bigger visual shock? For a Rocket Mortgage ad, you might expect Jason Momoa to explain how easy it was to buy his beautiful home quickly and with no hassle. Maybe with an app. But then Aquaman pulls off the exterior of his jacked-up arms, revealing noodle-like extremities underneath! He pulls up his shirt to tear away more muscles, exposing a thin torso. Home is where Momoa can be himself. But we may never see him the same way again.

What could make a better ad on Feb. 2 than revisiting Groundhog Day with Bill Murray? The alarm clock turning to 6:00 a.m.! “I Got You Babe” playing on the radio! And Ned Ryerson (Stephen Tobolowsky)! Every day is the same again — until Bill (Phil) grabs that furry critter and takes off with him in a Jeep Gladiator. We’re too busy enjoying Phil and the groundhog enjoying the off-road outdoors to notice that the Gladiator is a hideous, orange mash-up of Jeep and pick-up truck.

OK, maybe this is giving away some sci-fi geek traits. But Walmart’s ode to famous spaceships provided a warm dose of nostalgia. Star Trek‘s Enterprise! The flying police car from Blade Runner! Flash Gordon (Sam Jones) on his rocket cycle and Bill S. Preston, Esquire (Alex Winter) from his phone booth! Also, kudos to including the spacecraft and aliens from Arrival for a deep cut. And it’s clear what’s being promoted in Walmart’s grocery pickup service. Sometimes, that important information gets passed over in these ads.

A recurring theme among this year’s Super Bowl ads was trying to find common ground in our increasingly divided society. But Snickers took it on with humor, ridiculing what we presumably agree is annoying in current culture. Like robocalls, smart devices spying on us, too many non-dairy milks, and especially social media influencers. Can we all come together on Snickers as a favorite candy bar? Hey, Kit-Kat and Twix aren’t doing commercials like this. We all agree Luis Guzman is cool, right?

Orange dust caked on your fingertips after eating Cheetos is a good thing? Let’s credit Cheetos for figuring out how their product’s worst feature can work for us. Get out of extra work and moving furniture! Adding MC Hammer’s timeless song “Can’t Touch This” (with music sampled from Rick James’s “Super Freak”) was a nice touch. Is the finger staining worse with smaller Cheetos Popcorn pieces? Although in most situations where orange fingertips isn’t helpful, we should all follow Oscar Isaac’s suave technique of eating Cheetos with chopsticks.

Don’t be a smahty pants and say you already saw this online last week. Maybe that took away some of the joy. But no other Super Bowl ad had this kind of stah powah, with Chris Evans, Rachel Dratch, John Krasinski, and David Ortiz all teasing the Boston accent and references to towns in the greater Boston area. (Seth Meyers, Ben Affleck, and Mark Wahlberg are surely among those feeling jealous that they weren’t in this commercial.) Hyundai needs to explain how Smart Park avoids door dings, though…

What did Tom Brady mean when he posted a cryptic photo on social media last week? Was he ready to announce his retirement? (The more savvy and cynical among us figured out it was a teaser for a Super Bowl ad.) Brady kept the tease going, walking into an empty stadium in civilian clothes with his solemn narration speaking of good things coming to an end and knowing when to walk away. He had something to tell his teammates, family, and fans. Tom Terrific trolled us. Nicely done.

Why do tech companies want us to cry while watching football? Last Thanksgiving, Apple made it dusty in living rooms across America with its iPad commercial about two young children making a photo/video album for their grandfather. Now Google gets the tear ducts flowing by showing how a man uses Google Assistant to help him remember (or prevent him from forgetting) his late wife. If you weren’t paying close attention, the voice of an elderly man and pensive piano music likely made you notice and touched your heart.

As the laundry detergent did two years ago during Super Bowl LII with David Harbour, Tide produced two ads for Tide Power Pods starring Charlie Day, who popped up in a few other ads throughout the football game as he kept putting off doing laundry.

"Hey Charlie, how in the hell did you manage to get roles in multiple Super Bowl ads?" pic.twitter.com/Kbm2Laiciu

Day bumped into Bud Light’s Bud Knight and Wonder Woman in other ads before finally getting that humongous BBQ sauce stain out of his shirt. (Also, how much sauce does Emily Hampshire need to get on her hands? Use the index finger and thumb like most people.)

In previous years, this might have been the Super Bowl ad most people were talking about. Maybe it would’ve been this year if more people were familiar with Reese’s Take 5 candy bar. And Reese’s obviously knows that, steering into the idea that most people don’t know about the sweet-salty concoction of peanut butter, chocolate, pretzels, peanuts, and caramel. It’s probably next to the checkout line at your grocery store. Don’t be the guy with his head up his ass, which is the kicker of this clever ad.