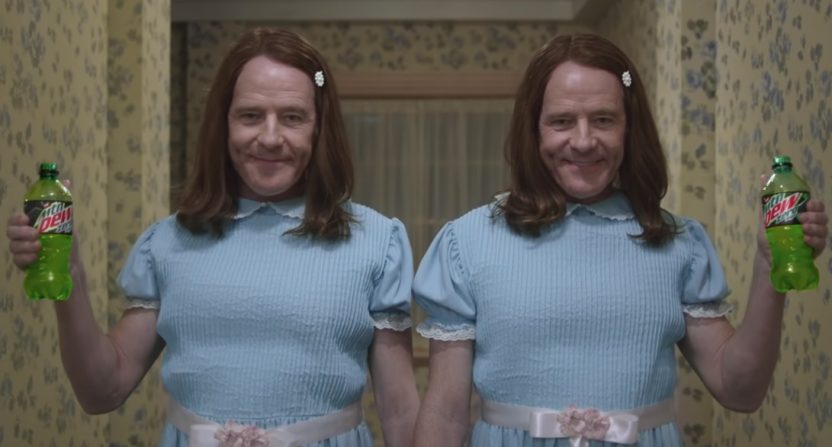 The bar has probably been set too high for Super Bowl ads. This has probably been the case for years. Consumer products, PR firms, and marketing campaigns try so hard to get our attention and create something that will get us talking for days (even if we don’t necessarily remember what’s being promoted). Cultural memes likely burn out much faster in our social media era. But it’s kind of surprising how few of these commercials stick in our collective consciousness.

Having said that, this year’s crop of Super Bowl ads didn’t give us anything that was outright terrible. (Although a couple of the spots listed below come close.) They mostly just prompted a shoulder shrug, maybe leaving some to question why they put off a trip to the bathroom or kitchen off to see these commercials. At least there wasn’t a prevalent cause or message that these ads tried to push on the viewing audience. Just be fun and make us laugh, think or feel.

These are the worst ads we saw during Super Bowl LIV. [And afterward, please check out our picks for the best ads from the broadcast.]

Mountain Dew Zero Sugar: “As Good as the Original”

Mountain Dew produced a fine homage to 1980’s The Shining, which is experiencing a cultural revival among movie fans thanks to Ready Player One and Doctor Sleep. Bryan Cranston and Tracie Ellis Ross are very good in this ad.

But was invoking a 40-year-old film (even if its references are still relevant) really reading the room correctly? Also, when everyone is having fun watching the Super Bowl, a deranged Cranston swinging an ax to chop through a bathroom door might not set the right tone. (Ross flailing at the ax with a shower brush was a funny touch, though.) How about putting more emphasis on one of the most sugary soft drinks available now having a sugar-free alternative? That’s a big deal!

Chrissy Teigen and John Legend are a beloved celebrity couple. And this Genesis ad certainly benefits from their charming personalities and humor. But was this an ad for how great Teigen and Legend (Sexiest Man Alive) are? (Several of the party guests Teigen was insulting, many of whom would have fit nicely on The Good Place, were quite funny.) Or was it supposed to promote a luxury automaker’s first SUV model? The car looks great, but all the ad shows is that it has power windows and locks…

Any commercial that tries to create a catchphrase or make something a thing is often a failure? Have you ever heard anyone eating hummus as “Mmus”? (If so, kudos to you for making your vocabulary more efficient by dropping that first syllable.)

Also, does featuring nominal celebrities in an ad indicate that the product being promoted is top-notch? This probably should’ve been an ad for Google, considering how many of us were looking up who some of these people were, such as TikTok star Charli D’Amelio,  two of the Real Housewives of New Jersey, and drag queens Miz Cracker and Kim Chi. (Naturally, being a sports media site, we recognized Ric Flair and Boomer Esiason.)

This is why Mr. Peanut had to die? Maybe a cute baby peanut is more appealing to the mainstream consumer than a dignified, monocle-wearing legume. We know that this was supposed to be the second of a two-ad campaign featuring the death of Mr. Peanut. (The first commercial was shelved in light of the helicopter accident that killed Kobe and Gianna Bryant, along with seven others.)

We probably didn’t need the context of that first ad to get what was going on in this second spot. A longtime, iconic mascot was being retired. But are we supposed to think Kool-Aid goes well with Planters peanuts since the big guy’s tear spawned the birth (rebirth?) of Baby Nut? And if Planters created a baby mascot to surf the cultural wave of Baby Yoda love, that lacks creativity. Probably not the case, to be fair.

Martin Scorsese and Jonah Hill make quite an on-screen pair. It might be fun to see this odd couple in other ads. But what is this saying about Coca-Cola Energy, which apparently provides even more of a pick-me-up than the caffeine and sugar from a regular can of Coke? Where was Joe Pesci when needed?

Scorsese waiting for Hill’s text response — “Martin Scorsese Being Dotted!” — drew a chuckle and is something most everyone can relate to. But shouldn’t this ad have been funnier with such a mismatched pair from different generations?