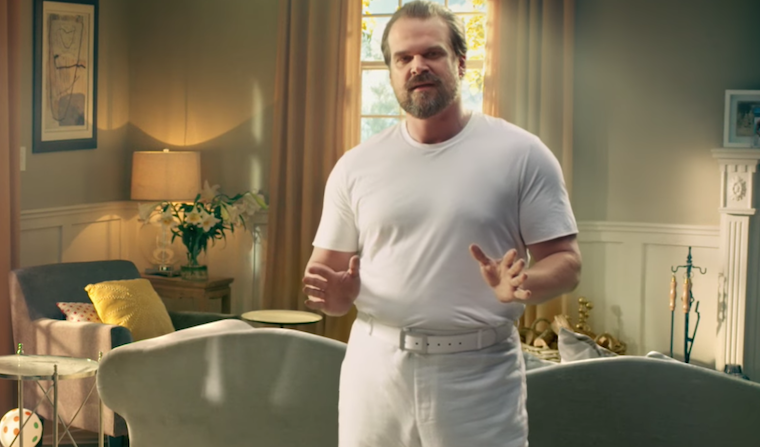 This year’s crop of Super Bowl ads was a strong one. Whittling the list down to 10 choices was actually a bit difficult, instead of trying to stretch to fill out that number. There were a couple of commercials which tugged at the heartstrings and those might make other lists, but not this one. Not that we don’t like a poignant ad or a few sniffles (Whoa, what’s in this 7-layer dip, Bill?), but we lean toward the laughs if there’s a choice to be made. And there were plenty of them this year.

Here are the best 10 ads we saw during Super Bowl LII. [Afterwards, click here for the worst ads from the broadcast.]

Most Super Bowl ad observers look for brands like Budweiser, Pepsi and Doritos to score big with their commercials. But for at least the second year in a row, Avocados From Mexico made the most of their multi-million dollar ad buy. Millions of people watching this ad contemplated eating guacamole without chips and surely froze in place. But the reference to avocado toast was a nice nod to 2018. Not only was the ad entertaining, but it also showed the food. Nicely done.

ETRADE: This is Getting Old

Old people are always a reliable source of comedy. But this ETRADE ad also taps into a very real fear for so many of us. Will we have saved enough for retirement? How long will we have to work before we have enough to retire? Rather than make a depressing ad that wags a finger about not saving early enough, we get absurd scenarios like elderly lifeguards running on the beach and geriatric firefighters. Hilarious, but also sobering.

The Philadelphia Eagles won Super Bowl LII, but Tide arguably won the 2018 crop of Super Bowl ads. With a very meta series of ads that poked fun of almost every prominent ad campaign currently or recently running, Tide made us wonder whether anything we were watching during the big game might be a stealth Tide ad. Sort of reminiscent of the Energizer Bunny campaign. Casting the utterly likable David Harbour (Stranger Things), sort of an everyman, as the face of the ads was a fine choice as well.

Will any of us want to eat a red M&M again? Danny DeVito was great casting as a red M&M come to life, especially if the idea was to be unappetizing as a human. He is impishly appealing, however. Would Kevin Hart have been too annoying? Plus, there’s a cute factor with him. That could’ve added a different element to this ad. Good digital effects and stunt work to really sell DeVito getting hit by a garbage truck and hurled into a fruit stand. That looked like it hurt.

If you thought Tide was done after its first ad, you were wrong. Proving that they were serious about any commercial being a Tide ad, the laundry detergent and David Harbour got our attention by sneaking into an Old Spice ad, complete with Isaiah Mustafa, The Man Your Man Could Smell Like. Look at Mustafa and then look at Harbour. Who smells better?

Applying for a mortgage doesn’t seem like something that should be so easy that you could do it on your phone. But maybe that’s buying into the mentality this Rocket Mortgage ad is spoofing. Don’t be intimidated! It’s not that complicated! Or it’s just fun watching Keegan-Michael Key simplify everything that’s become so complicated in our lives. Maybe not as funny as being an Anger Translator, but just as satisfying.

Doritos’ Super Bowl ad game is almost always strong, and 2018 was no exception. Any commercial with Peter Dinklage stands a chance of being a winner. Then you have him firing off some Busta Rhymes rat-tat-tat verse, and even if he struggled a bit with the lip sync, who could blame him? On fire. Add in the bonus surprise of this also being an ad for Mountain Dew Ice with Morgan Freeman rapping Missy Elliott, and that is entertainment. Doritos Blaze with Mountain Dew Ice isn’t a meal many of us should probably eat too often, though.

Tide – It’s Yet Another Tide Ad

Tide strikes again! Seeing the Clydesdale was a nice touch, since Budweiser didn’t use the horses for their Super Bowl ad this year. You might almost miss David Harbour here if you’re not paying attention. And then this spot fools you into thinking that maybe Mr. Clean is doing a repeat ad from last year? But there’s Harbour again, and he’s showing off the dance moves he revealed in Season 2 of Stranger Things. Looks even better with the dad bod, Chief Hopper.

Is it fair for the NFL to have one of the best ads during its showcase game? You knew this was building toward something with Eli Manning appearing in quirky short ads throughout the telecast, but the payoff was worth waiting for toward the end of the game.

Landon Collins didn’t get to show off his dance moves, but he did have a good line here. This was all about Eli and Odell Beckham Jr., though. A quarterback and his receiver, and their love of Dirty Dancing. No wonder Eli had a bad season with OBJ out with injury. Look at the chemistry they have. Eli has to be back with the Giants next season!

This was a great ad, riding the wave of so many of us adding Amazon Echo devices to our homes and depending on Alexa for the weather and news, answering various questions and operating several fixtures and appliances. A Gordon Ramsey alarm clock function or reminder might be very effective, however. Amazon may want to consider that. Cardi B is arguably the star here, but Jeff Bezos’ performance is underrated — especially since he doesn’t do this for a living.

By the way, if you’re wondering how the ad didn’t trigger your Echo, apparently Amazon played a little trick with the audio range of the commercial.