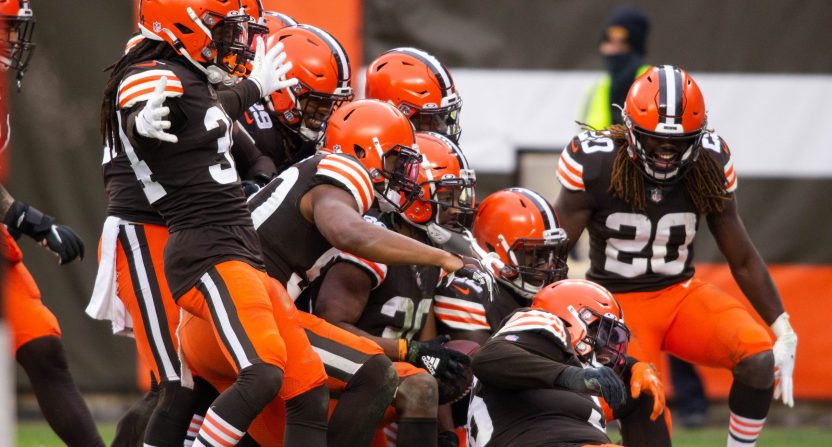 Literary critic Richard Gilman once said, “Being a sports fan is a complex matter, in part irrational but not unworthy; a relief from the seriousness of the real world, with its unending pressures and often grave obligations.”

I think he was trying to say it’s complicated and, honestly, astounding to invest so much of your personal feelings into something that involves throwing or kicking balls around. However, it brings happiness and extreme disappointment while still giving us a mental escape.

What defines you as a sports fan? There are millions of possible answers, and maybe your answer is different from last year. You may define it with a particular team, or perhaps a particular moment. Maybe it’s continuing the fandom from your parents. I grew up in a baseball household. While my Dad would have loved to be a major leaguer, he wanted his first taste of the National Pastime by way of being a batboy for the Cleveland Indians. He would write in each week to the newspaper to try and get his chance. Fast forward to 2016 when I was able to take him to the Indians/Cubs World Series, and I wish I could bottle up that moment forever. “It made not ever being selected as a bat boy, worth it.” (Love ya, Dad).

It’s moments like those that now hold such a heavier weight after a year when everything has been uncertain. Entertainment, especially sports, is an escape; it removes us from our daily stressors and struggles. It brings us hope, excitement, heartbreak, joy, pain, anger. It also brings us together, with our family, friends, and other fans in homes, at the game, and at the bars. Those opportunities were largely stripped away from us this year.

Election years are always tough, and fighting ratings and interest with the constant cable news cycle is inevitable. But with such a tumultuous Presidential race this year, it became a major distraction. Throw in a global pandemic and race relations at an all-time high with race-equity slogans prominent in live professional sports broadcasts and in stadiums, and it was quite impossible to truly “escape.” Ratings suffered and profits lost.

One thing that has remained throughout the scathing year that was 2020 was our fandom. While the business of sports may have taken a hit, it didn’t take away the true love we have for our teams and our true love for the game. While we couldn’t watch along with our thousands of friends in stadiums or with our families, we trudged through the constant obstacle of isolation, which was deafening at times. Watching our beloved teams back in action brought a sense of normalcy. Despite the new normal, the game is still, well, the game. Your feelings, the big moments, the big catches, and the big misses all remain.

As a loyal Cleveland Browns fan, I believed and held on during one of the most difficult years of our lifetime. It’s no secret we’ve been consistently terrible for most of the entire 21st century. To name the number of quarterbacks we’ve gone through (quite frankly) triples the number of serious relationships I’ve had. Head coaches, too. We’ve been a laughingstock, with an 0-16 season on our permanent record, and have coined ourselves as the “Factory of Sadness.” Gotta laugh at ourselves, right?

Not this year. Not this upside down, shitty, unpredictable year that took away so much from us. We triumphed through to land a playoff spot for the first time since 2002. That’s basically trying to consistently lose with a stat like that. But with a new franchise quarterback in Baker Mayfield, an insane running game duo of Nick Chubb and Kareem Hunt, and a head coach who looks as good as his play calling in Kevin Stefanski, we killed the drought of 18 years, sealing it with a win over the Pittsburgh Steelers this past weekend.

And I cried. I cheered. Then I exhaled. My hope restored, my liver overworked by the alcohol, my love and fandom for sports in such a tough year taking over my emotions. These moments, despite very hard happenings in our lives, bring us joy and take us back to what we love the most. Being a sports fan. Because the game, is still, the game.

So cheers to all you fanatics. Yes, even you Pittsburgh Steeler fans. I’d try to come up with a fancy way of ending this article in the manner I started it with the elegant Richard Gilman, but ”Peace out 2020, don’t let the door hit ya where the good Lord split ya” also works.