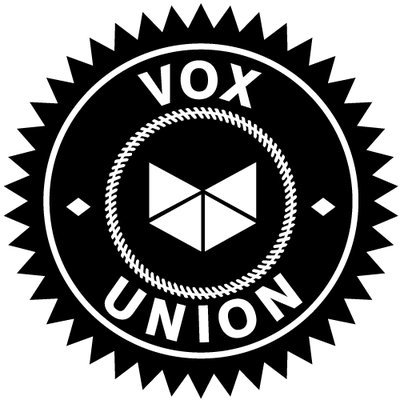 After a year of layoffs, pivots and restructurings across media, editorial and video staffers at Vox Media announced Friday they will unionize as part of with the Writers Guild of America, East. Vox Media is composed of eight verticals, including the sports site SB Nation.

In their union announcement, Vox Media staffers wrote that enjoy working at the company but want to see consistency in titles, raises and bonuses; increased transparency; greater diversity and rank-and-file input in major decisions.

“A Vox Media union will give us the means to maintain everything we love about working for this company, and to have a collective voice when we address anything that may change or founder,” they wrote. “We look forward to bringing Vox Media employees together as an organized unit, and bringing that unit closer to management at the bargaining table and beyond.”

Though SB Nation fulltime staffers will be included in the Vox union, part-time bloggers and managers of team sites will not. As Deadspin reported in August, the team sites that account for much of SB Nation’s traffic operate on small stipends that leave contributors paid either lightly or not at all, despite the assertions of the site’s leadership. Currently, an ex-site manager is suing Vox Media claiming she was an employee and should have been compensated as one.

SB Nation writer Seth Rosenthal tweeted that although the union includes only full-time employees, “it is very important that we do everything in our power to help management address the needs of team-bloggers and other non-full-time employees.” SB Nation staffers reached by Awful Announcing declined to offer details of how the union will affect team sites, pointing us back to the letter announcing the organizing effort, which reads: “Much of Vox Media’s workforce is employed remotely, and organizing allows us to ensure that all of these employees, including part-time staffers and freelance contributors, are treated fairly in terms of compensation and expectation.”

SB Nation writers expressed their excitement over plans to unionize, with many changing their Twitter profile photos to a “Vox Union” logo.

I want to stress that Vox is the best place I've ever worked. I'm excited about the union not because I'm unhappy currently, but because it will provide more stability in an unstable industry

— Charlotte Wilder is homework then out try the cell (@TheWilderThings) November 17, 2017

sorry for the boring Actual Tweet, but i'm pro-union because i love this company and a great time to unionize is when things are going great

Delighted that Vox Media editorial and video staff are moving to unionize.

This is a great opportunity to preserve the many, many things we love about the company, find a collective voice on issues around the periphery, and help out our freelance and part-time friends, too. pic.twitter.com/ken7kq9lfr

SB Nation is good. Vox Media is good. That does not mean we should be complacent. I want to be personally invested in making both better. That's why I stand with my colleagues in forming #voxunion https://t.co/tHETSUJwFr

I love working at Vox Media and SB Nation. I pinch myself all the time that I get to do this.

That's why it's important to protect. Why we're organizing: https://t.co/YqKbzgpMdQ

Wow great message from The Owner Of Vox @jon_bois pic.twitter.com/9BYxIH5pMJ