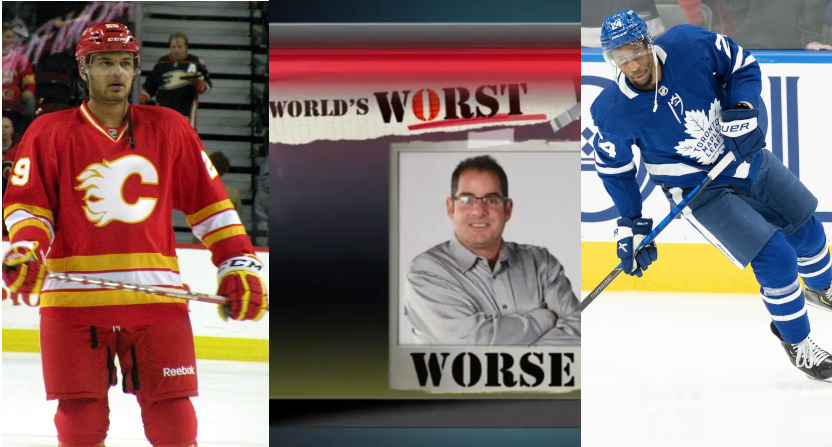 Long-time Toronto Sun columnist Steve Simmons has stirred up quite a few controversies over the years. Those include false hot dog stories, shots at Raptors’ players over casino visits,  calling mixed doubles curling “an Olympic sham,” and asking Toronto Raptors’ president Masai Ujiri why Ujiri has spoken out about racism and not crime in Toronto. Simmons’ latest controversy started Sunday with a tossed-off shot in a notes column. That column saw Simmons blast former NHL player and current Hockey Diversity Alliance chair Akim Aliu, negatively comparing him to current Leafs’ player Wayne Simmonds and saying Aliu’s experiences can’t have been because of race:

No one wants to say this because of the politically correct police and all, but those who coached Akim Aliu must cringe every time they see him in a news report or a commercial talking about what’s wrong with hockey. Like he would know. By my count, Aliu played for 23 teams in nine different leagues in 12 professional seasons and rarely finished any season with the same team he started with. If that was colour-related, how is it that Wayne Simmonds spent just about the same 12 seasons playing in the NHL?

On Sunday night, both Aliu and Simmonds (seen at left and right above respectively) took exception to those remarks from Simmons (seen in the middle above in an image from a Keith Olbermann roasting in 2015). Here’s what Simmonds tweeted:

Just a quick msg to the hockey world. I usually don’t have time for this but tonight I do! I really don’t appreciate what your trying to do (Steve Simmons) your article was asinine and in no way reflects the real plight that my self, Akim and other players of colour go through.

make your point. We will no longer sit by quietly as our characters are assassinated Steve! This will only make us stronger and speak out against ppl of your nature! If you were trying to be cool or funny, you missed your mark. YOUVE BEEN WARNED!!! Ps this is me being nice!

A full transcription of that:

“Hi everyone, Akim Aliu here, and happy Thanksgiving to you all. Just wanted to make a quick video to address the comments made by Steve Simmons in The Toronto Sun earlier today. Obviously, being in this space, there are times that people say negative things about you, but you learn to let it go. But this one got me good. This one got me at my core.”

“The only reason I’m addressing this is because it’s all over the internet. I’ve seen Steve talk negatively about me for some time now and the funny thing is I’ve never spoken to him, or met him in my life. I actually found out what he said through other members of the Hockey Diversity Alliance.”

“People like Steve are what’s wrong with society. This is the first time in history the crucial conversation of race is prevalent in hockey, and I believe my story and what the HDA is doing is a major reason for that.”

“You have absolutely no clue, Steve, what I and my family have been through both physically and emotionally since I’ve started playing hockey, and the scars it has left. When I showed this to my dad, he literally broke out in tears. This is a man who didn’t own a pair of shoes until he was 16 years old, growing up in Africa, and a man who delivered pizzas as my mom cleaned hotel rooms to get me by in this game. My dad who was with me literally an hour ago at a HDA grassroots event trying to promote diversity in the game in underserved communities. He’s still giving back after all these years trying to navigate a sport he didn’t fit into. It’s so clear what you’re trying to do, and that is to divide us. But what you don’t realize is that this unites us and makes us stronger.”

“The real question here is are you saying there’s no racism in the game with everything that’s gone on? What are you actually trying to do by comparing myself to Wayne, who is actually an incredible leader in this space and is promoting the same message as I? What coaches are you referring to? Guys like Bill Peters? Are you saying I didn’t get called a n— and get sent down to the [ECHL] when I was actually leading my AHL team in scoring in my first professional season?”

“Are you saying I wasn’t hazed in my rookie year in the OHL, made to strip naked in a bathroom with five other men, and afterwards got my teeth cross-checked out for not wanting to do it again, and then subsequently getting blackballed by Hockey Canada as I watched my stock drop? Are you saying I didn’t have a trainer walk into my team party with a jersey and blackface, and then afterwards I asked for a trade? Are all those instances my doing? Because that is how the hockey establishment made it to be.”

“If you actually did some real journalism, you would know that the Chicago Blackhawks’ management team that did everything in their power to bury me, out of that organization came five National Hockey League champs. That’s close to 20 percent of the league at time. Countless others went on to scout and to other management positions.”

“You are a racist, and you are arrogant. You have zero credibility and respect from even your own peers in the media space and athletes alike. And if The Toronto Sun had any integrity whatsoever, you’d never write another column again. Once again I’m going to tell you, you will never divide us. We’re just going to be stronger together.”

Those are strong words from Aliu, and they’re a good response to Simmons’ tossed-off criticism here. As Aliu notes, Simmons made no mention of any of the circumstances that led to Aliu being sent from team to team. But the even more notable response may be from Simmonds. Simmons tried the old tactic of using a “good minority player, bad minority player” comparison to try and proclaim that race isn’t a factor, but that wasn’t looked on fondly by even the person who was the “good” side of it. And Simmonds’ “We will no longer sit quietly as our characters are assassinated” is quite a powerful response.

[Yahoo Sports Canada: photo of Aliu in 2012 from Resolute on Wikipedia, photo of Simmons from a screengrab on Pension Plan Puppets, photo of Simmonds in an April game from Nick Turchiaro/USA Today Sports]

"There is nothing like an Alex Buque post-game interview. Have the censor button close by!"

"I am upset. I do get upset by the dumb image. I don’t like it being brought up."

"There is nothing like an Alex Buque post-game interview. Have the censor button close by!"

"I am upset. I do get upset by the dumb image. I don’t like it being brought up."