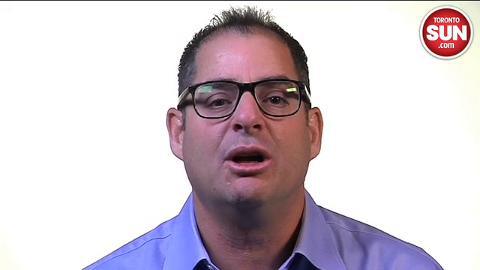 Toronto Sun columnist Steve Simmons’ claim in print last week that former Leafs’ forward Phil Kessel ate a hot dog from the same vendor almost every day has sparked widespread derision, with Keith Olbermann blasting Simmons twice  and Pension Plan Puppets exposing how geography made Simmons’ account highly improbable. Simmons initially remained largely silent in the wake of the criticism, only snidely saying that hockey insiders agreed with him in a weekend notes column, but he spoke to Dave Naylor on Toronto’s TSN Radio 1050 Wednesday evening and gave his side of the story. Simmons told Naylor that he stands by the claim about Kessel’s hot dog purchasing habits, but he put the stand in question in the wrong part of the city thanks to a miscommunication between him and his source.

“Six months ago was the first time I’d heard about Phil Kessel popping out for his afternoon hot dog,” Simmons said, saying that the information was believable at that time and that the Sun considered stationing a photographer near the stand (but never actually did that). He said the story came to mind again last Wednesday night in the wake of Kessel’s trade to the Penguins, as he prepared to pen a column following his work on TSN’s free agency coverage, but when he checked with his source, the source confused a question about the hot dog stand’s location for a question about the source’s own location.

“I’m trying to remember where this hot dog stand was,” Simmons said. “I called my contact who had given me the information, he sees Kessel out there all the time getting his hot dog. …He thought I meant ‘where are you located’? My question was ‘where’s the hot dog stand,’ in my mind at least.”

Simmons said that his source gave him his own location, Front Street and Blue Jays Way. An editor at the Sun knew there were no hot dog stands there and changed it to Front’s intersection with John Street, which is reasonably nearby and does have hot dog stands. Indeed, enterprising journalists quizzed the vendors there over the last week to try and see if Simmons’ story was accurate. They had no luck, though, and Simmons told Naylor that’s because he got the location wrong thanks to this communication breakdown, with the actual hot dog stand in question being “in the College Street area by Bay,” very close to Kessel’s condo. Simmons insisted that the rest of the story is true, though.

“The fact that he went for the hot dogs is 100 per cent true,” Simmons said. “I’ll stand by that column for the rest of my career.”

There are still big questions about this, though. For one, why does a source who lives at Front and Blue Jays Way have such knowledge of Kessel’s eating habits? Perhaps the source works near College and Bay, but that still makes it curious that he saw this regularly and no one else appears to have. As Jesse Spector noted, it’s bizarre that no one’s ever tweeted a photo of this:

@AndrewBucholtz Once again, easy question: Why has Twitter never been flooded with pictures of Phil Kessel buying hot dogs on the street?

@AcmeSalesRep also pointed out that a hot dog map of Toronto two summers ago had nothing near the new location around Bay and College. So, Simmons’ new story is far from confirmed. Simmons doesn’t seem to think it’s a big deal, though, telling Naylor, “Had I used the word downtown, nobody would have complained about anything.” That’s not quite true, as the column was problematic even if 100 per cent true, with Simmons telling Naylor “The point of what I wrote off the top is to poke fun at how Phil takes care of himself.” That’s a storyline members of the Toronto media have been trying to promote for years, but it’s notable that fitness testing results at the Leafs’ 2014 training camp had Kessel in the top three.

Those testing results are specific evidence to the contrary of what Simmons is trying to sell here, so you’d think he’d have something a little more solid to criticize with than just one source mentioning Kessel regularly eats hot dogs. You’d alsod imagine that many Leafs’ fans would still have taken issue with his attack on Kessel (who, for the record, led the team with 61 points last season) even if it was vaguely worded or demonstrably provable. It’s the specific, wrong location that really takes this to a new level, though; as mentioned in our initial post on this, printing untruths is highly problematic in most journalistic circles. Simmons doesn’t seem to feel that way, though, telling Naylor it’s just a group of anonymous bloggers going after him and blaming them for not contacting him to get his side of the story.

“All the bloggers, a lot of them don’t even have names, who have taken shots at me… one phone call, which is all it would have taken, could have averted all of that,” he said. “When you’re reporting on what someone said or wrote or whatever, journalism rule #1 is you contact the person.”

First of all, every blogger does have a name. Yes, some don’t use their real names, especially if it’s not their full-time job, but that doesn’t impinge their coverage; Chemmy’s initial post exposing Simmons’ geographical errors had far more journalistic merit than Simmons’ column, as it actually looked into how feasible it was for Kessel to do what Simmons claimed he did. Beyond that, though, Simmons hasn’t taken criticism from named figures like Olbermann well either, and his demand to be contacted is unusual, as Olbermann did try to contact him and he declined to respond.

Well, if you’re not going to respond, it’s a little hypocritical to demand that people contact you for comment, isn’t it? Also, if Simmons was so desperate to get his side of the story about the geographic misunderstanding out there, why didn’t he tweet it, or include it in his weekend notes column? Instead, he waited a week to talk about it on the radio, and while his new story may be true, it still carries a lot of questions. Simmons is standing by it for “the rest of his career,” but we may not have seen the end of HotDogGate yet.