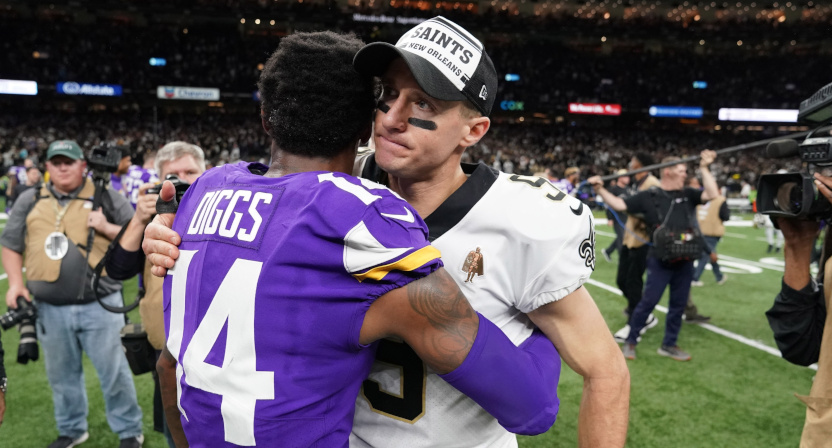 The NFL’s Saturday wild card games worked out well for both ABC/ESPN and CBS, which posted 16 and 23 percent rises respectively over 2018’s comparable windows for their coverage of Bills-Texans and Titans-Patriots. (And that’s particularly impressive considering that all four wild card windows posted growth last year.) The Sunday news was a bit more mixed, though; Fox posted a big gain for Vikings-Saints (over last year’s Sunday afternoon window of Chargers-Ravens on CBS), but NBC’s coverage of Seahawks-Eagles was down from last year’s comparable window (Eagles-Bears).

It’s notable that last year’s NBC Sunday night game was the largest wild card audience on NBC in at least 32 years, though, and the 35.8 million they averaged here was only .25 percent below last year’s 35.89 million. And as they note in the tweet above, those numbers beat anything else on TV since the Super Bowl (although that’s as expected for the first Sunday night playoff game). Here’s the overall average audience for each game of wild card weekend:

So this furthers the general NFL ratings story this year, which showed not just a climb (up 4.5 percent across all windows from 2018 for the regular season) but a return to levels comparable to 2015 and 2016. And these numbers are even better than the regular season numbers, especially considering that last year’s wild card numbers all showed rises. Having two overtime games (BUF-HOU and MIN-NO) certainly helped, and the non-overtime games were also close (plus, a lot of people were interested in the Patriots’ loss). But this is still quite good news for three of the networks, and even the slight drop at NBC isn’t bad considering the overall audience number there and considering how high last year’s game was for them. And that gives the NFL and its broadcast networks even more momentum heading into the divisional round next weekend.