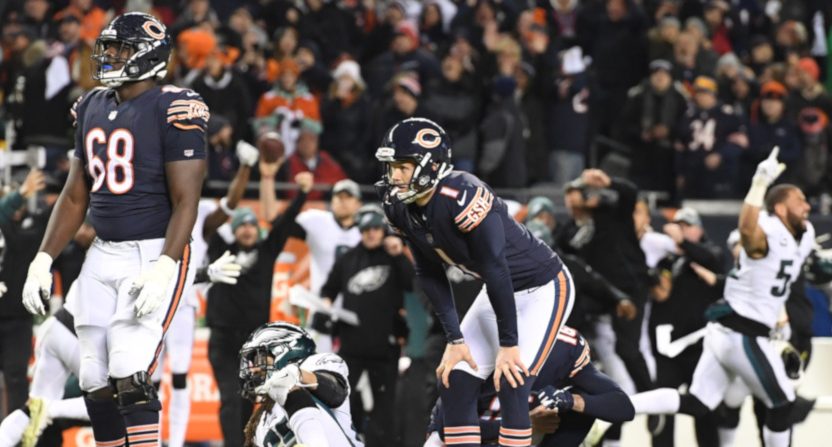 The ratings story of the 2018-19 NFL season appears to have continued into the playoffs. The season has been marked by increases relative to 2017-18, but it’s worth remembering that 2017-18 was the weakest ratings season in a long time, with regular-season ratings dropping 9.7 percent year-over-year; this year’s five percent rise didn’t recover all those viewers, and it didn’t get back to the heights of 2015. Similarly, it’s definitely notable that all four wild card windows rose year over year for the first time in five years, and that’s certainly something the networks want to hear, but even with that, these numbers still aren’t near some past levels.

Here’s how each game this year stacked up in overnight ratings:

Eagles-Bears (late Sunday afternoon, NBC): 22.6, up 11 percent from Panthers-Saints last year, but down six percent from Giants-Packers in 2017 (both of those games aired on Fox).

And here’s how those numbers look for the last five years (sourced from the yearly breakdown on Wikipedia):

That graph shows how this lines up historically, and how the different windows compare. (Note that the particularly low Saturday afternoon window in 2015 came from a game broadcast solely on ESPN; since then, that game has been simulcast on ABC.) It’s no surprise that the late Sunday window dominates (that tends to be the best NFL window during the regular season too), Sunday afternoon is second-best and Saturday afternoon is generally the worst (although it edged Saturday evening last year), but it’s even more interesting to look at the cross-window trend; a peak across all windows in 2016, a drop in 2017, a big drop last year, and then a rebound to close to 2017 levels this year.

That further supports the idea that while these ratings are a definite improvement, and one networks will be happy with, they’re still not the dominant numbers the NFL’s put up at times over the past decade. We’ll see how the ratings change for the divisional round and beyond, but it seems likely those games will produce a similar story; improvement over 2018, but not the peaks the league has sometimes hit.