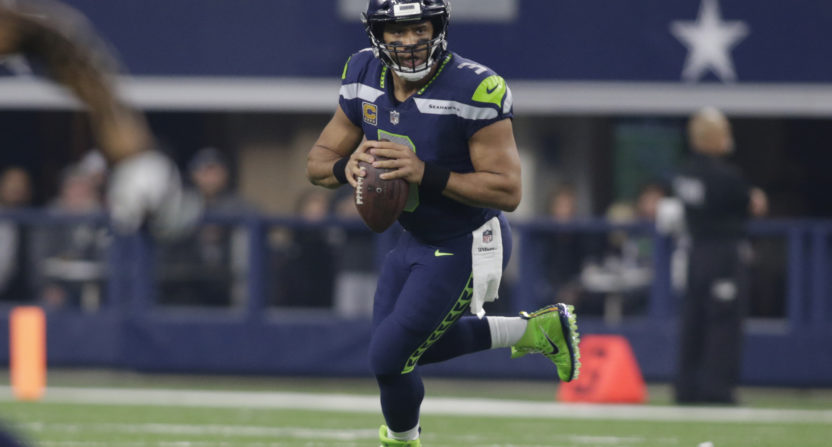 The NFL’s ever-polarizing London games will be back in 2018, with three games spread across October, including the league’s first ever contest in Tottenham’s brand-new stadium.

After playing four games in London for the first time in 2017, the league cut back to the usual three for 2018. Two will be played at Wembley Stadium, site of all but three previous NFL London games, while one will be held at Tottenham’s yet-unnamed venue. Here are the matchups:

The 2018 London lineup provides a trio of interesting matchups. A year ago, Eagles-Jaguars would have sounded dull, but with both teams coming off division titles (and still alive in the playoffs), it should make for a good game in 2018. Raiders-Seahawks will feature a pair of talented teams looking to return to the postseason. And Titans-Chargers? Well, it could be worse.

This will be the first ever London game for Seattle, Philadelphia, and Tennessee, leaving the Panthers, Texans, and Packers as the only teams to never play across the pond (though Houston did face the Raiders in Mexico City in 2016). It will mark the sixth straight year Jacksonville has hosted a game in London, as well as the fourth London trip in five years for the Raiders, who lose a precious home game in what could be their final season in Oakland. The Chargers’ lone UK experience came back in 2008, in the NFL’s second ever London contest.

The NFL’s London series remains controversial among just about all interested parties. Players don’t like the overseas trips, fans miss the home games, and television executives fear the extra time slot is contributing to over-saturation and sapping ratings from pregame shows. Meanwhile, a recent survey found that Briton generally find the American football quite boring.

But the NFL and its team owners are forever interested in growing its game abroad, so the series goes on, and the Raiders, Seahawks, Jaguars, Eagles, Chargers and Titans have a long trip ahead of them.