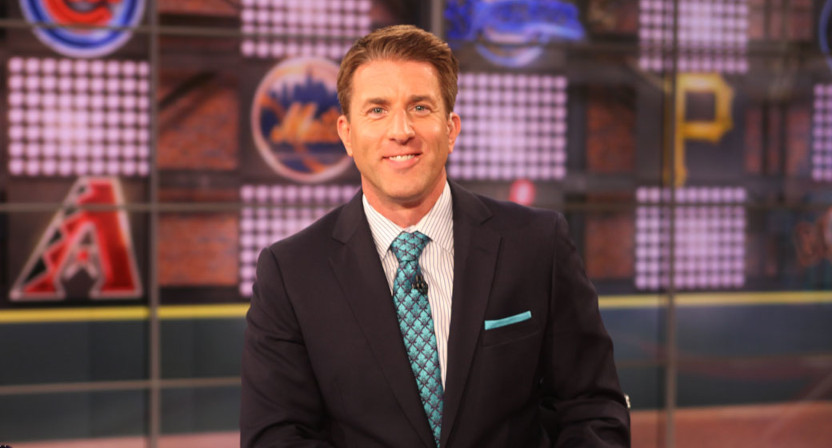 This season will see a lot of changes in the NFL on Fox announcing lineup, and perhaps the most notable is at the top. In the No. 1 Fox booth, there’s now a whole new top team of Kevin Burkhardt and Greg Olsen, following Joe Buck and Troy Aikman leaving for ESPN. Burkhardt spoke to Jon Hoefling of the new Deadspin on that for a piece published Saturday, and he said he recognizes that some critics can’t be appeased:

“I do try to go back and have conversations with fans when I can, because I do feel like most of them turn out to be pretty good, but there’s always somebody who’s going to be sour no matter what I do,” Burkhardt, FOX’s new NFL lead play-by-play commentator, told Deadspin. “If they don’t like me, I don’t give a fuck. I can’t let it affect how I do my job.”

…“I think everybody’s angry about everything,” Burkhardt said. “Joe Buck is one of the greatest to ever do it, so I never understood the hate he got online. I mean, it’s a subjective business. I’m not naive. I know there are people that don’t like my style, maybe don’t like the way I call a game. That’s fine. You just hope that you do the game justice and you make it an enjoyable experience.”

When pushed further on how his online presence can affect his demeanor, Burkhardt responded, “Look, everyone wants to be loved, right? That’s the goal, but at the same time if people on Twitter are going to criticize me then it’s like ‘You try being on TV uncensored for three-and-a-half hours live.’ There’s no delete button. For everyone that says they could do it better, I don’t go into a hospital and critique a heart surgeon on his procedure. The odds are they [internet trolls] can’t do it better.”

Here’s more from that piece on how Burkhardt (seen above on Fox’s MLB Whiparound) got into sports media while also selling cars, and how he’s fine with the pressure that’s now applied to him:

“I feel a lot of pride. I would say I’m being with it. I worked a lot of lower-level jobs and sold cars and all that. I take pride in the whole thing,” Burkhardt said. “I just hope that people look at me, certainly when you’re just starting out in the industry and you’re overwhelmed, and say ‘Hey, if that dude can go to a Super Bowl, then maybe I can do this!’ I know that’s corny, but I do take a lot of pride in that.”

…“That comes with the territory. If you don’t want the pressure, you shouldn’t go into national broadcasting.” Burkhardt continued, “Will this be different? Yes. I’ve never done a Super Bowl. I’ve never done an NFC Championship… but I welcome that part of it.”

From this corner, we applaud Burkhardt for his candid comments here. “Everybody’s angry about everything” may be a slight overstatement, but not by much, especially when it comes to social media reactions to announcers in particular. And as Burkhardt notes, his predecessor in this particular job (Buck) certainly took more than his share of social media criticism. And Burkhardt’s Twitter conversations are generally impressive; he’s quite willing to talk to fans who want to engage, but it’s smart for him to also recognize that there are some people who will be “sour no matter what I do,” and not worry himself too much over trying to win over people who aren’t willing to change their minds.

At any rate, Burkhardt is certainly stepping up into a job that’s going to see the levels of criticism lobbed his way intensify even further. But it sounds like he already has a plan in mind to deal with that. We’ll see how that goes for him this season.