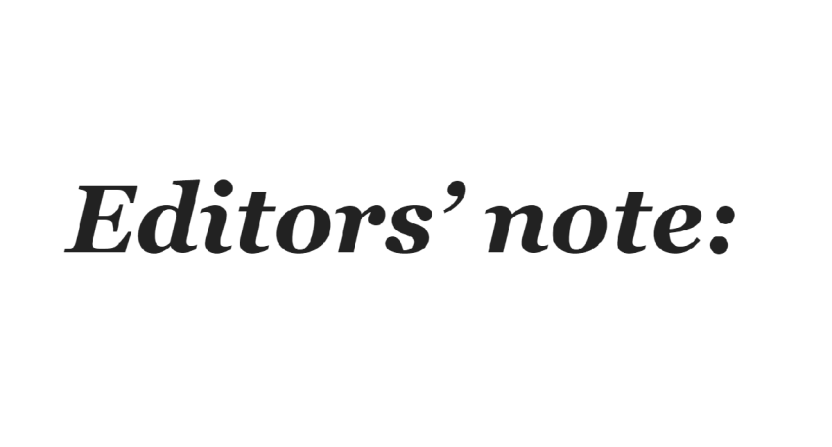 It’s telling that a post that was published on the new iteration of Deadspin (or Zombie Deadspin) over the weekend with a gallingly erroneous premise didn’t really make waves until Wednesday afternoon.

In the old days, Deadspin never would have published it, but if they had, it would have been noticed a lot more quickly. Now it’s just kind of there.

The error in question is bad enough to warrant examining, but first an aside: Awful Announcing has always existed in a glass house, occasionally poorly decorated. We screw stuff up sometimes. Typos in a headline, formatting issues, a variety of ads that occasionally make it very not fun for you to try and read the site. (You might be trying to close one right now!) Considering we occasionally highlight gaffes from others in sports media, it’s always easy to throw mistakes back our direction, and that’s totally okay!

Most everyone can recognize a best-intentions error like a typo; I once put “EPSN” in a headline and didn’t see the mistake even after a colleague sent me the headline in question telling me I messed it up. Shit happens, and it can be laughed off pretty easily because everyone screws up sometimes! Consistent sloppiness is bad, but the occasional human error feels more relatable than anything.

There are other errors, though, that are much harder to forget, conscious choices that call into question the entire editorial process for a site or outlet. Zombie Deadspin did that this weekend, running a piece by staff writer Sean Beckwith based on the premise that 49ers offensive coordinator Mike McDaniel doesn’t deserve to be a head coach, especially not before qualified Black candidates.

The subhead is illustrative of the premise:

Please stop and think before you inadvertently dub another young, white guy as the next hot NFL coaching prospect

The issue, though, as was pointed out in replies to Deadspin’s since-deleted tweet of the post upon publication: McDaniel isn’t a white guy. He’s biracial, with a Black father. This isn’t new information; he’s been on the record about it multiple times.

In fact, McDaniel has been more open than many potential NFL head coaches, not just about his racial background but about his recovery from alcoholism. That openness is part of what makes him appealing to the media and presumably to current and former players who have raved about him.

Deadspin published the post as a reaction to McDaniel gaining media traction last week after responding to a reporter’s question with a Mike Jones reference, which went viral.

I viewed that a few times and failed to catch what prompted the Mike Jones outburst, so maybe I’m missing the context and it was as clever as it’s purported to be, but it seems a little forced. Forgive me if my initial reaction isn’t, “Holy shit, look how funny and smart this guy is.”

The reporter who asked the question was Mike Jones, of USA Today. It’s not mystery context, that was widely circulated as part of the story when it happened. Later, in possibly the most “offensive on every level” section of the Deadspin piece, the writer shares this tweet from Andrew Hawkins:

I promise you there is not a brighter football mind in the League. pic.twitter.com/FT1NhAlpAx

The text that follows:

I don’t know who Andrew Hawkins is or how much weight should be put behind him saying, “I promise you there is not a brighter football mind in the League,” but it says a lot about the power of internet groupthink that a Black guy with “A call for justice shouldn’t warrant an apology” on his profile backdrop would tweet a statement like that.

A brief Google search would have revealed that in addition to his media work, Andrew Hawkins played six seasons of wide receiver in the NFL, including one year under then-Browns receivers coach Mike McDaniel in 2014. It’s jarring to see a writer so dismissive of a Black voice in a piece ostensibly meant to champion the elevation of Black coaches. That he went a step further by basically calling Hawkins a hypocrite for offering an opinion on McDaniel (based on firsthand experience) while also having a call for racial justice as a Twitter banner image is so appalling it almost feels like a joke.

I read this full column because I hate myself and it was terrible and low-effort. That it was based on an entirely wrong and offensive premise makes it an all-timer. https://t.co/6lBb4jIIlz

Amazingly, the post is still up, with this incredible editorial note added to the top of the page:

Editors’ note: We learned after the publication of this article that 49ers OC Mike McDaniel, whom we describe as a “white guy,” is in fact biracial. The article’s original text remains below. We regret the error.

That ought to fix it!

This is a glaring example of laziness, of course, but even ignoring this one post the content at new Deadspin is a clear, clear step down from the prior version, which wasn’t perfect but was certainly vital. A lot of the Zombie Deadspin content seems to be chasing some mythical audience that wants pieces clumsily discussing the intersection of sports and societal change, while also not caring about quality of writing or whether the posts themselves unwittingly undermine the causes they’re purportedly championing.

They completely bungled the Rachel Nichols/Maria Taylor story. Their corporate overlords suck, as most corporate overlords do, but that doesn’t excuse this level of incompetence. They’re getting a ton of attention and criticism today, and it’s all more than fair.

It’s sad to see where it is now relative to where it used to be, but it’s important to note that it’s not only bad relative to old Deadspin. It’s just bad, full stop. Hoping for improvement feels foolish, too; for all anyone knows, they published an even more offensive piece on Monday. If so, you’ll likely hear about it this weekend when someone finally gets around to reading it.