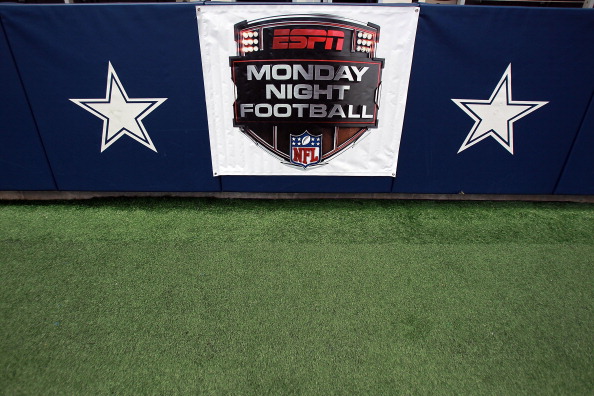 Sometime before 2021, ESPN will face a decision with major implications for its short- and long-term future: whether or not to break the bank to renew Monday Night Football rights when the network’s NFL contract ends in 2021.

On one hand, a network that strives to provide thorough coverage of American sports should probably have some rights to the nation’s most popular league. On the other hand, ESPN is paying $1.9 billion a year to air a relatively small package, and that money could be potentially be put to more efficient use elsewhere at a company reeling from subscriber losses.

According to ESPN guru Jim Miller, ESPN’s odds of renewing its Monday Night Football rights might be better now than they were a few months ago. Speaking to Jimmy Traina on the Sports Illustrated Media Podcast, Miller said new ESPN president Jimmy Pitaro is probably more bullish on MNF than his predecessor John Skipper.

The biggest thing I can say that’s going to be different from Skipper to Pitaro, in my opinion, is I believe that Skipper would have been very reticent to renew the Monday Night Football deal. At least to say to [Disney CEO] Bob Iger, “I don’t want to do it. I want to just buy the highlights package and then see whether we want to go big on one of the other packages, Sunday afternoon or Sunday night.” I think that Bob Iger is very comfortable with the NFL, he likes the NFL’s product, and I think Pitaro is likely to follow his boss’ lead on that. Whereas Skipper I think would have been probably pounding the table saying, “Let’s get out of here.”

Basically, Miller is saying that Pitaro, who worked as Disney’s chairman of consumer products and interactive before accepting the job at ESPN, is less likely to argue with corporate higher-ups about the wisdom of shelling out for Monday Night Football than longtime ESPNer Skipper would have been. As a result, in Miller’s opinion, the property is likely to return to ESPN airwaves.

Of course, ESPN’s decision remains a while away, and many variable could affect what it chooses to do. As Awful Announcing’s Ty Duffy pointed out last summer, whether or not ESPN rushes to re-up with the NFL could depend heavily on where the network fits into the media landscape a few years down the road.

If ESPN is still first and foremost a linear network, it might feel it needs Monday Night Football to keep NFL fans attached. If the network has invested more heavily on streaming and podcasts by then, it will feel less pressure to woo cable providers with a high-profile package.

How much of ESPN’s revenue is still coming from cable subscriptions is key. We have seen subscriber numbers trickling away. That trickle becoming a flood may be as simple as fiber Internet companies getting better infrastructure. How many people stick with cable when they can get gigabyte Internet (ten times as fast) for $70 per month?

ESPN is probably still relying on subscriber income. But, to some extent, ESPN will be more of a streaming property selling direct to consumers. The more that grows the more impetus will move away from bullying cable providers into more money. So, how much does Monday Night Football matter?

Regardless of what ESPN winds up deciding, the Monday Night Football quandary will help define the network moving forward, is it figures out what it wants to be, who it wants to serve and how it wants to spend its cash. Pitaro has a couple years to learn the lay of the land before making what will surely be one of his biggest choices as ESPN president.