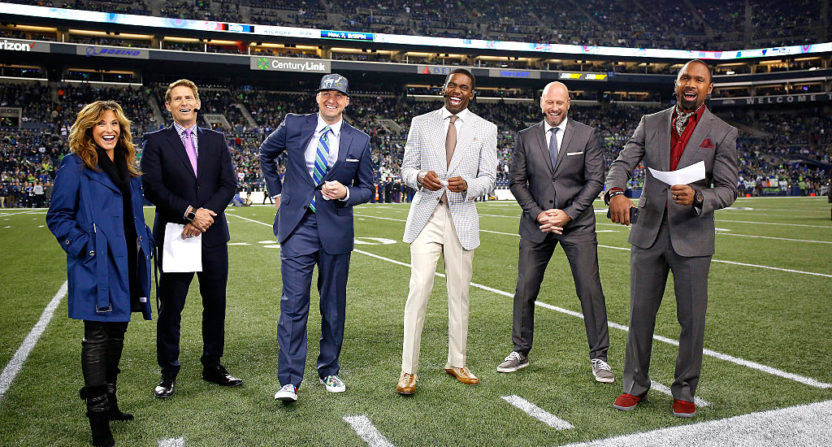 Cable subscriber numbers are decreasing. Revenue losses are hitting ESPN hard, with billions committed to sports rights deals. Recent layoffs felt traumatic. Those may be surface level cuts compared to what is coming. With wheels in motion, it’s tough to gauge the future of ESPN now. But, a major tell for how the network moves forward will be what happens with Monday Night Football.

Looking at a rights breakdown, the Monday Night Football deal is ESPN’s first prime property to come up for renewal in 2021 (Sorry, AAC). It’s also ESPN’s most expensive, worth a staggering $1.9 billion per year. ESPN pays nearly as much as Fox and CBS pay combined for Sunday afternoon (about $2.1 billion per year). That one game per week costs ESPN more than its entire slate of college football properties combined.

Shedding that deal on the surface level would make sense. ESPN could cut the biggest cost while sacrificing the minimum amount of programming. It’s also not that great of a deal. Besides being fleeced, ESPN gets no Super Bowl and only one playoff game. The Monday Night package has no flex option. There has been some reporting the NFL has deliberately saddled ESPN with mediocre games. Eight teams will appear twice on Monday Night in 2017. The Dallas Cowboys and New England Patriots are not among them.

Of course, in reality, cutting Monday Night Football is hardly that simple. The NFL imprimatur has been vital for ESPN’s growth. It’s the main reason ESPN can demand those huge subscriber fees. That established relationship with the NFL reduces the logical leap for other sports leagues to put premier properties (The College Football Playoff) on cable. Can we even imagine what ESPN programming would look like without NFL highlights and promotion? ESPN can’t banish the NFL to mainstream irrelevance the way it did with the NHL.

Needing the NFL is what gave the league leverage to jack up ESPN’s fee so high. Here is Broncos owner Pat Bowlen describing the NFL’s relationship with ESPN.

“We felt we deserved a larger share of that money because the N.F.L. is a big part of their programming,” he said. “They wouldn’t be anything near what they are without us.”

The question for ESPN is how important Monday Night Football will be in the next era. Much of that will depend on what ESPN looks like in 2021. Four years is an eternity in modern technological time. Is ESPN still, primarily, a linear TV network? Or, is ESPN a streaming and podcast emporium?

How much of ESPN’s revenue is still coming from cable subscriptions is key. We have seen subscriber numbers trickling away. That trickle becoming a flood may be as simple as fiber Internet companies getting better infrastructure. How many people stick with cable when they can get gigabyte Internet (ten times as fast) for $70 per month?

ESPN is probably still relying on subscriber income. But, to some extent, ESPN will be more of a streaming property selling direct to consumers. The more that grows the more impetus will move away from bullying cable providers into more money. So, how much does Monday Night Football matter?

The core ESPN viewer is subscribing to ESPN in the fall with or without Monday Night Football. It will be impossible to follow college football without having ESPN. The gravest problem for ESPN will be keeping subscribers on board from January to August when there’s no football.

Bundles prevent viewers from shutting down their cable and starting up again. ESPN won’t be able to stop people doing that with its streaming service. ESPN will also become more expensive, as the cost burden shifts from the broad cable subscribers to active ESPN consumers. That only heightens the incentive to dump ESPN during the football offseason.

From that perspective, paying heavily for the MLB and NBA regular seasons makes sense. Does ESPN dump MLB to keep Monday Night Football for 17 games and rely on the WNBA and MLS for three months per year?

Severing the relationship with the NFL would be crazy for ESPN. Going north of $2 billion per season, in the present and future financial climate, for 17 football games would seem crazy as well. Does ESPN try to move Hank and his rowdy friends over to Thursday Night? Does the NFL cut its longtime partner some slack? (Guessing not) Things will get interesting.