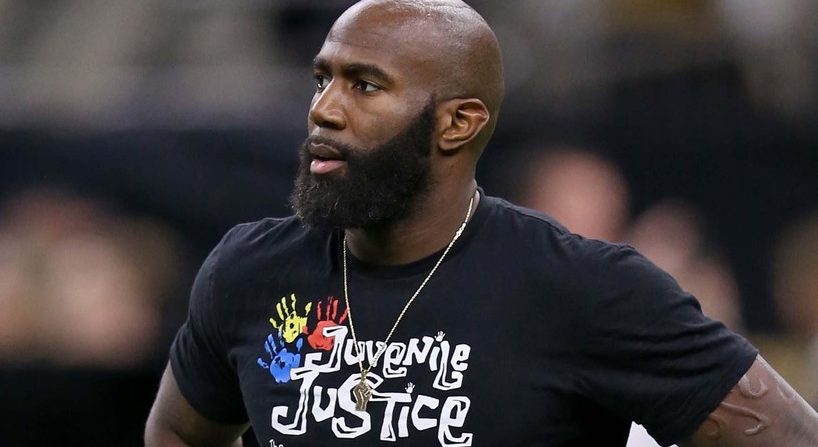 If the NFL doesn’t play this season (and news of positive COVID-19 tests among a group of Dallas Cowboys and Houston Texans players might add some doubt), Malcolm Jenkins has lined up a new gig for himself. And unfortunately, the culture is currently in a place that could keep him busy with that job.

As reported by Variety’s Brian Steinberg, CNN has hired the 12-year NFL safety as a contributor to lend commentary and analysis on national affairs focusing on racism and social justice. With the cable news network’s daytime news and prime-time opinion programming, Jenkins could conceivably appear frequently depending on current events. Unless — or until — his day job eventually occupies most of his time.

“Now more than ever, the public needs to be educated on the roles of elected positions of power, such as the District Attorney, Police Chief or City Council, and how to hold those individuals accountable, especially through their voice and their vote,” Jenkins said in a statement announcing his CNN hiring. “In an important election year, I’m eager to join the CNN family and share my perspective as a regular contributor.”

Proud to join the @CNN family today as a regular contributor. Looking forward to being heard. #blacklivesmatter #MoreThanAnAthlete https://t.co/oizjMBy7s6

Jenkins was in the news most recently for his response to Drew Brees’ remarks on kneeling protests “disrespecting the flag.”

“You’re somebody who I had a great deal of respect for, but sometimes, you should shut the f–k up.”

I recorded a few videos when thinking of how to respond to Drew Brees, I don’t take any of it back-I meant what I said-I removed the 1st video because I knew it be more about the headlines. I want people to understand how those of us struggling with what’s going on feel pic.twitter.com/T054qt0YEz

Jenkins enters his 12th NFL season, returning to the New Orleans Saints (with whom he’s once again a teammate of Brees) after six seasons with the Philadelphia Eagles. He played his first five years in the league with the Saints. During his career, he’s won two Super Bowl championships and been named to three Pro Bowl teams.

In 2017, Jenkins co-founded the Players Coalition with Anquan Boldin, a group of current and former NFL players dedicated to opposing racial injustice and social inequality. Early in his NFL career, he launched the Malcolm Jenkins Foundation to help youth in need living in New Jersey, Ohio, and Philadelphia, particularly under-served communities where Jenkins grew up and played college and pro football.

Throughout his career, Jenkins has written op-ed pieces for the New York Times, Washington Post, and CNN.com. But being an on-air contributor for CNN might provide his largest platform yet, allowing him to reach a wider audience.