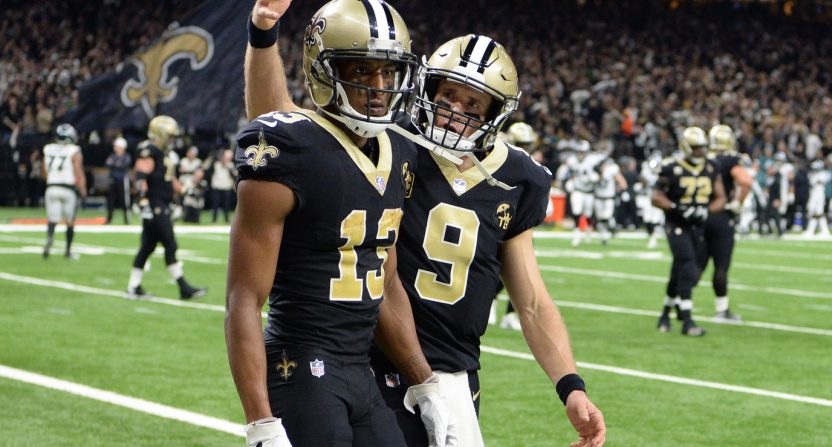 Drew Brees thrust himself into the center of controversy on Wednesday morning by focusing on the American flag when asked about players kneeling during the national anthem.

Highlight: @readdanwrite asks @drewbrees what the star NFL quarterback thinks about "players kneeling again when the NFL season starts."@drewbrees: “I will never agree with anybody disrespecting the flag of the United States of America or our country.”

Just out of curiosity, I wonder how Brees feels about fans bringing these flags to Saints games. 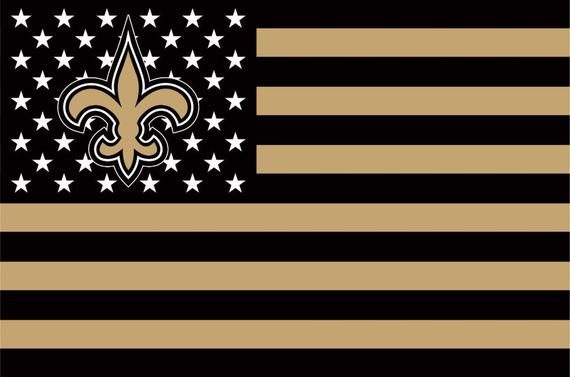 Brees clearly doesn’t understand the point of kneeling during the anthem, given that he participated in #BlackoutTuesday this week and posted a Nelson Mandela quote on Wednesday.

Words to unite.. A mentor of mine once told me that if you listen closely, the sound of children playing is the same no matter where you are in the world. The laughing, shouting, screaming, giggling… No matter what language you speak, no matter what your race, color, religion… the exact same. At some point we all change… The reasons… Our environment, experiences, education…The voices and influences around us. If you are reading this, you are probably one of those whose voice and influence is very powerful in the life of a young person. So when you ask what difference you can make in this world… It’s exactly that. Raise, teach, but most importantly model to young people what it is to love all and respect all. There is a saying in every locker room I have been in… Don’t just talk about it, be about it. Acknowledge the problem, and accept the fact that we all have a responsibility to make it better. “Your actions speak so loudly I can’t hear what you’re saying”

Anyway, Brees’ comments has led to plenty of negative feedback, and one of the more unlikely sources has been his teammate and favorite target, Michael Thomas.

Thomas has been an active tweeter over the last week, spreading news of protests, acts of injustice, and messages of hope, but he went on something of a tweetstorm after the Brees clip went live. And while he didn’t specifically mention his teammate in the tweet, the timing cannot be coincidental.

He don’t know no better.

We don’t care if you don’t agree and whoever else how about that.

Brees attempted to clarify his comments, saying that he supports racial equality, justice, and the military.

I asked Drew Brees about reiterating his stance on the anthem (and the backlash over doing so). More to come, but among his responses: "I love and respect my teammates and I stand right there with them in regards to fighting for racial equality and justice. I also stand with… https://t.co/fAxchR69ns

(Brees continued): "… my grandfathers who risked their lives for this country and countless other military men and women who do it on a daily basis." Will share his full response in a news story shortly. https://t.co/eZlRRiHZWz

Great to know everyone is on the same page here.

Jenkins — who signed with New Orleans this offseason and was on the Saints with Brees in 2009-13 — released multiple videos on social media.

On the first video which has since been deleted, Jenkins said, “You’re somebody who I had a great deal of respect for, but sometimes, you should shut the fuck up.”

“You’re somebody who I had a great deal of respect for, but sometimes, you should shut the f–k up.”

Malcolm Jenkins’ video was deleted but here is his Instagram caption and a transcription of what he said. He recorded this before he talked to Brees but wrote that he felt compelled to put it up. pic.twitter.com/0EaY9YjHBo

As part of the second video, Jenkins said, “Drew Brees, if you don’t understand how hurtful, how insensitive your comments are, you are part of the problem.”

I recorded a few videos when thinking of how to respond to Drew Brees, I don’t take any of it back-I meant what I said-I removed the 1st video because I knew it be more about the headlines. I want people to understand how those of us struggling with what’s going on feel pic.twitter.com/T054qt0YEz

Colston was a longtime favorite target of Brees on the football field, catching 711 passes and scoring 72 touchdowns over 10 seasons in New Orleans (2006-15).

In a statement on Twitter, Colston said, “If you can’t open you mind and be humble enough to hear someone else’s pain and experience, then you’re a bigger part of the problem than you want to admit.”