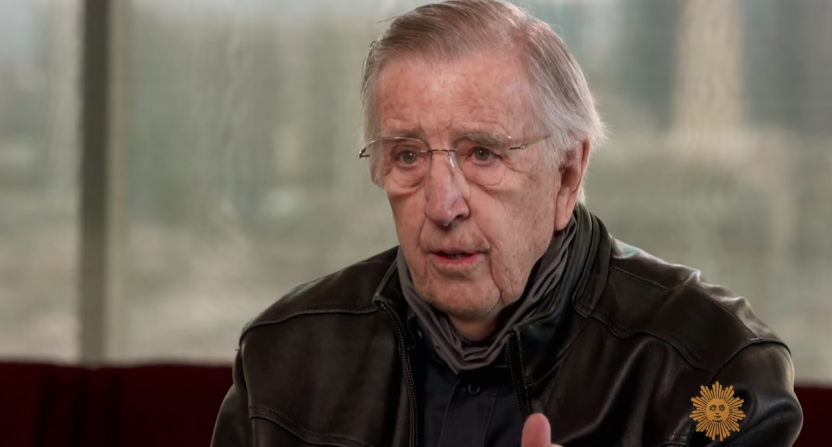 Retirement must have given Brent Musburger a chance to catch up on all the John Wick movies because the sportscasting icon came out hot this week with some very colorful ideas about the way the Jon Gruden email scandal went down.

As a refresher, Gruden resigned as Las Vegas Raiders head coach earlier this season after emails written by him containing racist, homophobic, and misogynistic language came to light. The email leak was part of those collected during an investigation into workplace misconduct with the Washington Football Team. Along with Gruden’s emails, others were also leaked, implicating former general manager Bruce Allen and other NFL employees.

Curiously, WFT owner Dan Snyder, who was at the center of many of these email exchanges and is a central figure in the complaints that triggered the investigation in the first place, avoided any fallout in the leaks, prompting many to assume that he or the NFL were strategically leaking certain emails to give people enough red meat that would allow the league to sweep the rest of the 650,000 emails under the table.

Gruden has since said that “the truth will come out” regarding the emails and filed suit against the NFL and commissioner Roger Goodell claiming it was an orchestrated campaign to end his coaching career.

All of which brings us back to Musburger, who spoke with  J.T. The Brick of the Las Vegas Sports Network this week and did not mince words about how he saw everything played out.

“That was one of the best hit jobs that I’ve ever been around,” said Musburger. “They didn’t go to their media goombahs. They didn’t leak this to Adam Schefter or one of those guys that breaks stories. They first went to the Wall Street Journal. And when Gruden was still coaching after that, then they dumped the rest of it on the New York Times. That was a professional hit job.”

First of all, ouch to Schefter, who, to be fair, deserved that.

Musburger also followed that up by speculating that it was entirely possible the NFL is not the entity that leaked the emails, given how many players were involved and had their own interests in mind.

“There was a second lawsuit involved, OK?” Musburger said. “Between the owner, [Daniel] Snyder of Washington, and a former General Manager. And that means that a lot of outside people had access to those emails that they were going through. So I think the hardest part for Gruden’s lawyers to prove is that somebody from the National Football League actually leaked that. Because if it is somebody from the NFL, shame on them. Because Mark Davis should have been told in the summer when he had something to do about it.”

It seems unlikely that the general manager in question, Bruce Allen, would want any of those emails out there, as he comes off looking as bad if not worse than Gruden. But there are certainly outstanding questions about how those specific ones made their way to the media, questions we may never get answers to.

It’s a tricky spot because you don’t really win any points with anyone by being the guy who backs Jon Gruden, but the NFL created this mess in the first place by being so cagey about the investigation results and the presumption that it has rallied around Snyder to protect him at the expense of others, in spite of everything the world knows about him. There may be victims in this story but there certainly aren’t many “good guys.”

As far as what Brent thinks the outcome should have been for Gruden, he thinks the Super Bowl-winning coach should have received a lengthy suspension but should still be in charge of the Raiders.

“I wish that coach Gruden had been suspended for four, five, or six games…I didn’t think that Jon’s career should be ruined by his stupidity, it had been so long ago,” Musburger said.