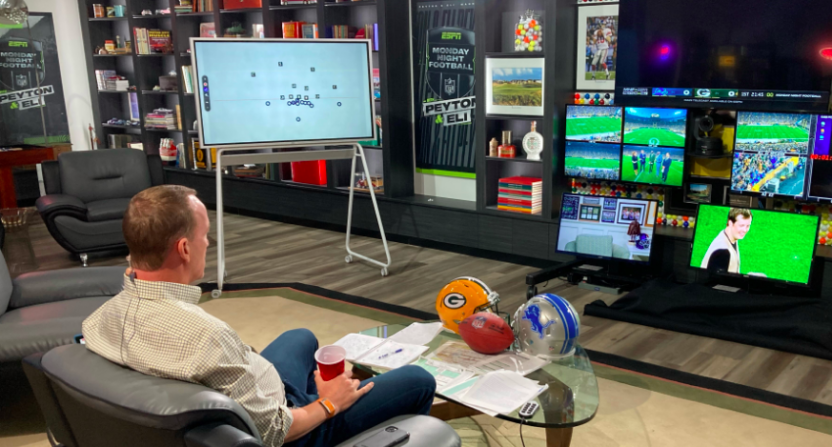 A fascinating part of the long-running Ryan Howard-Ryan Zimmerman (first filed in 2016) libel lawsuits (since combined into one) against Al Jazeera over 2015 documentary The Dark Side: Secrets of the Sports Dopers is the connections for a person who isn’t actively suing: Peyton Manning. Manning was heavily featured in that documentary, particularly around allegations that pharmacist Charlie Sly mailed Manning’s wife Ashley human growth hormone (HGH), and that Sly said he believed those drugs were meant for Manning. When that documentary came out, Manning said “It never happened. Never,” and “Whoever said this is making stuff up,” and he threatened to sue, saying “I probably will” and describing the documentary as “defamation.” But while Manning didn’t sue in the end, Howard and Zimmerman did, and a new ruling there may have far more impacts for Manning than for those plaintiffs, both who are considerably more out of the public eye at the moment.

This is part of what’s interesting with the popularity of the Peyton and Eli Manning “Monday Night Football With Peyton and Eli” alternate feed (also known as the ManningCast). Yes, the viewership numbers there are still way behind ESPN’s conventional Monday Night Football broadcast. But, at the same time, they’re drawing more numbers and much more buzz than we’ve seen for alternate broadcasts in the past. And that adds to the logic for ESPN’s remarkably persistent pursuit of Manning for a MNF role over the past few years. But it’s worth keeping in mind that Manning is not an uncontroversial figure, from 2017  sexual harassment allegations against him dating back to 1996 through the 2015 Al Jazeera documentary. And that documentary in particular might lead to some further discussion around Manning, especially with a recent ruling from federal judge Robin Meriweather in the Howard/Zimmerman case. There, as per Daniel Kaplan of The Athletic, there’s going to be some new scrutiny over Manning’s relationship with a firm that had plenty of interactions with Sly ahead of Sly’s recantation:

In a recently unsealed decision, the judge gave the go-ahead for Al Jazeera to conduct discovery into whether investigative firm Phenix, hired by Manning and his lawyers, pressured Charles Sly into backing away from the claims he made in “The Dark Side.”

…Manning and his law firm, Gibson Dunn & Crutcher, hired Phenix after the quarterback was contacted in early December 2015 about the allegations. Phenix tracked down Sly and visited him as his family home. While Manning is not a party to the baseball players’ suit, Meriweather concluded, “Information regarding ‘the nature and source’ of allegations against the Mannings is equally relevant to those against Mr. Zimmerman, because the ‘nature and source’ are the same — Mr. Sly.”

Manning’s role in the Phenix investigation was well covered in 2016. Sly recanted shortly after the two Phenix employees visited Sly’s family home over two days before the documentary aired.

As noted above, nothing from this lawsuit to this point provided networks any hesitation in pursuing Manning (seen above). And at this particular point, it doesn’t seem too likely that anything here is going to lead to ESPN deciding to part ways with Manning, especially given the success they’ve found with him so far. But there certainly could be some interesting reverberations from Al Jazeera discovery into Phenix’s role in pushing a recantation from Sly, especially considering Manning’s close connections to Phenix.

And it’s certainly interesting that Meriweather ruled that allegations against the Mannings are inbounds here. And that might be the most notable part of this as an ongoing suit. While Howard and Zimmerman are the actual plaintiffs, they’re no longer anywhere near as significant in the public lens as Manning currently is. It’s certainly not clear that there’s anything here that could imperil Manning’s current celebrity NFL commentator status, but it’s definitely notable that Al Jazeera gets to do some discovery related to his efforts in pushing back against their 2015 documentary.