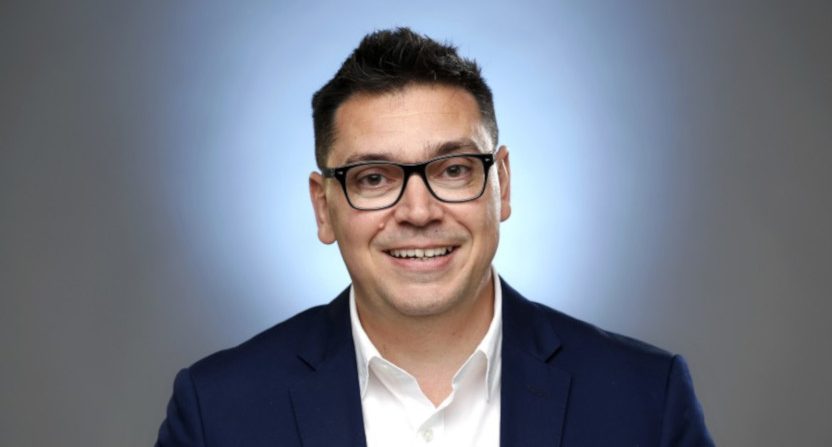 The changes at the Los Angeles Times are continuing. After an internal campaign to oust sports columnist Arash Markazi led to Markazi’s eventual resignation Friday, the man who hired Markazi in the first place has now been reassigned. That would be Angel Rodriguez (seen above), the former Times sports editor who became the paper’s assistant managing editor for news back in November 2019. Awful Announcing has obtained an internal email from Times executive editor Norm Perlstine announcing the change:

Angel Rodriguez is stepping down from his Masthead position as Assistant Managing Editor responsible for the News Desk, effective immediately.
I have asked Angel to work on several projects that are important to our future, and that play to his interests and strengths.

He will initially work with the staff of the Los Angeles Times en Espanol, helping it develop plans to better serve Southern California’s Spanish-speaking market. Angel and LAT en Espanol will, no doubt, benefit from working closely with the Latino Caucus, but success will also require support from every part of The Times, including our business side counterparts.

I have also asked Angel to rethink elements of our Las Vegas coverage, to continue his work on creating a Print Desk, and to be available to help the team working on Graphene, our CMS.

Lora Victorio, who has been working as one of Angel’s deputies on the News Desk, will take over responsibility for it on an interim basis while Samantha Melbourneweaver continues as Audience Engagement Director.

While Rodriguez hadn’t been in charge of the Times sports department recently (in February, former Sports Illustrated editor-in-chief Chris Stone was announced as the company’s new executive editor for sports, with former deputy sports editor Mike Hiserman also promoted to sports editor at that time), his move from the masthead news role is still notable to a sports audience considering his involvement with the various recent controversies around the Times. Rodriguez was the paper’s assistant managing editor for sports in January 2019 when Markazi moved to the Times after a decade at ESPN, and he was prominently quoted in that release about Markazi’s hiring.

Rodriguez was also in charge of the sports section during the 2019 saga of the paper’s eventually-killed deal with the Pac-12,  which John Canzano of The Oregonian broke the news of last month. And the wide-ranging Vice feature from Laura Wagner and Maxwell Strachan last month on issues at the Times had a lot to say about Markazi (and played a role in his suspension and eventual resignation), and about Rodriguez. It also included concerns some raised about who paid for a 2018 sports department party Rodriguez organized at the Santa Anita racetrack.

The Markazi situation is perhaps the most notable to discuss here, as it indisputably led to a public issue for the Times with Markazi’s eventual suspension and resignation. And Rodriguez appears to have played quite a big role there; he was quoted in the release on Markazi’s hiring. That release had him saying “One of the most exciting aspects of local ownership under Patrick Soon-Shiong is the commitment to adding resources and expanding into areas the L.A. Times hasn’t previously covered. It’s also important that our staff understand the community we live in and that we continue to diversify our team. As we add e-sports and gambling to our coverage, there are few journalists that can match what Arash Markazi can do. Arash is an Angeleno with Persian roots, and he’s a great hire for the L.A. Times.”

As detailed in past reporting on this from AA’s Ben Koo, Markazi’s hire was never looked upon favorably by many members of the sports section, though. And some of his actions following his hiring gave his critics a lot of ammunition. And the various complaints raised about him first internally and then externally through the Vice feature led to this eventual messy parting of the ways. And while this isn’t necessarily specifically linked to the Markazi situation, especially with Rodriguez no longer involved in sports, the timing of this reassignment just days after Markazi’s exit does feel notable, and it means that one of the remaining figures from Markazi’s hiring now isn’t in as public-facing of a role.

[Photo from Mel Melcon of The Los Angeles Times]