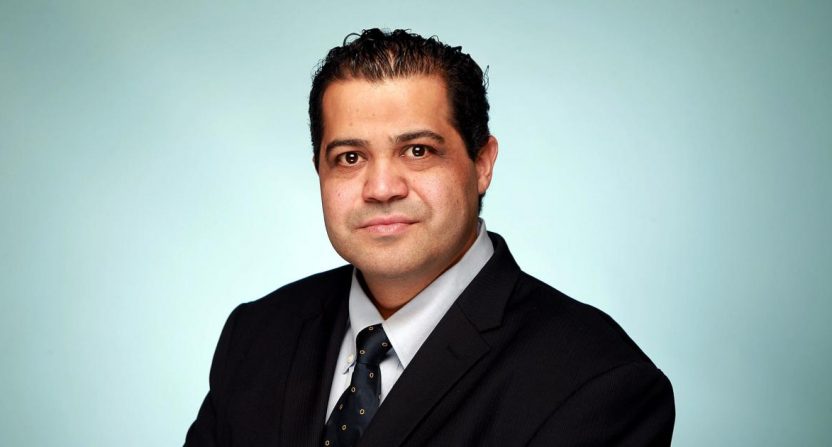 The ongoing saga of Arash Markazi and the LA Times has resulted in what many believed was its inevitable outcome, with Markazi resigning from the paper.

Not everyone gets an opportunity to fulfill their childhood dream and I was lucky enough to say I did just that when I was hired as a Los Angeles Times sports columnist. It was an honor I will cherish for the rest of my life. While I am closing the door on this chapter of my career, I look forward to opening the next one soon.

Sources indicated to Awful Announcing that Markazi’s exit was being brokered behind the scenes between the paper’s lawyers and a lawyers representing The L.A. Times Guild, the union that represents LA Times newsroom employees. If you’re looking for either side to publicly comment beyond tonight’s volunteered statements, you’re out of luck because both parties have a non-disparagement agreement in place, which is standard for a high profile exit negotiated by lawyers that includes a settlement (which we’ve been told was included).

If you’re new to this story, we wrote about Markazi’s then paid leave back in July. Here’s a quick summary.

Depending on who you talk to, one of these two things happened:

1- Markazi’s colleagues rallied together to voice their ongoing concerns to management regarding Markazi’s work and lack of basic journalistic principles. Those concerns first surfaced publicly in a wide-ranging feature from Vice earlier this month, with a follow-up piece specific to Markazi published Thursday.

2- Markazi was targeted by a faction within the sports department who was never comfortable with his hiring and actively rooted for his demise, patiently circling for an opportunity to force the issue.

What goes without saying is that both of these narratives are not mutually exclusive. More importantly, exactly how this started may be irrelevant given how public and vocal the staff’s discomfort about Markazi has become.

At the time, the LA Times was reviewing Markazi’s portfolio of work, looking for additional instances of poor editorial decisions or journalistic malpractice. While the results of that review were not made public, Laura Wagner (who wrote some of the initial stories about Markazi for Vice) pointed out that some of Markazi’s work had been updated with attribution notes, although one of these has apparently been challenged and then removed.

Depending on your journalistic pedigree and point of view, the offenses proven against Markazi can range from a pattern of major lapses in journalistic conduct to selective enforcement and prosecution of what some would term journalistic jaywalking. Like most things in 2020, I’m not sure many people were swayed to change their opinion on the matter based on the evidence. As I previously wrote, Markazi’s massive social media reach, active social life, and coziness with particular teams and celebrity athletes seemed to be a nonstarter for many at the Times.

While no real verdict was reached in terms of a termination or a reinstatement, both sides saw the benefit of a mutual parting and put an end to the public squabble. Those central to the effort to oust Markazi will no doubt celebrate the move as a reaffirmation of the journalistic integrity to the Times. While Markazi detractors and fans will continue to debate the seriousness of the journalistic breaches (a debate worth having), I continue to think that this high profile parting has more to do with two worlds of journalism in conflict, which I wrote about last month.

Markazi has seemingly faltered in straddling two different worlds. One world has social media influence and engagement as rare and prized assets to media personalities and organizations, but that doesn’t always necessarily translate well to an old guard capital-J journalism outlet like the Times. Defenders of Markazi would say he was brought on to be exactly who he has been, and they’d say cushy relationships with power brokers, athletes, and trendy nightlife were part of why he was brought on.  Others believe that’s blasphemy, and they’d say even if the Times endorsed Markazi’s brand of journalism and social media usage with his hiring, the errors he made subsequently only further prove that that hiring was ill-advised.

Markazi’s hiring never gained the support of the newsroom and his transgressions since allowed that move to be revisited. I’ve been asked what I think happens to Markazi going forward since my initial article by fans of Markazi, others within the industry, and veteran print journalists rooting for his ouster. While looking for a sports media job during a pandemic will certainly be daunting, I’d think an outlet less rooted in newsroom journalism will certainly be attracted to the same attributes the Times were when they hired Markazi. Will that be a lateral move or a notable step down, based on the current climate and the nature of his exit from the Times?