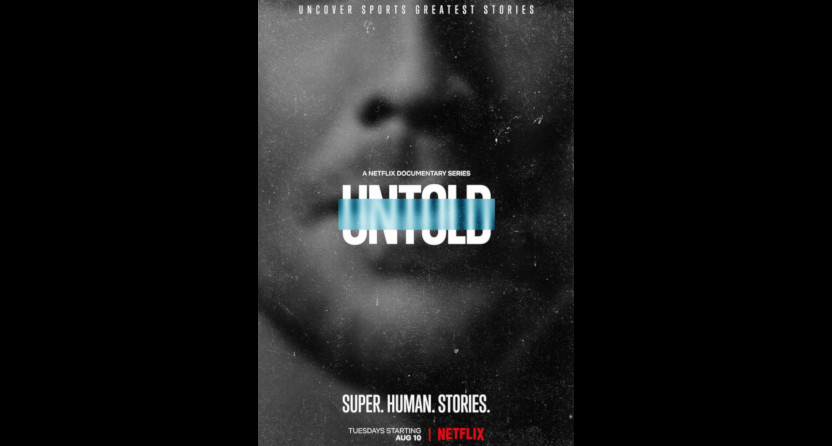 And here’s more from a release from the Way brothers on what they’re hoping to do with this series:

As interviewers, athletes are uniquely intriguing as subjects because they are notoriously difficult to get to open up in an immediate way. But if you can crack it, and they open up, their interviews will take you on a visceral storytelling ride. It’s all or nothing. So it presents a huge reward for the challenge. Whether it’s Ron Artest talking about what it means to have been a party to the most infamous brawl in NBA history, or Christy Martin talking about what led to her attempted murder, or Mardy Fish diving into his own mental health struggles, suddenly they come alive, and they reveal their unfiltered truths—the good, the bad and the ugly. They tell their stories with no agenda to try and make you like them, they honestly don’t care about that, because that’s who they really are. They weren’t brought up to be ambassadors.

We’re not looking for right answers or wrong answers. We want to meet our subjects where their truth lies and make it as cinematic as possible. And we chose these stories by asking ourselves this question: Is this the single most important thing that happened in this person’s life? And what we’ve found doing documentaries is if you’re sitting down with someone and the event that you are interviewing them about was the most pivotal and important thing that happened to them, you are going to walk away with really fascinating insights into their lives, that have a sense of a narrative built in, a beginning, middle and end. One interesting through line in almost all of these stories is that at that crucial moment, something that they learned in the dogged pursuit of becoming a professional athlete segued into something that happened off the field or off the court or off the ice in their real life and we’re getting to hear it directly from their perspective. It doesn’t have to be a pretty conclusion, but we do like stories that are still unfolding into today.

If audiences walk away from UNTOLD with an understanding of the complexities and struggles that these humans are going through and how sports has an impact on the larger culture beyond who “wins” or “loses,” that will be our victory.

It’s certainly notable to see Netflix putting out an ambitious sports documentary series like this, one that may go even beyond these five films (considering that the trailer here is for Vol. 1). And this is only one part of the many sports documentaries heading to that streaming service in the next while. The Way brothers also seem like they’ll be a good fit for this; in that statement, they also talk about coming from a sports family (their grandfather owned the Portland minor league baseball team they featured in The Battered Bastards of Baseball), but moving away from sports towards arts and film growing up, and then having their love of film take them back towards sports. And they’ve picked some interesting stories to spotlight here.

And the Ways have assembled an impressive cast of other directors here as well. Russ did famed 2018 Netflix documentary short Zion on a wrestler born without legs, while Brownson did 2018 documentary The Rachel Divide on Rachel Dolezal, and Moselle is the director and executive producer of HBO skateboarding drama Betty. We’ll see what they all bring to the table with their Untold entries.