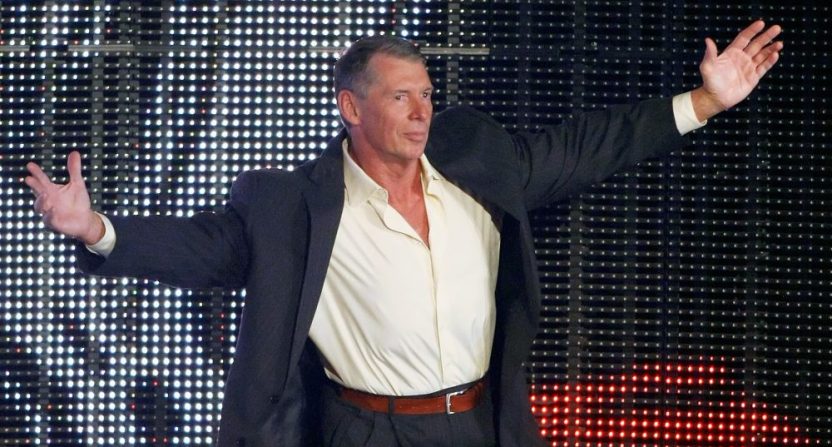 The definition of what counts as a documentary has gotten a bit hazy in recent years. Objectivity and separation from the people at the center of the story have been pushed aside in favor of access and entertainment.

That was the chief complaint of ESPN’s “The Last Dance,” which required Michael Jordan’s participation to be made but also meant that there were likely some lines the filmmakers were unable to cross in his direction. That didn’t stop the documentary series from becoming a pandemic-viewing juggernaut and has inspired a whole host of similar projects to be put into production.

Another example that fits this “entertainment first, objectivity second” mold was HBO’s “Andre the Giant” documentary. Produced by Bill Simmons, the doc was extremely entertaining and enjoyable to watch, but also glossed over some of the more interesting and difficult topics in the man’s life, perhaps at the behest of WWE, which was a partner in the production.

Netflix is a company that knows full-well what the power of entertainment-over-facts can get you. Their “Tiger King” documentary series was the original star of the pandemic viewing period. The series sure was entertaining, but at the cost of heavily favoring coverage towards Joe Exotic (omitting clips of him saying the N-word, for example) while also playing up baseless accusations against his rival in order to create moral equality that probably wasn’t true.

You know the journalistic integrity of your documentary series is starting on shaking ground when it’s announced as a “product” on the earnings call of the company you’re supposed to be covering objectively.

WWE president Nick Khan announced a multi-part Vince McMahon documentary has been sold to Netflix with WWE and Bill Simmons (The Ringer, Andre doc) as executive producers. Khan noted the financial investment will make the series one of Netflix’s most expensive on the documentary side. No release date was noted.

Chris Smith, who was the director of Netflix’s also-entertaining Fyre Festival documentary, “Fyre,” will direct this documentary and also serve as a producer. “Fyre” also received its share of critiques over the way it presented information and who it decided to focus on (and not focus on).

To be clear, a documentary about Vince McMahon is one of the surest-best topics you can cover to capitalize on this new wave of excitement over docuseries. McMahon’s story is one of the most fascinating in sports and entertainment (or sports entertainment, if you will). McMahon took over a regional pro wrestling company from his father and, thanks to some savvy business moves and aggressive tactics, was able to create an international behemoth that revolutionized the industry, for better or worse.

While there are many successes to point to around McMahon, there are equally as many dark chapters that would need to be covered honestly in a true Vince documentary. The steroid scandals that rocked the industry in the early 90s, the death of Owen Hart, the way WWE refuses to make its wrestlers full-time employees but also expects them to act as such, the way so many professional wrestlers die young while he continues to rake in millions, not one but two failed attempts to make the XFL work, his affiliation with Donald Trump, the WWE’s ongoing relationship with Saudi Arabia in the wake of human rights violations, and the list goes on and on.

While we can expect this series to touch on all of these issues, there’s a lot of reasons to think that most of them won’t get the kind of journalistic once-over you’d expect from a true documentary. If WWE is producing the series and is providing access to their valuable archives, there’s likely to be some quid pro quo for that. WWE is not in the business of making themselves look bad, and they are most certainly doing business here.

We’ve got a lot of time before this series hits Netflix as no timetable has been put in place. Chances are that when it’s released, it will be a huge hit, spawn hundreds of think pieces (many of which will be on The Ringer, no doubt), and get everyone talking around the virtual water-cooler. In that way, it will almost certainly accomplish all of its goals. Because something tells us that providing a 100% authentic view of the life of Vincent Kennedy McMahon is not one of them.