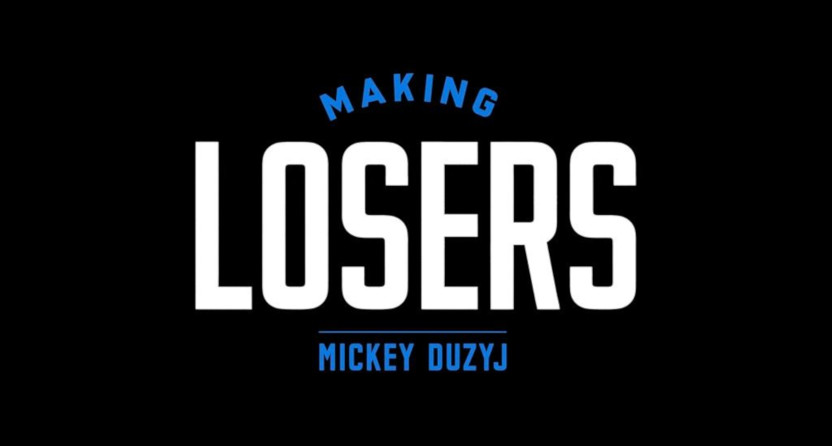 The Netflix documentary series Losers launched last March, and it stood out as an international sports series focusing on those who wound up on the wrong side of famous sports events. Back then, Losers creator, director and executive producer Mickey Duzyj spoke to AA’s Shlomo Sprung about the series, saying he loved how Netflix “seemed to understand what made my work different [and] seemed to understand what we were going for,” but also adding that “This show was never really designed to be a juggernaut.” Losers has received quite a bit of both critical and popular acclaim, though, and it’s currently nominated for two Sports Emmys (to be presented Tuesday in a virtual ceremony), in the categories of Outstanding Edited Sport Special or Series and Outstanding Post-Produced Graphic Design. Duzyj spoke to AA by e-mail this week ahead of the Sports Emmys, and said he was impressed with the reception for the show.

“I’d definitely say the show’s reception exceeded expectations!” Duzyj said. “It’s been a wonderful experience to hear how the series gave viewers permission to process their own failures, and the vast majority of letters I’ve gotten are from people who have no personal connection to sports. I heard from parents who watched the show with their kids, from a pastor who wrote sermons around the lessons in the show, from a Middle Eastern medical researcher who endures failure as part of her work, and so many more. To be Emmy-nominated on top of all is very gratifying.”

Much of the sports content out there is clearly made for a mainstream U.S. sports audience, but that wasn’t the case with Losers, which sought to tell global and undercovered sports stories, covering everything from ultramarathons in the Sahara Desert to Canadian curling to the Iditarod. Duzyj said the reception in Canada to the episode about Pat Ryan and Al “The Iceman” Hackner in the 1985 Brier has been particularly strong.

“My favorite was how well the show did in Canada. The curling episode we made there has a real cult following, and I loved how many obscure podcasts, radio shows, and morning shows I was invited onto to discuss that bizarre-but-beautiful story. There were also at least three instances where interviewers thought my Detroit accent sounded vaguely Canadian, so I’m pretty sure they’re ready to adopt me up there too.”

Personally, though, Duzyj said the first episode (on boxer and actor Michael Bentt) particularly resonated for him.

“Michael and I shared similar experiences with our fathers growing up, and we’ve always spoken the same language about how sports and the arts relate to issues of self-esteem. I think that connection has always made his episode resonate differently for me, and it’s probably no coincidence that Michael and have become good friends since the series.”

And Duzyj said many of the subjects seen in Losers have seen subsequent media interest in their stories.

“Basketball player BlackJack Ryan had a feature film made about his life, Michael Bentt reconnected with Will Smith and took part in Ken Burns’ new Muhammad Ali doc series, and Surya Bonaly saw a wave of new interest in her work engaging with communities of color. The show made less of a difference to Alaskan dog musher Aliy Zirkle- she’s still out in Alaska with her dogs and continues to compete in the Iditarod every March.”

As for the future of Losers, Duzyj said there could be plenty of further stories to explore in this format.

“It’s definitely possible, and there are certainly more incredible stories out there. I just got sent an amazing one today, actually.”

But for the moment, his focus is on the Sports Emmys. He said it’s an honor to be nominated, and it certainly would be interesting if an underdog series like Losers focused on those who didn’t come out on top beats the likes of Peyton Manning (Peyton’s Places on ESPN+) and LeBron James (The Shop on HBO), two of the competitors in the Outstanding Edited Sports Special Or Series category.

“It’s funny—our subjects are genuinely excited about our nominations, even though their careers are defined by never winning the big one. After all these years slandered as ‘losers,’ it’d definitely be poetic justice if they pulled off the upset over LeBron James, Peyton Manning, and all the networks in our categories. It’s fun to think about.”