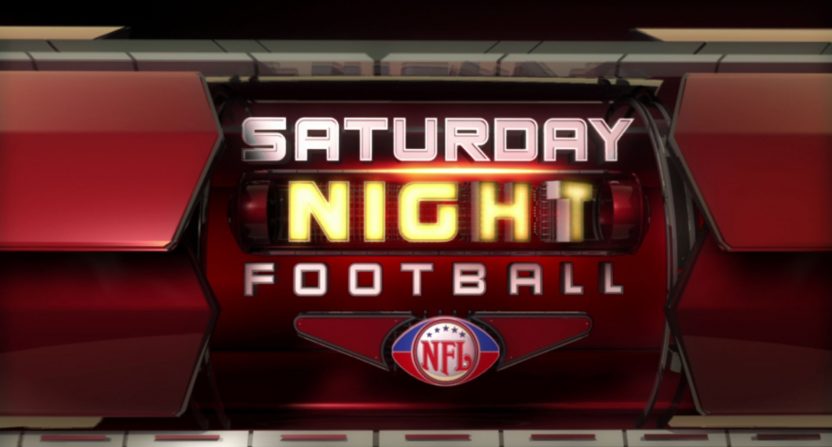 Since the Big Ten and Pac-12 postponed their college football seasons this week, the ever-present rumor of the NFL airing games on Saturday throughout the fall has picked up steam. It makes sense, right? The NFL’s TV partners will always crave more live content windows, and many of those TV partners will now have more windows to air games following the widespread postponement of college football.

However, the postponement of just two of the Power 5 reportedly won’t be enough to force the NFL onto Saturdays. The Washington Post reports that all college football would need to be postponed for the NFL to make Saturday games a widespread thing during the 2020 season, largely because of 1961’s Sports Broadcasting Act.

Sportico’s Anthony Crupi succinctly summed up the Act on Friday.

Crupi also reports that the NFL could lobby Congress for an exemption to the Act this year if the other three Power 5 conferences don’t follow the path set by the Big Ten and Pac-12, but that it seems unlikely.

“I don’t think they would have a hard time finding sponsors in the Senate to back a revision of the 1961 Act,” says Mike Arthur, senior VP at Veritone, which manages content licensing for the NCAA. That said, Arthur notes that it’s unlikely that the such efforts would commence until and unless the SEC, ACC and Big 12 were to join the Pac-12 and Big Ten in sitting out the fall season. In other words, the Power 5’s three holdouts would have to reverse course if a Saturday NFL slate is to reach the Congressional ear-bending phase.

As one might well expect, the NFL is keeping its own counsel on the matter; after all, nothing good could come of the league publicly speculating about college football’s fall prospects. “The only way they get to that hypothetical point is if college goes completely belly-up, and then it’s almost like they’d be rooting for it to happen,” said one media insider. “If there’s an interruption or some set of circumstances causes Saturday football to go away, then they can take the initiative. Anything that happens now looks like they’re just spiking the football.”

Additionally, the Post reports that the NFL wouldn’t want to hurt its relationship with the NCAA and college football if some conferences play, and that Friday nights also could be an option.

The NFL probably would abandon plans for Saturday games if a few college football conferences play in the fall, according to one of the people with knowledge of the league’s inner workings. That scenario would have the legal issue of the waiver, that person said, adding that the NFL also would be leery of damaging its relationship with college football. Another person said the league hadn’t yet contemplated its approach to those circumstances.

The league also could consider playing some Friday night games, according to one of the people familiar with the NFL’s planning. It’s not clear how strong that possibility would be, given the varying approaches being taken nationwide to high school sports in the fall.

Needless to say, there are plenty of balls still in the air here. If there are no further postponements, all of the NFL’s TV partners would presumably still have some college football inventory on their fall schedule. CBS still has its kingpin SEC deal (despite its eventual departure to ESPN), Fox still has a chunk of the Big 12, and ESPN still has all of the ACC along with parts of the SEC and Big 12 packages. In Group of Five land, the AAC, C-USA, and Sun Belt, along with independents Army, BYU, and Liberty, still haven’t postponed their seasons. The AAC and Sun Belt are ESPN conferences, while the C-USA has deals with CBS and ESPN.

As for NBC, they typically air all of Notre Dame’s home games each season, but it’s still unclear how their TV schedule will look this season after their one season only integration into the ACC. NBC was scheduled to air seven Notre Dame games this season, but of those seven games, only the November 7th game with Clemson was not in some way unaffected by the schedule shuffle.

If there ends up being no college football this fall, we could get an extra day of NFL games each week. But it’s still unclear which games would end up moving to Saturdays, which networks they’d air on, and which times they’d start. However, with some college football conferences still pushing forward with plans to play, we haven’t even crossed the first bridge towards Saturday NFL games yet.