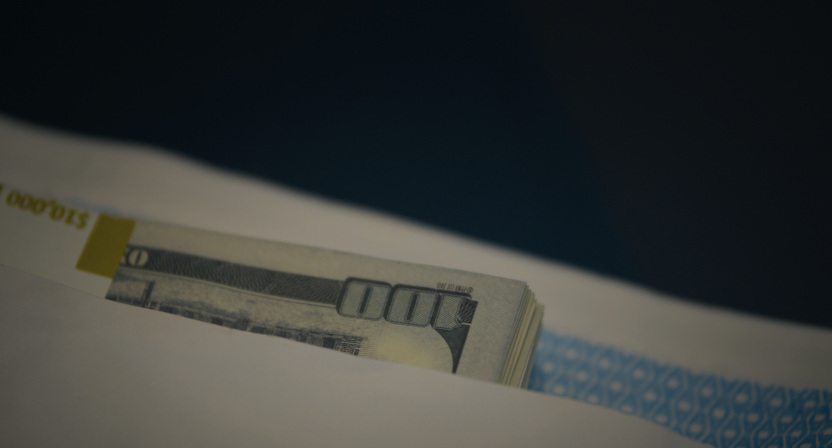 The September 2017 news of four assistant coaches and several Adidas figures arrested in a FBI investigation into wire fraud and corruption in college basketball rocked the sport for months on end, especially after three of the Adidas figures were found guilty on seven total counts of wire fraud in October 2018. One of those figures was Christian Dawkins, 25 and an aspiring business manager at the time of the arrests; the government identified him as a key figure in funneling hundreds of thousands of dollars to steer recruits to prominent programs, and he was found guilty on two counts of wire fraud and sentenced to six months in jail last March. Now, Dawkins is featured in an upcoming HBO documentary, The Scheme, debuting on HBO Tuesday, March 31 at 9 p.m. ET/PT following a worldwide premiere at SXSW.

This film comes from Bat Bridge Entertainment, and it’s directed by Pat Kondelis, who’s no stranger to covering corruption in NCAA basketball. Kondelis won a Sports Emmy in 2017 for his Disgraced Showtime documentary on the early 2000s Baylor basketball scandal, a documentary that featured former Baylor head coach Dave Bliss speaking on camera and led to Bliss’ resignation from a high school job a couple of days after the film aired. So he’s certainly a good figure to helm this one, and Dawkins has a fascinating story; this will mark his first on-camera discussion of the wire fraud scheme and how he wound up in the middle of it.

Beyond Dawkins, interviews include his parents, his attorney Steve Haney, and journalists Dan Wetzel and Rebecca Davis O’Brien. There will also be video and audio evidence from the case, and news archival footage. Here’s more on The Scheme from HBO’s release:

“The Christian Dawkins scandal is a tale of alleged inducements, payoffs, NCAA rules violations, federal criminal charges, and convictions,” said Peter Nelson. “Director Pat Kondelis, in an unprecedented look, shines a light on the hidden underworld of big-time basketball recruiting through the eyes of a self-described ‘entrepreneur’ whose childhood big ambitions took him on the wildest ride of his life in a story still unfolding.”

“This story is surprising in every way imaginable and goes far beyond the limits of a college recruiting scandal,” says Pat Kondelis. “I’m extremely proud to partner with HBO Sports to tell the real story for the first time.”

It’s certainly notable to see a documentary like this coming out less than three years after the central figure’s arrest, and less than two years after his conviction. And the subject here is still very much in the news, with plenty of NCAA investigations pending, and with lawyer Michael Avenatti now on trial for alleged attempts to extort Nike over information about payments to athletes, and with details of those payments discussed in court). We’ll see what new information the Dawkins documentary adds to this.