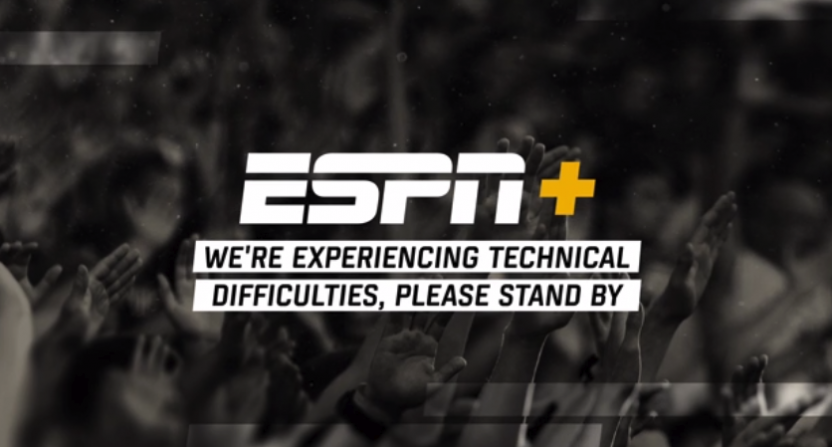 As technology and viewing habits change, professional leagues and college sports are constantly trying to stay on the cutting edge of how fans consume their games and programming. But while everyone wants to look forward to what’s coming next, are we leaving behind huge swaths of sports-consuming audiences who don’t have the means or ability to follow?

The question comes courtesy of SB Nation’s Matt Brown, who posed it in reaction to a West Virginia Metro News article about WVU basketball’s growing shift towards digital streaming offerings.

Something that probably should be talked about more as college football moves to more streaming services.

This sport has a LOT of rural fans, and not all of them have broadband!https://t.co/SiohiTQwQy pic.twitter.com/9A7WQfAMEZ

As more West Virginia basketball games are exclusively streamed on ESPN+ (not unlike many other NCAA games these days), it’s a question of whether or not all West Virginia fans will have access to enjoy them. Not only are you assuming broadband service availability but you’re also asking fans to often chip in extra money on a monthly basis to do so.

“We feel that ESPN+ has a lot of room for growth. It’s just a different opportunity and platform to look at. We were trying to make a long-term decision understanding there would be growing pains with that,” Lyons said.

He admitted broadband coverage in parts of West Virginia can be spotty but he expressed hope that situation would also improve in the years ahead.

But these numbers only work if you assume the FCC is reporting them correctly, and not everyone is on the same page about that. According to Ars Technica, the numbers that the FCC used might be trying to spin a more positive outlook than is true, so it’s likely even more West Virginians, many of whom are presumably Mountaineers fans, without broadband access and the ability to stream games of their favorite team.

When you look around the country at other college sports hotbeds, you also notice that there are rural areas with far less broadband coverage than even West Virginia’s.

Meanwhile, college sports are going all-in on streaming their broadcasts online and via streaming services. Aside from games on ESPN+, you’ve got exclusive game streaming via Stadium on Facebook, exclusive streams on FloSports, the full March Madness experience through CBS Sports, and colleges providing exclusive access to some of their own games through their sites.

Of course, there’s a reason exclusive streaming is taking off the way it is. It’s extremely popular. It’s also a “better than nothing” option that most schools can live with as they attempt to provide as much content as possible to their entire fanbase, even if not everyone will have the ability to see that content, at least not without some extreme buffering.

There might be a response by many to say to rural fans, “well, tough shit.” And at least for now, it seems like broadcasters, streaming services, and the universities are fine with that approach. But in the world of college sports, there is still a danger in not taking seriously the demands of your audience. Even as it has become a national phenomenon, college athletics is still rooted in regionality and local fanbases. And some of the top college basketbal and football programs thrive in markets that skew rural, or at the very least are not loaded with urban areas with the latest technology.

When you’re winning and everyone wants a piece of your content, perhaps it’s not a major concern. But when the program is down and every eyeball counts, can you afford to discount the hundreds of thousands of potential customers who don’t have the ability to consume your product? Especially if you’re already a regional program that doesn’t have the national cache of a Notre Dame or Ohio State?

There’s likely no answer to that question right now as the technology and demand are still trending in a positive direction. But it’s something worth keeping an eye on, especially as the next round of conference realignment eventually rears it’s head and broadcasting contracts shift accordingly. As we continue to get more granular and specific in our offerings, college athletics might want to remember the fanbase who got them here and make sure there’s always a viable option for them, lest they no longer care enough to tune in at all.