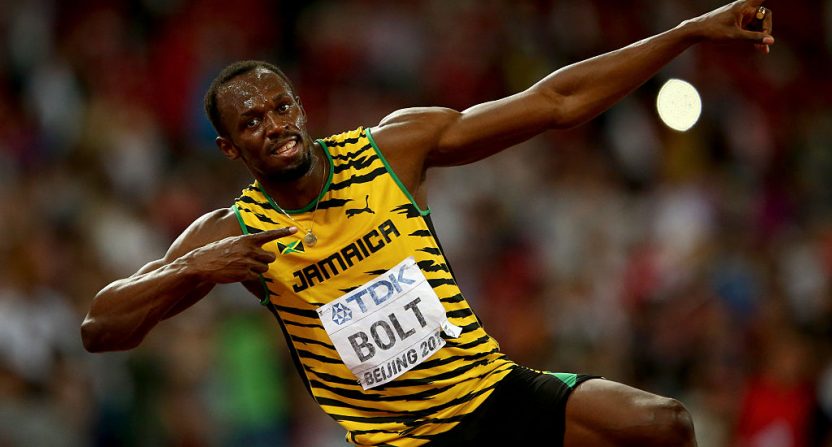 One of the big subjects of sports media conversation recently has been about ESPN’s long-awaited over-the-top plans, which will be sold directly to consumers (rather than through a cable or streaming bundle) and, at least at first, will focus on sports not carried on ESPN’s TV channels. It’s interesting to note that standalone direct-to-consumer packages from other sports networks already exist, though, and one of those got much bigger this week with NBC rolling out a track and field season pass for its NBC Sports Gold service. Here are some more details on that from their release:

NBC Sports Gold — NBC Sports Digital’s direct-to-consumer live streaming product — is launching a “Track and Field Pass,” giving fans access to more than 25 major marathon, track and field events from April through December 2017. Included in the offerings are the highest-profile, elite events of USA Track & Field (USATF). The direct-to-consumer pass, powered by Playmaker Media, will offer fans unprecedented coverage — much of which cannot be seen on any linear television platform in the United States — live and on-demand, online, on mobile, tablets and connected TV devices.

NBC Sports Gold’s “Track and Field Pass,” available today for $69.99, includes uninterrupted access to the Boston marathon, and the top USATF outdoor events, including USA vs. The World at Penn Relays and Olympic Rematches at Drake Relays, the Nike Prefontaine Classic, and the USATF Outdoor Championships. Also included are the world’s most anticipated international track and field events, including all 14 Diamond League stops as well as unprecedented coverage of every event from all 10 days of the 2017 IAAF World Track & Field Championships from London. The “Track and Field Pass” can be purchased today by visiting NBCSportsGold.com.

“From sprints to marathons, high jumps to hammer throws, track and field fans are among the most passionate in sports, and we’re excited to offer a fantastic collection of the most compelling events in the sport on NBC Sports Gold,” said Portia Archer, Vice President, Direct-to-Consumer Services, NBC Sports Group.

This obviously isn’t identical to whatever ESPN will end up doing, but there are potential similarities. In September, Bob Iger (CEO of ESPN parent Disney) talked about the possibility of fans being able to buy access to selected sports or even selected weekends of those sports:

“One of the things that we have been talking about is that it shouldn’t be one-size-fits-all,” Iger said. “We think where the market could be going in terms of some of these sports is being able to buy it very, very selectively, a specific sport, maybe even for a specific season or a specific date or a specific weekend.”

He added that U.K. satellite TV service Sky does something similar with its Premier League soccer rights. “We think that could be really interesting for a fan that may not want to buy another bundle of sports rights but maybe want a very specific sports that they are willing to step up and pay for, provided it gives them mobility and the ability to watch wherever they are,” Iger added.

And NBC’s already doing this in multiple sports. In addition to the new track pass, which will cover everything from Monday’s Boston Marathon through August’s IAAF world championships (the top picture of Usain Bolt is from the 2015 edition of those) through Diamond League events, fall marathons and the USATF Jesse Owens Awards in December, they also have packages for rugby and cycling.

There are some big advantages to these kinds of packages. For one, they don’t require any kind of cable, and they can be a good fit for those who are intense fans of one particular sport. There are also no distribution battles for NBC to fight here, and no cable or satellite companies to take their own cuts. The price also isn’t bad; while paying $70 for access to track alone may seem steep to many, that’s for a service covering events taking place over nine months. Compared to what you’re paying for regular sports channels on a cable bill every single month, that’s not much.

The big question is if these kinds of sport-specific over-the-top streaming packages are really going to find enough of an audience to become a big factor, though. Direct-to-consumer offerings like this have some advantages, and they’ll be popular with those who are intense fans of one sport. But most general sports fans aren’t going to be lining up to buy this track pass.

That may be the same with whatever ESPN winds up offering; if it’s tiers of their non-TV stuff, there will be some hardcore fans out there for it, but it’s not going to hit the general sports audience. Still, the dives into this arena from NBC and others certainly bear watching. If they’re successful here, we may see more and more of these sport-specific over-the-top packages being offered.