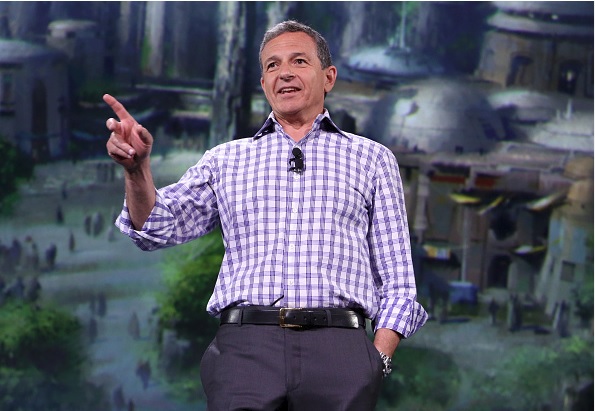 At the Goldman Sachs Communacopia conference Wednesday, Iger offered more color on the service, adding that the plan is to launch it next year. While details are still sketchy, Iger said the idea is to monetize the “treasure trove” of digital rights to sports that ESPN controls but that don’t necessarily make it to the signature service. He added that the offering would be complementary to what ESPN already airs and that pricing is still being worked out.

From our coverage at the time of the original BAM Tech announcement:

However, it’s important to note that this won’t just be WatchESPN, as ESPN’s current over-the-top plans will focus just on ESPN3 content, not content available on the ESPN TV platforms. From their release about the BAM Tech acquisition:

BAMTech will also collaborate with ESPN to launch and distribute a new ESPN-branded multi-sport subscription streaming service in the future. The direct-to-consumer service will feature content provided by both BAMTech and ESPN, and include live regional, national and international sporting events.

Current content on ESPN’s linear networks will not appear on the new subscription streaming service. More details about the new service will be announced in the months ahead.

“Bringing a multi-sport service directly to fans is an exciting opportunity that capitalizes on BAMTech’s premier digital distribution platform and continues ESPN’s heritage of embracing technology to create new ways to connect fans with sports,” said John Skipper, ESPN President and Co-Chair, Disney Media Networks. “As WatchESPN continues to grow and add value to the multichannel video subscription, this new service will be an outstanding complement.”

So, to recap: ESPN bought a stake in BAM Tech, was spun off of MLB Advanced Media. MLB had basically pioneered the technology for streaming live events, and had licensed it out to other sports and media companies, from the WWE to HBO Go. BAM Tech is the non-MLB streaming side; it had grown to the point where it likely didn’t make sense for MLB to continue to manage it alongside, well, baseball.

Disney purchased a stake in BAM Tech, and now wants to introduce a new ESPN-branded streaming service using rights to sports and events that don’t make it to ESPN. So not WatchESPN, for example, which is a streaming simulcast of ESPN television. Rather, it might feature sports currently consigned to ESPN3, or even those to which ESPN has the rights, but currently doesn’t stream.

This would be different, and as Iger outlined, potentially be a very intriguing new subscription model for sporting events:

“One of the things that we have been talking about is that it shouldn’t be one-size-fits-all,” Iger said. “We think where the market could be going in terms of some of these sports is being able to buy it very, very selectively, a specific sport, maybe even for a specific season or a specific date or a specific weekend.”

He added that U.K. satellite TV service Sky does something similar with its Premier League soccer rights. “We think that could be really interesting for a fan that may not want to buy another bundle of sports rights but maybe want a very specific sports that they are willing to step up and pay for, provided it gives them mobility and the ability to watch wherever they are,” Iger added.

Now, it should first be noted that this isn’t unheard of for streaming packages. Both MLB and the NBA offer team-specific streaming deals, where a lower price-point gets you your team’s games. In the NBA, there are even multi-team packages. But when it comes to a network with the rights, and not the league itself, it’s a fascinating option, especially as things trend toward the inevitable takeover of over the top services from the current broadcast model.

It’s not hard to imagine a future where, instead of a massive monthly cable bill inflated by sports carriage fees, you could order a weekend of soccer or baseball, or choose to pay a lesser rate for strictly one conference of college athletics. (This is all spitballing, of course, as not even ESPN knows what form or structure this will take. And likely some time away.)

Is this the first domino to fall en route to changing the way sports rights are distributed?

Well, more like one of the first dominoes, in a very, very long and slow-moving chain of them.