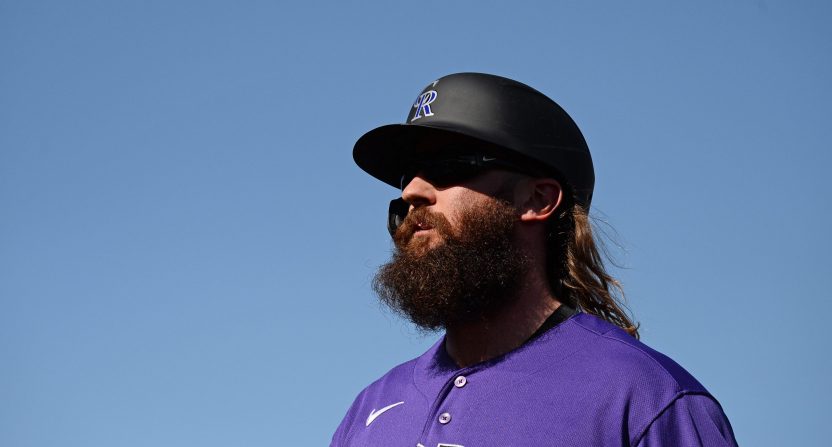 If you’re a professional athlete, coach, executive, or (in reality) anyone employed by a pro sports team, you shouldn’t really give much of a shit about predictions and projections by media outlets. Who cares about The Athletic’s World Series pick, or ESPN’s AL Central champion, or SI’s win totals?

Well, apparently the answer to that is (of course) the Colorado Rockies. On Wednesday, Sports Illustrated posted their MLB predictions for the 2020 season, and projected a 66-96 record for the Rockies, making Colorado the last place team in the NL West, the second-worst team in the National League, and better than four American League teams.

The Rockies were not happy about that, as they vented to the Denver Post.

Outfielder Charlie Blackmon? Also not pleased, and taking a very cynical perspective towards the projection!

Sorry Charlie, I’m taking the under on that one.

Here’s the thing: the Rockies stunk last year. That’s not up for debate. They finished 20 games under .500, and 18 games back of the Brewers for the NL’s second Wild Card spot (with six other teams between them). To supplement this bad roster, the Rockies signed a total of three free agents and claimed one player on waivers this offseason, only one of which (reliever Tyler Kinley) had any sort of positive contribution in the majors during the 2019 season.

Their projected depth chart is almost identical to last season’s roster. MLB Pipeline ranked their farm system 27th in baseball, while The Athletic’s Keith Law slotted them in at 20, so it’s not as if help is immediately coming. In terms of other, statistics-driven projections, Fangraphs has them at 76 wins and Baseball Prospectus’ PECOTA has them at 77. Is 66 on the low side? Sure, of course it is.

But if you’re the Rockies, you can’t control what the projections say. Who gives a shit? There’s nothing you can do but go out there and play. And if you win 73 games instead of 66, hey, congrats! You outpaced one publication’s projections, and underperformed to what other projections said! Let’s throw a parade! You’re not above .500, and you’re not going to the playoffs, but SI would have been wrong, and that’s by far the most important part of the season.