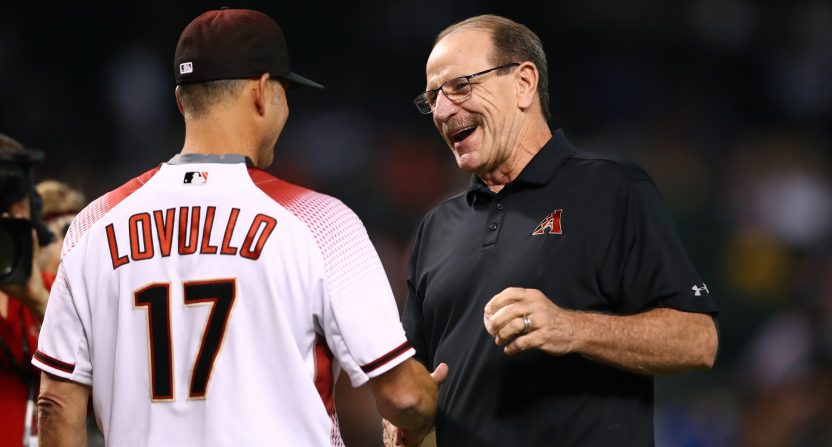 I’m beginning to think that Diamondbacks analyst Bob Brenly just isn’t much of a fan of today’s game.

During Tuesday night’s Mets-Diamondbacks tilt, Brenly made yet another wisecrack towards a player of color. This time, Mets starter Marcus Stroman (and his durag) was Brenly’s target.

Like….why? What’s the point? I get that there are 162 games a year and you’ve gotta fill three hours a night, but maybe stop making shitty comments about the personal style choices of players?

This isn’t the first time Brenly has done this, either. Back in 2019, he made a shitty crack about the chains worn by Padres shortstop Fernando Tatis Jr, a week and a half after calling Manny Machado “bush league” for committing the mortal sin of laying his bat on the ground while jogging to first base.

Onward and upward…through all adversity and racist undertones. The climb continues through all! ?

He also shared some of the lovely racist comments he got on social media afterwards (for those of you who will undoubtedly claim racism isn’t real, or whatever).

Shout to everyone out there battling adversity daily and shining through it all. I receive messages like this more often than y’all can comprehend. To my young athletes out there who deal with this…never allow outside hate to sway your internal mentality. Rise above! ??? pic.twitter.com/4XkYwvpzPm

At this point, Brenly’s antagonism seems like a feature rather than a bug. He’s been in the booth with Arizona for nearly a decade, and they’ve shown no signs of moving on from him. At this point, maybe a change would be best for all parties.

In case you’re curious, the Diamondbacks won the game 6-5 in ten innings. They still have the worst record in the National League, and are 14.5 games out in the NL West. With a 5.06 rotation ERA, they sure could use a starting pitcher like….oh I don’t know, maybe Marcus Stroman?