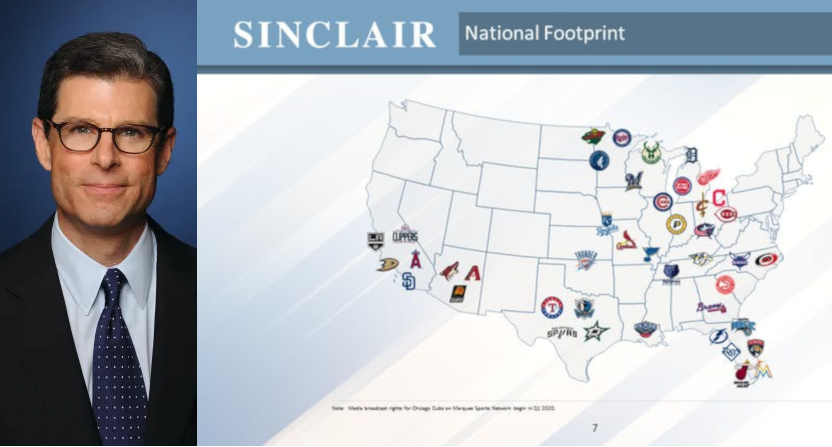 The former Fox regional sports networks, now owned by Sinclair, will soon be under new leadership. As John Ourand writes at Sports Business Journal, Jeff Krolik has been in charge of those networks for the past 15 years, but is now retiring effective August 30. That’s near the one-year anniversary of Sinclair’s purchase of the networks. Sinclair has already retained Los Angeles-based firm Nolan Partners to look for Krolik’s replacement. Here are some quotes from Krolik from Ourand’s piece:

Krolik said his retirement was based more on the one-year anniversary of the closing of Sinclair’s $10.6B deal last August. “We’ve been through two acquisitions and one full integration in the past three years,” Krolik said, referring to Disney’s purchase of them from Fox in ’18 followed by Sinclair’s purchase of them last year. “There’s no particular magic to it. At some point you just have to make a decision about when it’s the right time. I’ll be 64 this year, and the one-year anniversary just seemed like the right time.”

Despite the challenges facing the RSN business — from cord cutting to the lack of live sports during the pandemic — Krolik told THE DAILY that he is leaving the business in good shape. “Live local sports is a great business,” he said. “It’s a terrific segment of the media business to be in. … When baseball returns, that’s going to be a national story. No disrespect, but the return of ‘Property Brothers’ isn’t.”

Krolik started his career at HBO in 1979 and held various positions there, including vice president of HBO International, before moving to the Fox regional networks in 1997. He started with Fox as the senior vice president and general manager of Fox Sports Bay Area and served in that role through 2007 (when that network shifted ownership and became Comcast Sports Bay Area; it’s now NBC Sports Bay Area). At that point, he was tabbed as executive vice president of the Fox RSN group, and he was then promoted to president of that group in 2013. So his departure is a big change at the top for those networks.

Krolik’s comments about the future of the RSN business are certainly interesting, especially given his optimism. Some of that may have some merit, and in particular, the return of baseball would definitely be good news for these RSNs; baseball is the key sport for a lot of them. But there are big questions about if that return will happen at all in 2020. And there are also questions about the planned returns of the NHL and the NBA, and how that will work out for RSNs, to say nothing of the complicated discussions about possible refunds if networks don’t deliver their promised numbers of live events.

And that’s before you get to the larger issues that were facing RSNs (both the Sinclair networks and others) even before this pandemic, from declining carriage and extended carriage battles to overall cord-cutting. So it’s certainly not an easy time for someone new to step into that job. We’ll see who Sinclair tabs to replace Krolik, and where they wind up taking these RSNs.