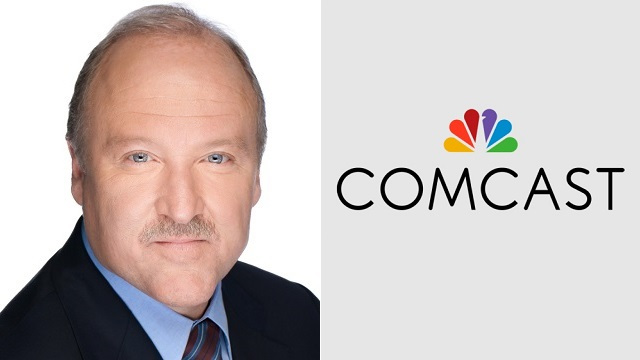 There’s been a lot of discussion of the possibility of refunds from leagues to broadcasters to distributors to consumers due to the limited numbers of live sports shown thanks to the COVID-19 pandemic, from analysts calling for distributors to pressure broadcasters to distributors trying to apply that pressure to government officials calling for distributors to refund consumers to talk of just how long the likes of ESPN and regional sports networks contractually have to make up their promised numbers of events. The latest commentary on this front comes from David Watson, a senior EVP at Comcast and the president of Comcast Cable, and it illustrates just how hard it may be for consumers to actually get refunds out of this.

Watson made these remarks in discussions with analysts at the (virtual) MoffetNathanson Media and Communications Summit Tuesday, and his comments show that the whole discussion of refunds over live sports is a long way from settled. From a Reuters transcript, here’s one notable question Watson was asked and his response (in bold):

And on the subject of sports for a second, this question that everybody has been asking for the last few weeks, what happens to the sports rights fees that are — customers are still paying you because you’re still paying RSNs and ESPN. They’re still paying leagues, all of which is sort of dependent on the idea that the seasons are postponed rather than canceled. When do we get some resolution on that set of questions? And how do you think it resolves?

Well, starting with the point here is that when leagues do decide to give refunds of any kind, and then it’s through the programmers and then to their distributor partners, us. When we get those, we’re going to share those with the customer right away. Where — as soon as we get them, we’ll move towards sharing those with the customer. The issue that comes down to the sports ecosystem is not aligned. And you mentioned between the sports leagues, we have to pay close attention, which we are, watching very closely what’s happening in Europe. And hopefully, that moves towards the U.S. There’s an opportunity to do it in a safe, good way. I think people are ready. People are ready to view it on television. And when that moment happens, maybe there are some leagues that have already started, they can complete it in some form or fashion. But the contracts between the leagues, the programmers, the distributors don’t line up. And there are different rights that exist between the agreements between each of the parties. And in some cases, the form of refund could be in kind. We’re having to see. We’re going to see very — watch very closely, along with the customers, as to what’s going to happen here. But yes, we’ll move very quickly once it becomes clear.

These comments are notable for illustrating the complex ecosystem of live sports on TV. As we’ve discussed before, leagues contractually guarantee to networks (especially RSNs) that they’ll play a certain amount of games each season, and RSNs then guarantee to providers that they’ll show a certain number of games in order to receive certain levels of carriage and per-subscriber fees. That’s why leagues like the NHL and NBA are still talking about resuming their regular seasons rather than just pivoting to the playoffs (even though it’s already after when they’d usually begin postseason play); those regular season games have impacts for networks and distributors.

But Watson’s line here that the contracts “don’t line up” is particularly significant, as it illustrates that this isn’t an easy fix for anyone. And cases like ESPN, where it’s been reported that they have until September 2021 to make up missed live events as per their contracts with distributors, further show that. The different parties involved here all have different contracts with different timelines for mandatory delivered events, which complicates any refund discussion.

The other significant comment from Watson here is that “in some cases, the form of refund could be in kind.” And that really illustrates how even any refunds that are eventually issued may not make it down to consumers in a substantial way. Networks and advertisers often do in-kind deals (for example, if a certain NFL playoff game or Super Bowl doesn’t hit the viewership the network promised advertisers, those advertisers might get some free ad spots on other programming later), and it definitely wouldn’t be surprising to see some of that carry over into the whole live sports fee situation.

So that’s a further blow to consumers actually getting reimbursed for the fees they pay cable providers for sports channels during a time without much sports. Yes, those networks aren’t currently delivering the events they promised, but at the moment, many of those are postponed rather than cancelled, and even if they do wind up cancelled, consumers would have to get providers to get networks to get leagues to deliver refunds, a number of steps that means that any actually-issued refund might wind up being pretty minimal.

Of course, this is all very hypothetical at the moment, especially as we don’t really know if and when most leagues will actually be able to resume. And that, and how much of their season they wind up playing, will be a key component in any sort of refund discussion. But Watson’s comments here are notable as an illustration of how this is far from a simple process, and of how many layers are involved in it. And even if leagues do eventually wind up providing some refunds to networks, and networks pass those on to providers, and providers pass those on to consumers, those may not be all that substantial.