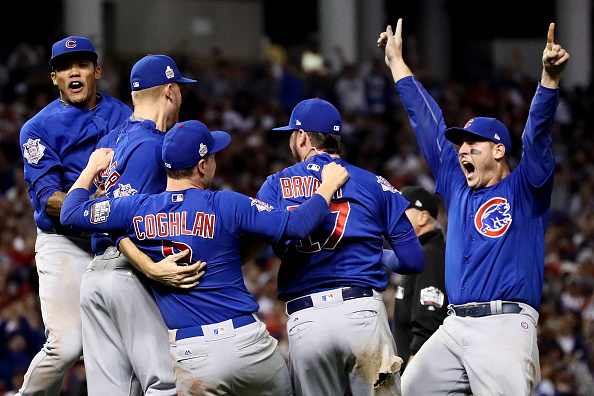 The days of the Chicago Cubs as an underdog are long gone. These days, they’re one of Major League Baseball’s premiere franchises. A perennial playoff club, they’re two years removed from a World Series title and find themselves in a good position to get back there once more this season. Off the field, The Ricketts Family has not only overseen the rejuvenation of the franchise but they’re also in the midst of remaking the area surrounding Wrigley Field in their image. They bought up just about every piece of real estate they can and they’re changing Wrigleyville from a blue-collar neighborhood into a luxury playground. Goodbye Taco Bell, hello high-end restaurants.

In other words, the Cubs are no longer a baseball team. They’re a brand and a successful one at that. And as the American sports gods have decreed in the 21st Century, the Cubs cannot simply let their games be broadcast on someone else’s network. They must have a network to call their own.

Per 670 The Score, the Cubs plan to part ways with NBC Sports Chicago in order to start their own TV network as soon as October 2019.

The NBC Sports Group, the Cubs, the Chicago White Sox, Chicago Bulls, and Chicago Blackhawks all currently have a 20 percent stake in NBC Sports Chicago but the current broadcasting rights deal ends in October of next year. The four pro teams and Comcast SportsNet formed the partnership back in 2004 (The RSN rebranded in 2017 after Comcast took over NBCUniversal) in order to increase revenue for each of them over their previous deals with WGN and other networks. That worked out well but the Cubs have pulled away from the other franchises in terms of success, visibility, and brand appreciation, giving them the leverage they need to start their own venture.

According to The Score, it’s unclear exactly what the Cubs plan is, though the franchise is apparently “contemplating bringing in a carrier to oversee the production for their own regional network or possibly going it alone by producing and selling their own product.” According to their sources, Disney and NBC Sports are also both interested in partnering with the Cubs in the venture.

However it happens, there’s no doubt it’s going to get done. The Cubs aren’t the Yankees in terms of value and visibility, but they’re certainly as popular and successful as they’ve ever been. There’s no time like right now to establish their own network and ensure an even stronger revenue stream so that they can continue to compete with the rest of the league if and when their recent run of good fortune runs out.