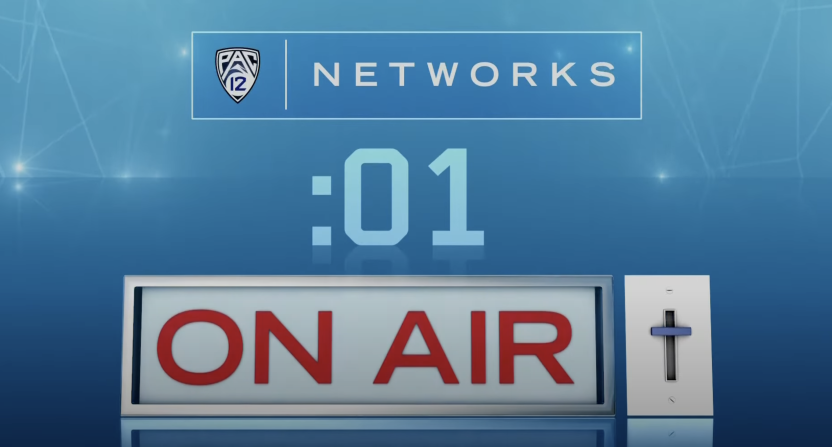 If you’re a college football fan, you generally know the lay of the land when it comes to the growing disparity of television money between members of the various Power Five conferences. Over the last 15 years, the Big Ten and the SEC have pulled away from their peers, often jockeying back and forth depending on who most recently negotiated their tv rights. It’s a good rivalry…off the field at least.

With the Big Ten currently negotiating its next rights deal, and one that is believed to bring the conference over a billion dollars a year, eyes are beginning to turn to Big 12 and the Pac-12 who are next in line to negotiate new deals to improve their standing on the TV revenue front. Both conferences will do so under the background of ESPN and Fox having splurged to acquire Big Ten and SEC rights and both likely eyeing an expanded College Football Playoff contract. There is a sense that both conferences will have to make some concessions to not fall even further behind with more non-ideal kickoff times, more games moving to streaming, and/or moving games to lesser-known platforms and channels.

This week, we got a glimpse into how the Pac 12 might try to thread that needle, as veteran Pac-12 reporter Jon Wilner of The Mercury News  laid out his best guess as to what we might see play out.

I would bet (heavily) that all football games are pulled from the Pac-12 Networks in next media cycle.

Conference cannot afford to have its most valuable inventory on outlet with such limited reach https://t.co/u6nCrIAzjU

For those unfamiliar, Wilner is one of a few insiders who have been consistently in the know about Pac-12 dealings, and particularly the conference’s challenges with their owned-and-operated television networks. Wilner has hinted a few times about the precarious position the conference and networks are in. Here’s what he wrote in March of 2021:

“Where does that leave the networks, which have severely underperformed expectations in the areas of revenue and reach and are contractually bound to the status quo until the summer of 2024?

Multiple industry experts believe the conference should consider every option, including:

— Fold the Pac-12 regional networks, leaving only the national feed and creating a revised model that resembles the Big Ten and SEC networks.

— Shutter the Pac-12 Networks entirely, including the national network, and sell the content, which includes about 35 football games, to a major media company or perhaps a streaming service (for example: DAZN).”

The third option would be the most lucrative but is also the trickiest to accomplish.”

The window for option three has come and gone. Nothing doing.

More recently, Wilner wrote an article trying to peg a value on the Pac-12 Networks, given that it’s very possible we could see the conference divest them or shutter them given their current trajectory. Wilner came up with a number of  $250 million, which sounds great. But when you realize other conferences are close to taking home a billion dollars a year in media rights, it’s really small potatoes for a long-term investment, and more of a soft landing for a venture that just never really lived up to expectations. I think the conference would have a tough time finding anyone interested in a straight acquisition at that price-point.

“With two years remaining in their contract cycle, the Pac-12 Networks face a murky future as a linear media company with a smattering of subscribers outside the conference footprint.

Despite their high production quality, they are essentially a Regional Sports Network.

They could be sold to a larger media company for use on its direct-to-consumer platform (e.g., ESPN+ or CBS’s Paramount).

Or they could exist as a stand-alone streaming service that airs only the Pac-12’s Olympic sports events.

Because whatever the future, the football and men’s basketball games currently shown on the Pac-12 Networks will undoubtedly be sold to a media company that provides broader reach and more cash.

“The Pac-12 needs to put its inventory where the eyeballs are,” another analyst said. “The Regional Sports Network business is rough right now.”

That brings us to yesterday’s tweet. While merely an incremental change in position, “I would bet (heavily) that all football games are pulled from the Pac-12 Networks in next media cycle” holds a lot of water for me given Wilner’s sources and knowledge of the inner workings of the conference. Wilner is essentially saying that the conference currently leaves money on the table trying to prop up the Pac-12 Networks by having football games on the channel (and his earlier article indicates men’s basketball is potentially in the same boat).

Given that the outlook and trajectory for the Pac-12 Networks has stayed consistently bleak compared to other conference networks, the takeaway here is that the conference is no longer interested in pursuing the long-term upside of propping up the Pac 12 Network with football games. It’s costing them money, and there isn’t reason to believe that’s going to stop. So why keep doing it? The writing is on the wall.

So if this comes to fruition,  this really eliminates the option laid out of revising the model to match the Big Ten Network and SEC Network. Those networks have football. That’s where the value is. Eliminating football really leaves a pretty limited amount of options in a) shuttering the network and selling the content and or  b) potentially pivoting the Pac-12 Networks into an Olympic sports-only streaming service.

Yes, that’s a lot of deduction from a tweet. But again, Wilner’s been really plugged into the Pac 12’s media struggles for awhile, so I’d double down on his thinking and in a big way. It’s economics, it’s common sense, and it’s the prevailing thinking. So where does that leave us?

Soft landings are not a bad thing. It’s just looking yourself in the mirror, or getting on the scale, and being honest with yourself. The Pac 12 just didn’t have the right setup, the right partners, and really the eyeballs and the juice to do their own network. More games for more widely-distributed channels, and/or more games on streaming platforms like Apple TV+, Amazon Prime,  Paramount+, or ESPN+ is probably no worse than the current situation with the Pac-12 Networks’ small and consistently eroding distribution. Better platforms and more money is hard to pass up, and that’s just the reality the Pac -12 will soon be having to face. Making this change likely won’t get them that much closer to the Big Ten and the SEC, but perhaps it gets them in a better position than the ACC and Big 12 who similarly have some tough decisions to make of their own.

While it’s never great to walk away from something you’ve been invested in for so long and had high hopes for, it’s often a freeing experience and one that is for the better. It’ll certainly be interesting to see how the Pac-12 plays this out given the hand they’ve been dealt. There are a lot of options and players at the table. Luckily, Larry Scott is no longer holding the cards.