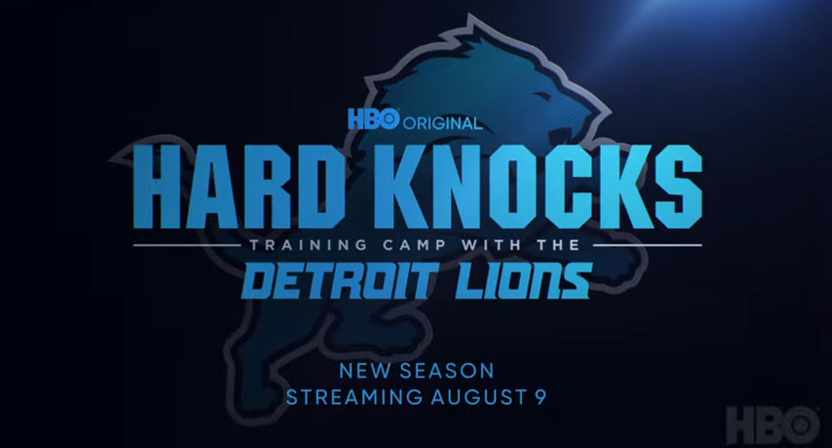 On Tuesday, Aug. 9, the latest season of Hard Knocks will premiere on HBO (10 p.m. ET/PT), and a week ahead of that, HBO and NFL Films have released a full trailer for it. As announced in March, this year’s training camp Hard Knocks will focus on the Detroit Lions (there will also be an in-season one on the Arizona Cardinals), who are coming off a 3-13-1 season. As you might expect for a team in that situation, there’s going to be a lot of focus on second-year head coach Dan Campbell, and the trailer (which has Campbell’s comments and a NFL Films score over footage of practices and meetings) illustrates that:

Here’s what Campbell says in the trailer:

“This is the time to focus, continue to grow and develop, work on fundamentals. We’ve got to apply pressure. From this time last year, we’re at a higher level. These guys are really competing. They’re smart, they’re relentless. These guys will be a terror in the league.”

Campbell started his coaching career as an intern with the Miami Dolphins in 2010, then became their tight ends coach the following year, a position he’d hold through 2015. He also wound up as the Dolphins’ interim head coach for the rest of the 2015 season following the firing of Joe Philbin, leading the team to a 5-7 record under his tenure. After that, he moved to the Saints as assistant head coach and tight ends coach, and held that role until Detroit hired him ahead of the 2021 season. And this whole personal life section from his Wikipedia entry is worth quoting:

Campbell is a noted fan of Metallica, and during his time at Texas A&M, he was nicknamed “Dantallica” by his roommate Shane Lechler. He also enjoys country music and classic rock. During his playing career, he was nicknamed “The Dude”, due to his resemblance of Jeff Bridges’ character in The Big Lebowski. Upon joining the Detroit Lions, he gained the nickname “MC/DC” by Pat McAfee on his daily radio show. The acronym is short for Motor City Dan Campbell, and is also a reference to AC/DC.

From “Dantallica” to “The Dude” to “MCDC,” there should be plenty to keep an eye on with Campbell this training camp, and it looks like Hard Knocks will serve up quite a bit of that.

Hard Knocks will premiere on HBO Tuesday, Aug. 9, at 10 p.m. ET/PT. Further episodes will follow Tuesdays at that time through the Sept. 6 season finale. The series will also be available to stream on HBO Max.