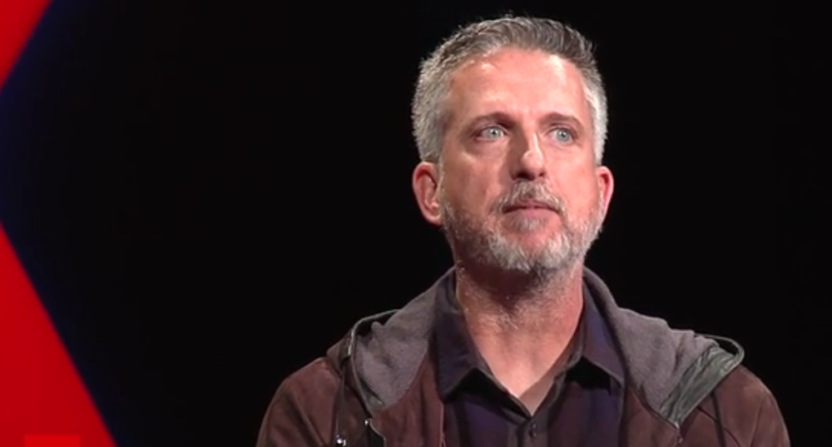 It looks like the forthcoming Andre The Giant documentary is just the first of many Bill Simmons is going to create at The Ringer. In a piece published Friday, Lacey Rose of The Hollywood Reporter writes that Simmons is launching a Ringer Films division for both short- and long-term documentaries covering both sports and pop culture. Simmons and Ringer president Eric Weinberger will work together to run the division for now, and look to hire another executive to head it up in early 2018. HBO will get a first pass on these documentaries as part of their initial investment in The Ringer and their deal with Simmons.

The first documentary under the Ringer Films brand is the aforementioned Andre The Giant film He Was A God, a co-production with HBO Sports and the WWE, which released a trailer Friday and will debut in April 2018. Simmons told Rose he has plans for more, and he thinks there’s room out there even in a crowded sports media landscape:

The doc space is a crowded one right now. Why jump in?

It’s really cluttered right now but it’s not necessarily cluttered with great stuff. So, when you do something good, it really stands out and there have been a few examples of that.

What have those been for you recently?

The Defiant Ones was one of the best docs ever and, while this isn’t something that we’d do, I thought the Jim Carrey documentary on Netflix [Jim & Andy: The Great Beyond] was really good, too. I think, especially on the sports side, that there’s a bit of a staleness that’s crept over this stuff that we want to reinvigorate it. For better or worse, 30 for 30 had a big impact on people making sports documentaries and they’re becoming a little formulaic. I think they could be a little more creative and we’ll look at that. One of my few talents is that I’m good at helping a documentary get a little better — I’m just good at the process of it. What we’re hoping for in the next couple of years is that we find a few filmmakers who we like, especially some younger ones who are on the rise, and then try to come up with some cool ideas with them.

Some of that would certainly seem like shade at ESPN’s 30 for 30 series, which Simmons was heavily involved with during his time at the company. However, while ESPN is a big part of the sports documentary space, they’re not the only ones making sports documentaries, and Simmons’ criticisms aren’t necessarily directed specifically at them. And when Rose asked him about 3o for 30 specifically, Simmons had some praise for it:

…When people hear Bill Simmons is launching a documentary division, the natural assumption will be, “Oh, he’s going after ESPN’s 30 for 30 brand.” Fair?

I’m sure some people will think that but I wouldn’t look at it that way. With 30 for 30, we did 30 and then we thought the thing was going to die. Then they allowed us to do another 30. And now, it’s just kind of going. I don’t know how long they plan on [continuing]. I certainly never wanted to do more than 50, but I was gone by the time they decided to keep it going. Our intention with 30 for 30 was always to eventually prevent it from becoming [ESPN biography program] SportsCentury. SportsCentury had hit this point where it was just a formula – they were running out of people to do, and they were still doing them and it just got stale. I hope that that’s not what happens with 30 for 30. But no, it’s not on our radar and we could never compete with them. And, also, I feel like I’m on the 30 for 30 team in a lot of ways, it’s one of my babies. With this, we’re just trying to do quality stuff. I don’t want to make a shitty documentary.

So, it’s not necessarily Simmons particularly bashing his old network, but it is interesting to hear him lob criticisms  at sports documentaries in general and insist that he’s “good at helping a documentary get a little better.” Rose’s article is also notable for its discussion of short-form documentaries (Simmons says “between four and 15 minutes, that’s the biggest growth area for this space,” and mentions that these could live on “Facebook or Twitter or YouTube,” not necessarily TheRinger.com) and for Simmons’ comments about this being “phase three” of The Ringer (phase one was launching it, phase two was moving it to Vox).

But the big news here is Simmons declaring his plans to get into documentaries in a larger way, and him throwing shade at some competitors in the space. We’ll see who eventually is picked to run Ringer Films, what the new division comes up with, and if it can overcome what Simmons describes as “staleness” in sports docs.