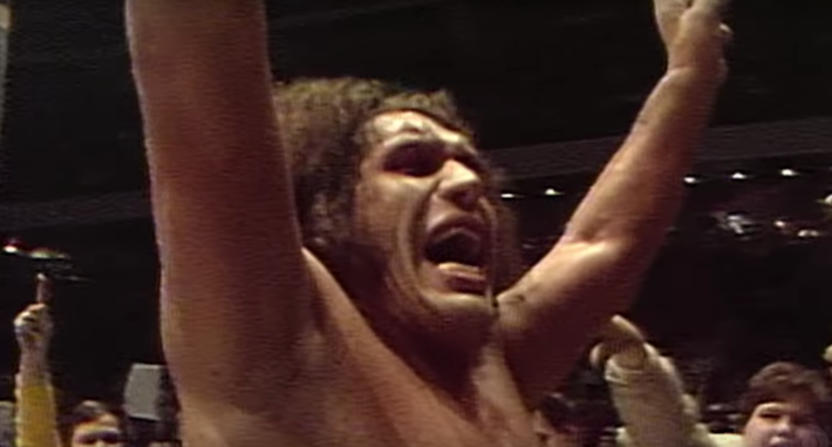 On Friday, HBO released a 30-second teaser for the network’s upcoming documentary on wrestler (and actor!) Andre The Giant, “He Was a God,” which is being co-produced by Bill Simmons and will debut in “spring 2018.”

The teaser is pretty straight-forward, featuring clips of Andre’s wrestling career and a voiceover declaring, “He was a god, literally the biggest celebrity in the world. He is at once a real human but at the same time a mythological figure.”

Page Six first reported in late 2015 that the documentary was in the works, and Awful Announcing confirmed the following summer that the film would move forward with Jason Hehir directing. Around the same time, word leaked of an Andre the Giant feature film in development, but that project seems to have stalled.

HBO’s documentary will be co-produced by WWE, HBO Sports and Simmons, who previously worked with Hehir on multiple “30 for 30” documentaries. Given that HBO canceled Simmons’ “Any Given Wednesday” talk show after only five months and has not put him on air since, this film appears to be pretty much all the network is getting from its former star hire.

“Going back to 2007 and 2008 when I was creating and developing ‘30 for 30’ for ESPN, Andre’s story rode the top of every single sports documentary wish list I ever made,” Simmons said when the documentary was officially announced in February.  “We always hear about unicorns these days – Andre was the ultimate unicorn.  He’s a true legend.  Everyone who ever crossed paths with him has an Andre story – and usually four or five.  I’m delighted to join forces with Jason Hehir and WWE so we can capture Andre’s amazing story once and for all.”

After several years of buildup, expectations will be high for “He Was a God,” and Andre The Giant would seem to provide some pretty compelling subject matter. We’ll find out in a few months whether the doc matches the considerable hype.